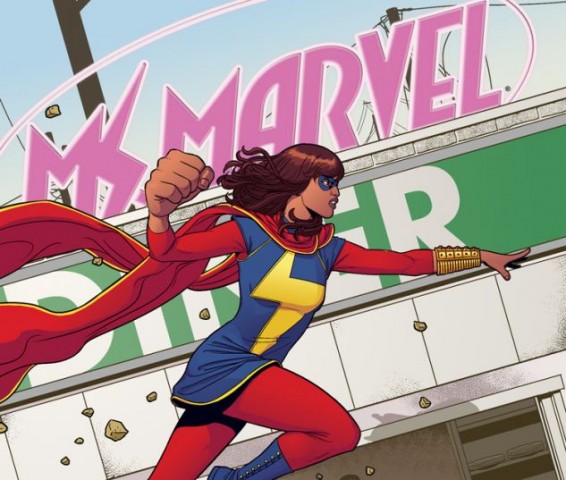 [Correction: An earlier edition of this article incorrectly stated that Comixology’s deals are available only through the website, rather than the Comixology app. The article has been updated and we apologize for any confusion.]

When a recent article at Poprama decided to blame readers for low sales of diverse comics, I couldn’t help but be really annoyed. The article made a sweeping generalization of comic readers mostly based on the sale of comics released by The Big Two and a lack of data for digital comic book sales. Yet, the reason for low sales of diverse comics isn’t so simple. It’s based on multiple factors including accessibility, affordability, and a lack of general knowledge that such diversity is even out there.

When it comes to accessibility, everyone doesn’t obtain their comics the same way. Some may visit their local comic shop, bookstore, or even Walmart. Others may buy digital comics from places like Comixology or Humble Bundle. Moreover, some people borrow comics from other people who bought comics, such as a friend or a library. It’s crucial that we find a way to retrieve sales data for all different comic formats and comics bought from different places.

Another important factor to consider is whether comic shops are friendly enough to their customers that they want to buy comics. In 2014, Comic creator and cartoonist Noelle Stevenson made a Tumblr comic about how men treated her at a comic store. While tools such as Girl Wonder help with finding comic shops that treat their female customers well, there are still less respectable comic shops that can discourage female comic book readers.

Sometimes, accessibility is also tied into whether or not people can afford to buy comics. As a comic fan on a budget, I rarely buy comics more than a few times a year (birthdays, a couple personal treats, and Christmas). All the extra money I have is on my Amazon gift card, and I even have to budget that in case I need to buy something more important. As a result, the best way for me to read comics is to either buy them digitally or borrow them from the library.

The way I buy comics now is somewhat influenced by how I purchased comics growing up. Every birthday or Christmas, my mom would take me to buy manga from Barnes and Nobles. Occasionally, she’d buy me a cheap Archie Digest comics from the grocery store counter. While I don’t buy these kinds of comics anymore, I still remain frugal when I buy digital comics from Comixology.

Of course, you can’t buy or read any comics if you don’t even know about them. This particularly applies to new comic book fans and fans who get interested in comics through their films or shows. Both the Marvel and DC films aren’t as diverse as their comics. Even television shows like Agents of S.H.I.E.L.D. and Jessica Jones aren’t as diverse as they could be, with characters of color either relegated to the background or killed off. Animated series aren’t doing too much better, especially with some superhero cartoon executives not wanting a large female audience.

Comic book readers and potential comic book readers are just as diverse as the characters and stories they want to see. They are more than just numbers and statistics, but readers with circumstances and personal preferences that affect how they read comics. Instead of blaming existing readers for not buying diverse comics, we must devise better ways to make them accessible and draw in more readers—something all publishers should be interested in.