Oh My God, We Want to Live in the Immersive Star Wars Hotel Disney May Be Creating

R2, grab me a drink from the minibar, would you? 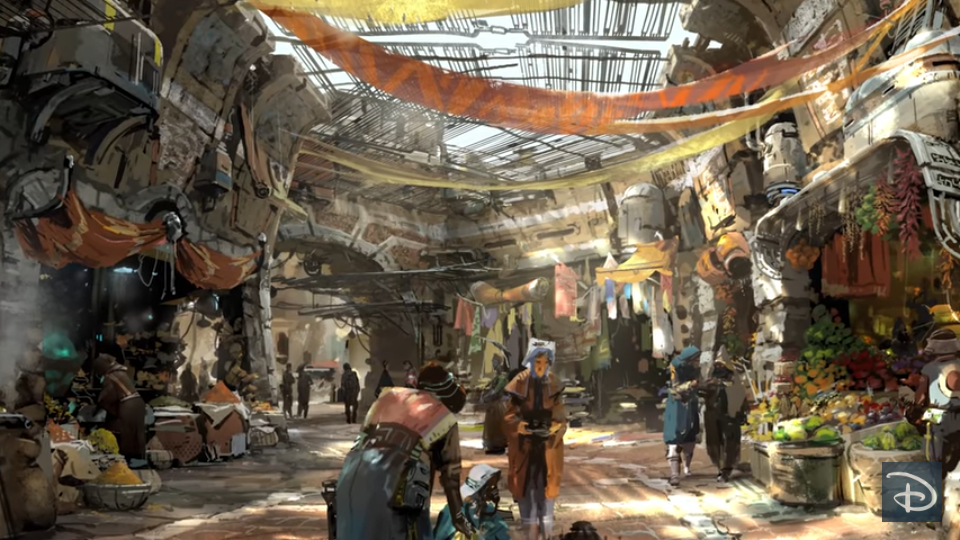 We were already pretty excited about Disney’s Star Wars park expansion (pictured above), because Disney parks are always awesome, Star Wars is a perfectly suited fictional universe for such an experience, and because their Star Wars plans in particular sound amazing. That may not be all they have in store, though. Reports suggest they’ve got a fully immersive hotel in the works, and we’re suddenly very interested in the idea of taking up permanent residence in a hotel.

Although, according to the available information, that would actually result in a kind of Groundhog Day feel, because the alleged hotel has its own story that takes place over the course of 2-night stays, with all guests checking in and out on set days to make sure everyone experiences the same timeline of events. We could certainly think of a worse two days of our lives to repeat over and over than “the ones where I was part of a Star Wars story,” though, so it might still be worth it if you happen to be exorbitantly wealthy.

The report, over on WDW News Today (with some nifty concept art), says that the hotel Disney is surveying guests about would be modeled to make you feel like you were staying aboard a ship in the Star Wars universe, complete with live performers allowing you to interact with Star Wars characters, training activities involving ships and lightsabers, freaking droid butlers, secret missions, and more. It’d also include admission to and interact with the larger Star Wars Land we already know about, which makes perfect sense and sounds like the ideal way to experience that park.

WDW pegs the cost at $900 to $1000 per guest, which isn’t too outlandish considering the whole package you’re getting, including park admission. Now, we just have to multiply that by how many two-night periods we have left on the average human lifespan …