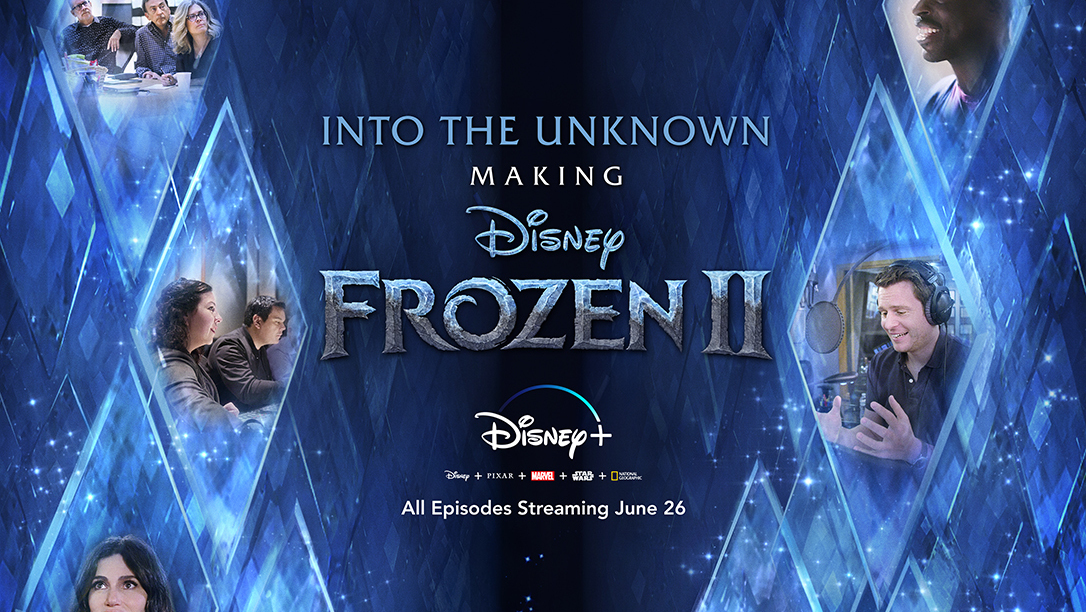 When directors Chris Buck and Jennifer Lee set out to make Frozen II four years ago, they had no idea that in 2020 a story about reassessing past wrongs, isolation, and acceptance would be so extremely relevant to the world in the months after the film’s release, but they did know they were making something special.

All six episodes of the series will drop Friday on Disney+, but ahead of the release, the creatives behind the mega-hit movie along actors Josh Gad and Idina Menzel took some time to discuss the project and the making of the film with the press. And the making of the movie was indeed almost as big a journey as the one taken by the characters.

“None of us had any idea what it was gonna be,” Josh Gad said of the first Frozen, “we all just hoped it would work.” But after the movie became a global phenomenon, the pressure was certainly on for the follow-up. Not just because the directors felt that there were many questions left unanswered by Frozen, but because they felt such a deep obligation to the fans and children that loved the original and would grow up with this film as well.

And as if that pressure wasn’t enough, the creators also allowed cameras in, so that their entire process would be documented. Sounds a bit stressful. In regards to the expectations on them, director Jennifer Lee explained, “I think in terms of letting people come in and film us … I loved those things as a kid,” and she relished the opportunity to show fans how the magic is made.

But sometimes it was a bit awkward. For Kristen and Bobby Lopez, letting a five-person crew into their tiny Brooklyn apartment to watch their usually very private process of composing a song was both physically uncomfortable at times, and nervewracking. The Lopezes confessed that they would try to get the bulk of the work done alone and then record their demos with the crew there, because that’s where a lot of the detail work happens. 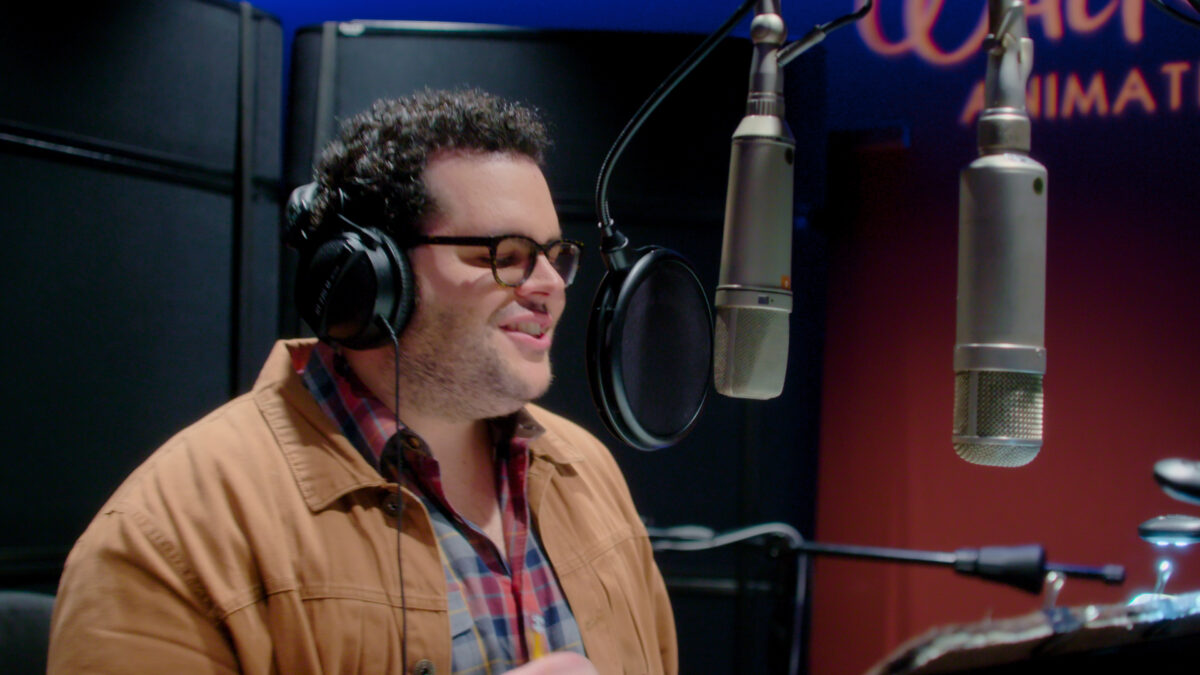 It was also awkward for Josh Gad to have a crew filming intensely in the booth. He joked that Idina Menzel is used to massive crowds when she performs, but for him, getting into character as Olaf is far more intimate and was a bit hard to do with so many spectators. For Menzel’s part, she appreciated the crew and the documentary so that audience could share in her appreciation of the animators and artists that made Frozen II. “It just humbles me, seeing how much work goes into it,” Menzel said.

And some of the work that goes into it is pretty surprising. Melanie Walters, a supervising animator for Elsa, had to get pretty physical and creative with her references, asking her boyfriend to film her running down the street and reference for Elsa. “You want to get whatever reference you’re using to be as accurate as possible to the shots, so it’s more informative that way,” Walters said of the rather unconventional technique. But then again, the documentary will also showcase a moment where Walters’ face was on several reindeer, which is something she never thought would see the light of day … and yet. 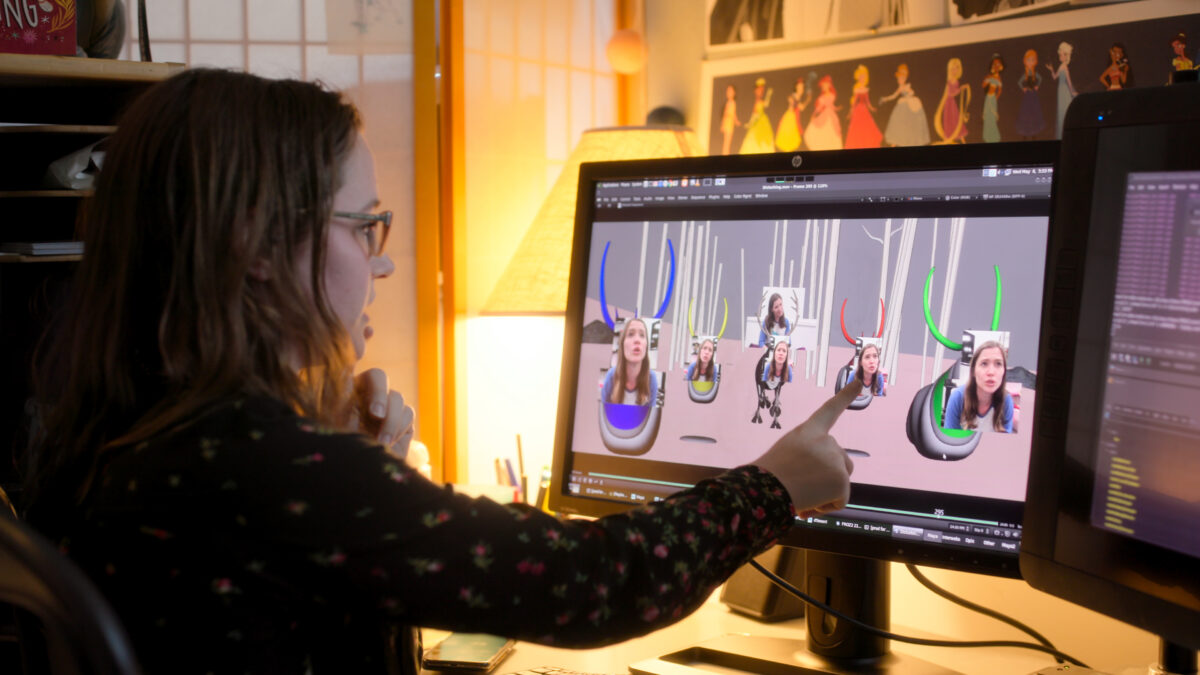 The creators of Frozen II let themselves be pretty vulnerable with the documentary crew it seems, and the theme of vulnerability kept coming up as they all discussed making the film. Menzel, Lee, the Lopezes and more all emphasized that vulnerability is essential to great, honest art, and in the case of Frozen II and Elsa, it’s her power and her vulnerability that has made her such an important character.

Lee, Buck and company truly do understand what a powerful platform they have with this movie, and how impactful Elsa is for audiences. The climactic moment for Elsa comes with the proclamation “You are the one you’ve been waiting for,” but getting to that idea wasn’t easy, according to Lee.

“it was such an abstract concept thing to do that. It’s hard to get your head around story-wise the idea that you’re going to have the answer be herself.” This journey and the journey of making “Show Yourself” is central to the documentary as well, since it’s pretty much the entire point of the movie. “‘Show Yourself” was an arrival of her into her true power, and we’d never seen that in a woman growing up. To know that you have the answers within you.”

But showing that is hard, and getting to point where that realization made sense was very difficult. But it was something that composer Kristen Lopez pushed from the beginning. Lopez explained: “If Frozen I was trying to open the lens of true love to include familial love, the thing I was so excited about … was looking at the way could we open the lens to find your own power.” Elsa’ biggest moment is finding herself, what Lopez explained as “that moment when, especially for a woman, when you realize ‘this is my purpose in life, this is my path, this is what I have to say,'” and how that could “really feel like true love too.”

Well, it certainly did, and all six episodes of the journey to how these brilliant artists got there will be available to watch on June 26 on Disney+.