Is Disney Doing Enough for Its LGBTQ+ Park Fans? | The Mary Sue

Is Disney Doing Enough for Its LGBTQ+ Park Fans? 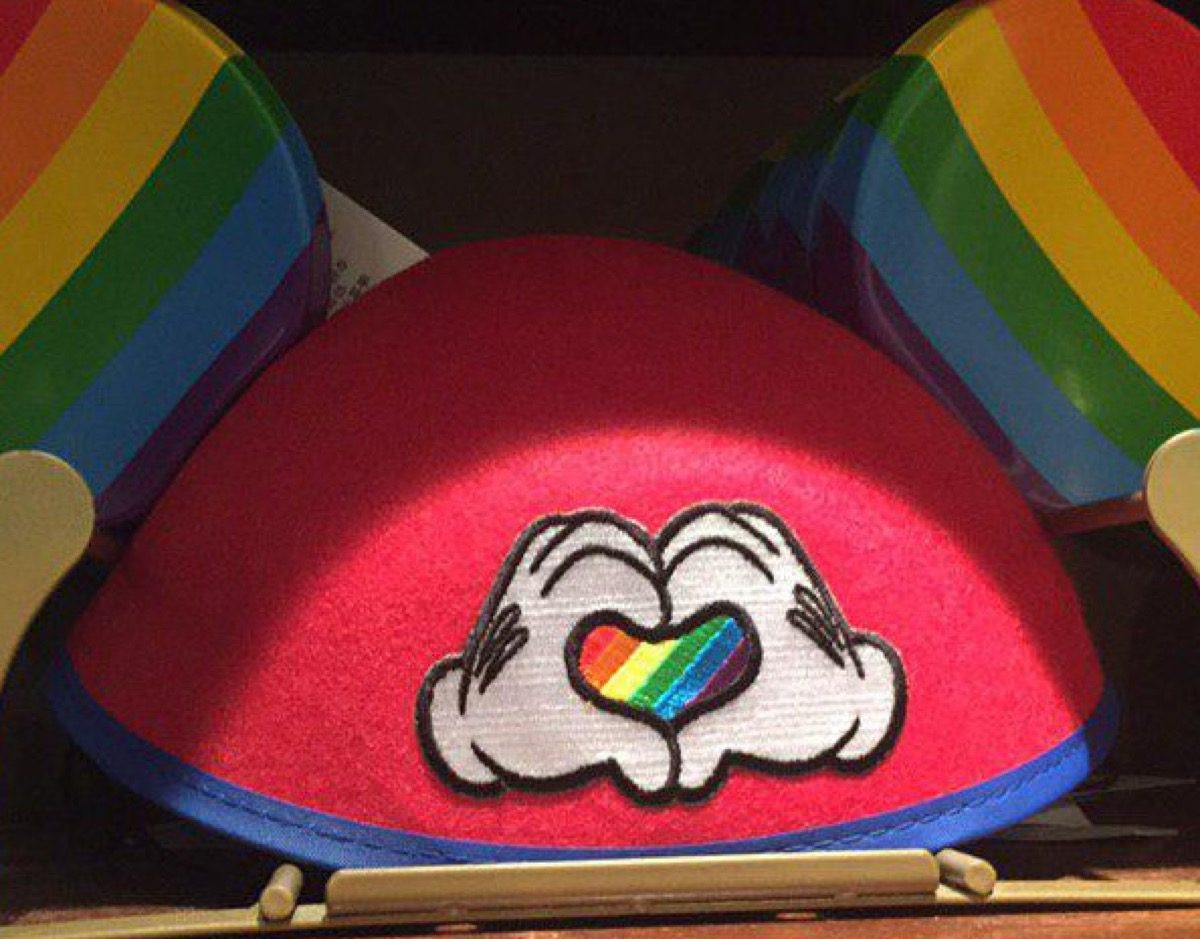 Disney recently announced that it will hold its first-ever theme park event dedicated to its LGBTQ+ fanbase this April. Disneyland Paris will play host to a separate admission, late-hours party called Magical Pride, which will include, according to their website:

“- A brand new parade illuminating the streets of Walt Disney Studios Park with a vibrant Pride atmosphere
– Disney Characters out and about, excited to share a special moment with you
– The rare chance to ride our thrilling attractions late into the night, in Walt Disney Studios Park
– A stunning dance party featuring some artists dropping some banging beats
– And many more magical surprises!”

This is incredibly interesting for several reasons. For one, while Disney has made several attempts towards representation in some of its media, this is the first time the company has overtly offered such representation in its theme park branch, which has been its profit bedrock for decades.

Then, there’s the fact that an unofficial event called Magical Pride has already been going on at Disneyland Paris for years, serving as a meet-up between LGBTQ+ guests at the resort, organized by a travel company called Greatdays Holidays. As CBS News explains, “While unofficial Magical Pride events have taken place at the park since 2014, this is the first official pride event organized by Disney.”

To understand why it took so long for Disney to lend recognition to this event, similar unofficial events in Orlando and the Disney Corporation’s mixed history with its LGBTQ+ fans and workers need to be examined.

If you go to Disney World in Orlando as of the day you read this article, you will not have to look hard to find rainbow merchandise. Pins and Mickey ears were available at the Emporium store in the Magic Kingdom when I went this February, and I have seen them across Disney’s other parks on both coasts. There is nothing to mark them as actual LGBTQ+ flag-themed souvenirs at the parks themselves other than their design, which is admittedly immediately recognizable as that familiar pattern in several cases.

When these products were unveiled on their website, Disney did do charity payments on the profits they received that benefited the community rather directly. According to Gayety last year, “From May 14 to June 30, 2018, in celebration of Pride month, shopDisney will donate 10 percent from the online purchase of any item from the Rainbow Mickey Collection to GLSEN (www.glsen.org), a leading education organization ensuring safe and inclusive schools for LGBTQ students.”

Disney World is the shining jewel of the Disney theme park line, with more parks in its resort than any of its other properties. Just like with Paris, the Orlando resort has its own self-organized LGBTQ+ meet-up: Gay Days.

This event, which has spawned its own sister event at Disneyland and is joined by another event called Girls in Wonderland, is an annual party at hotels in the Kissimmee area where convention spaces are rented out and a more traditional pride party is held. Guests wear red shirts and visit a specific Orlando park every day of this celebration.

Mic states, “Now, GayDays is so big that it’s impossible to ignore—but attendees at the very first Disney meet-up in 1991 took measures to not be immediately identified as LGBTQ by the crowd. They decided to all dress in red, ‘not rainbow’ because ‘they wanted to blend in and not necessarily offend anybody,’ Steve Erics, GayDays creative director, explained … adding ‘not everybody was openly gay.’ The red shirts stuck around, but GayDays began to grow and grow, becoming a regular, unmissable event at the theme park.”

Being surrounded by thousands of other people signaling that they are part of the community really does cultivate an environment of safety and belonging. Furthermore, Disney is also renting out Typhoon Lagoon and their House of Blues this year for an LGBTQ+-focused and community-organized event called One Magical Weekend, without backing it with advertisement. 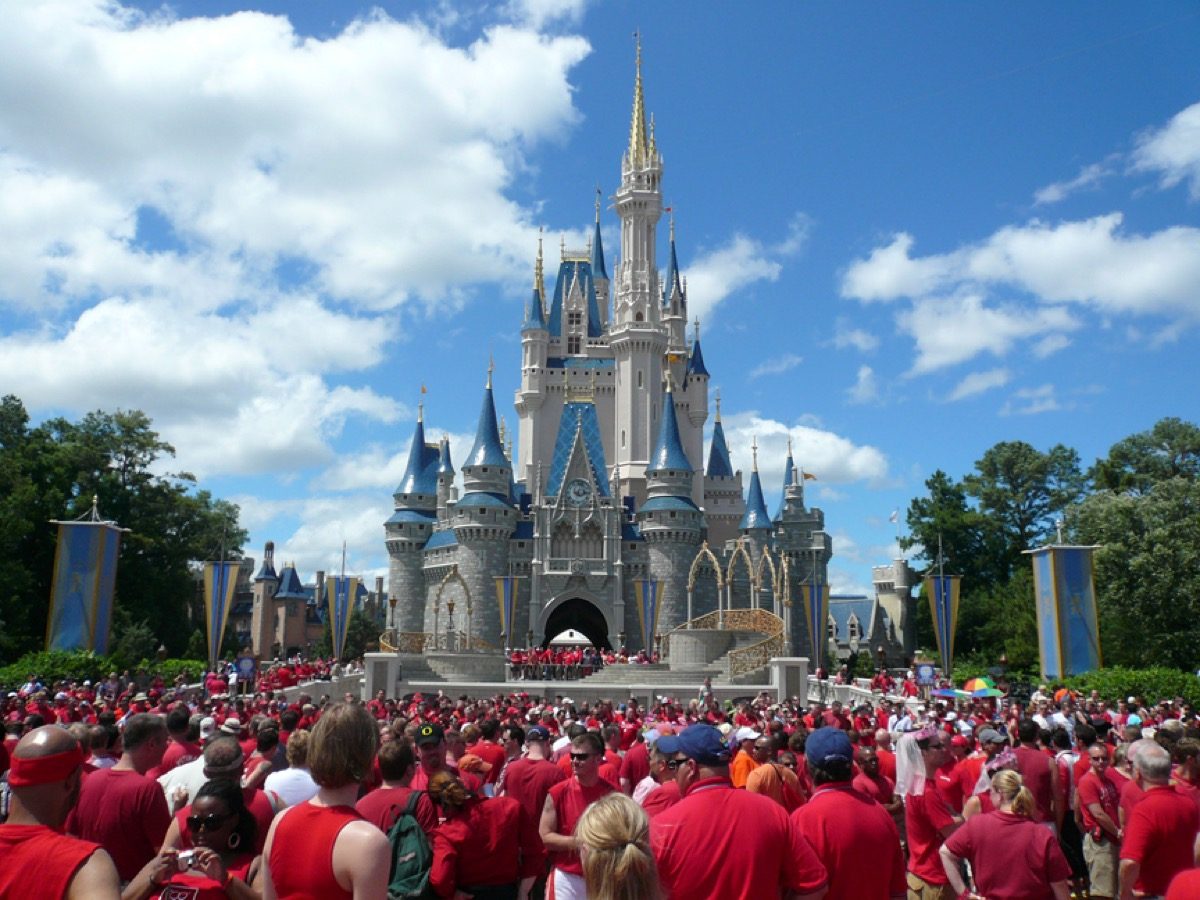 Gay Days has yet to be officially acknowledged in any way by Disney, but hints of recognition are around in the parks. Last year, during Gay Days, pictures of the parks’ “seasonal cupcakes” with vibrant rainbow icing started to make the rounds. Is this gay-baiting or Disney trying to do the best they can within the context of America still being filled with homophobic politicians and organizations?

Consider that even the most inoffensive attempts to stay family-friendly when it comes to pride are transformed by the lens of heteronormativity into something sexual. As TIME Magazine points out, “Even though Disney has never officially sanctioned Gay Days and has asked employees to treat the first Saturday in June just like any other day, Christian-right groups have scolded the company for doing nothing to stop the event. For eight years after Gay Days began, the Southern Baptist Convention boycotted Disney. But it’s unclear what, specifically, conservatives wanted park officials to do—ban anyone in a red shirt on the first Saturday in June?” It may have been because of this attention that they have been reticent to do anything on Magical Pride’s level until now.

This is, of course, not an excuse for not attempting their best. That boycott was eventually lifted and did not keep Disney World from the major hold that it has on the industry in the present day. Disney may look to its theme parks to serve as the baseline for their profits, but at this point, can it really be said that opening up to the LGBTQ+ community on an official level would hurt them?

The company now has such a market share on mass media that families will plan full trips to the parks based on the fact that they’re about to open a whole immersive Star Wars area or coaster based around the Guardians of the Galaxy. Where the parks feed their revenue into the other branches of the corporation, Disney’s film studios are now also working to power the juggernaut of their resort industry like never before.

As Disney takes steps forwards with LGBTQ+ themes in their onscreen properties, they seem to take steps back, as well. Alex Hirsch attempted to get several moments involving lesbian, gay, and genderqueer characters and symbols into Disney XD animated series Gravity Falls, only to be told by Disney to alter the sequences. Scenes cut from Thor: Ragnarok would have established that Tessa Thompson’s Valkyrie is bisexual. The gay content in their live-action Beauty and the Beast amounted to some jokes and five seconds of Josh Gad-on-extra ballroom dancing.

So no, selling rainbow pins and cupcakes and giving a wink-and-nod allowance is not Disney doing their best, not in their current position—not when the resorts have the most-visited parks in the world. Not when they are about to merge with Fox and end up with massive control over what people watch and dream about.

With all that in mind, there is something else to consider about where this event is set. It’s no secret that Disneyland Paris has seen the worst turbulence out of any Disney park during its growth. At one point it would have potentially even closed if things had gotten worse for it. It has been a rocky road for the park to get to where it is today, requiring the company’s direct intervention and a complete takeover from its partners. Disney chose to finally take this leap in one of its least important parks.

Ultimately, this mixed treatment does not change that this is a big step for Disney and a move that should be celebrated. It’s standard for the company to export events and rides internationally, and this may be a trial run for just that. Disney’s small hints of inclusion may not be the most they can do for their fans, but things are at least moving in the right direction.

Another plus is that they are intensely good at hiring LGBTQ+ individuals on both the creative and resort level. One of the directors of Zootopia, Byron Howard, and the lyricist for Beauty and the Beast and The Little Mermaid, Howard Ashman, are gay men.

It must also be said that Disney was one of the first companies to give same-sex couples full health benefits. The New York Times stated back in 1995, “The Walt Disney Company will begin offering health coverage to the live-in partners of gay and lesbian employees on Jan. 1 … [M]ost companies have been reluctant to extend health benefits to gay partners. A health insurance executive said Disney’s decision might change that.” There is material support there, although the wages of theme park employees is a topic that needs another whole article to speak of …

The point is, if this is a sign that Disney is finally ready to go full throttle with LGBTQ+ representation and support, we have cause for optimism. They need to push forward, though. Representation and acknowledgment that come down to paying for souvenirs and renting out parks for events not advertised by Disney is not good enough.

Daniel Ryan Alarcon is a fiction writer who gets into huge rants about comics at the drop of a hat, can’t help but get enthused by every new pen-and-paper system he comes across, loves cartoons in all forms, and is chomping at the bit to tear through the implications they all have when it comes to gender, orientation, and political themes. You can reach him at [email protected].