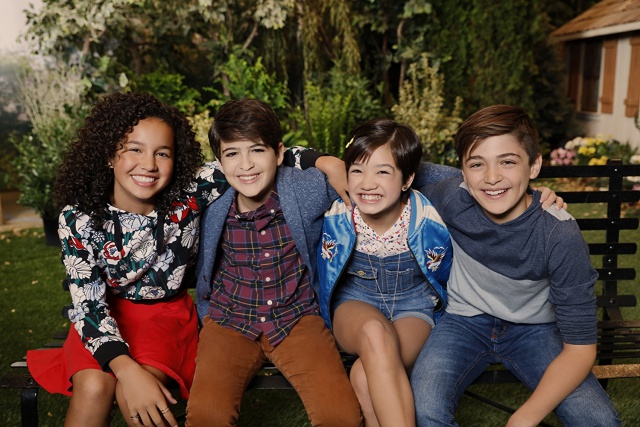 It is hard to believe in the world of media that there are still “firsts” when it comes to networks having LGBTQA content on their shows. It seems like ages since Nickelodeon had Korra and Asami come out as bisexual on The Legend of Korra or the queer content on Cartoon Networks’ Steven Universe. Yet, on Disney Channel’s original series Andi Mack, a main character is going to come out as gay for the first time.

This is exciting news because it is extremely important to have queer content in all-ages shows in order to normalize the feelings for young gay children who may have a hard time accepting their own feelings because they are told, and shown, that “normal” relationships are between opposite gendered people. According to Deadline, this coming out story will begin in the season two:

“Andi Mack is a story about ‘tweens’ figuring out who they are,” said Disney Channel in a statement. “(Creator) Terri Minsky, the cast and everyone involved in the show takes great care in ensuring that it’s appropriate for all audiences and sends a powerful message about inclusion and respect for humanity.”

It is awesome that Disney is taking this step forward towards giving young gay teens a character like this they can relate to. Andi Mack is one of Disney Channel’s most popular shows and has already dealt with some pretty intense issues already, such as the main character Andi finding out that the person she thought was her older sister, Bex, is actually her mother. The writes also worked to make sure the content would be age appropriate for the character and partnered with GLAAD, PFLAG, The National Campaign to Prevent Teen and Unplanned Pregnancy, and Common Sense Media, in order to create a realistic storyline.

“With more and more young people coming out as LGBTQ, Andi Mack is reflecting the lives and lived experiences of so many LGBTQ youth around the country,” said Sarah Kate Ellis, President and CEO of GLAAD. “Television reflects the real life world and today that includes LGBTQ youth who deserve to see their lives depicted on their favorite shows. Disney has been a leader in LGBTQ inclusion and there are so many young people who will be excited to see Cyrus’ story unfold.”

This is an excellent step forward for a network that has already had a very strong queer fanbase for years. Hopefully, this will be the beginning for LGBTQA characters on the channel and the next character won’t need to have a coming out story, or we can have adult gay parents? The more storylines the better.