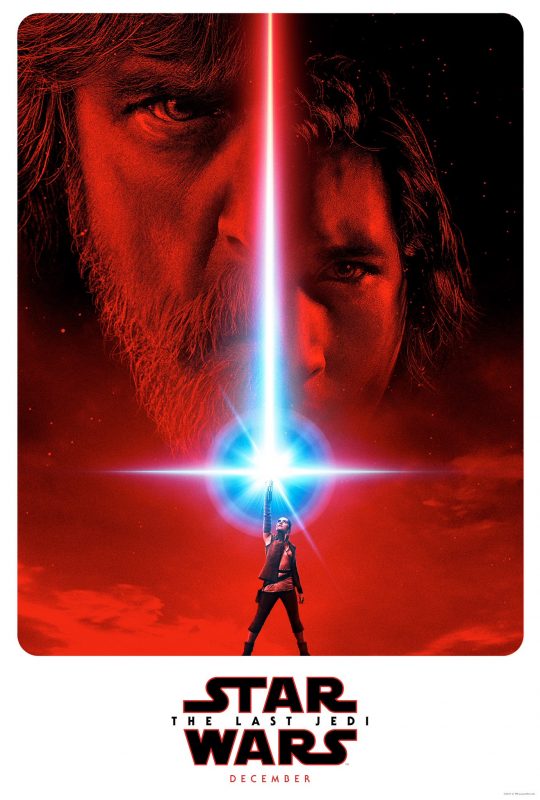 Corporations gonna be corporations, I guess. We all know that Star Wars: The Last Jedi is going to make a crapton of money when it comes out next month (!). It seems, however, that “a crapton” isn’t enough for Disney, who seems to be putting the squeeze on movie theaters that want to show the film by charging them an exorbitant amount of money for the privilege. Well, some theaters aren’t having it.

the rich get richer pic.twitter.com/4rmwiczyec

In an unprecedented move, even for Disney and Star Wars, Disney is demanding 65% of the ticket sales from The Last Jedi from theaters that want to screen it. In addition, as reported by /Film, “They’re also forcing theaters to screen the film in their largest auditorium for at least four weeks. For previous Star Wars movies, the studio has required 64% of the revenue from ticket sales and four week commitments, but typical Disney movies only require a two week commitment.”

That might not seem like too much to ask for Star Wars, considering its popularity, but a big part of distribution is building and nurturing a relationship with movie theaters so that they want to continue showing your movies. This is a huge “fuck you” to movie theaters nationwide, Love Disney. They’re basically saying, we don’t need to maintain a good relationship with you anymore. We have Star Wars.

Even worse, if any theaters screening The Last Jedi make even the tiniest misstep re: the agreement—pulling just one screening from the schedule, or advertising the movie before Disney gives their approval—Disney will charge a 5% penalty, raising their take to a staggering 70% of ticket sales.

Studios, of course, generally get more of the take than theaters do. However, studios usually get between 55-60% of domestic revenue, and around 40% for international releases. Star Wars has made Disney cocky. It’s also made them a bit jerkier than they’ve been in the past.

Many theaters aren’t having that. Why wouldn’t they, you ask? Well, despite Star Wars being a hugely successful franchise, the fact is it’s being released during the December holidays, which is prime movie release season, and not every damn theater is a multiplex. For a lot of smaller theaters, with only one or two screens, being forced to keep any movie in their theater for four weeks would actually cut into their profits during their busiest time of year.