Did the Disney Site Just Reveal Who Jude Law Is Playing in Captain Marvel?

The debate rages on. 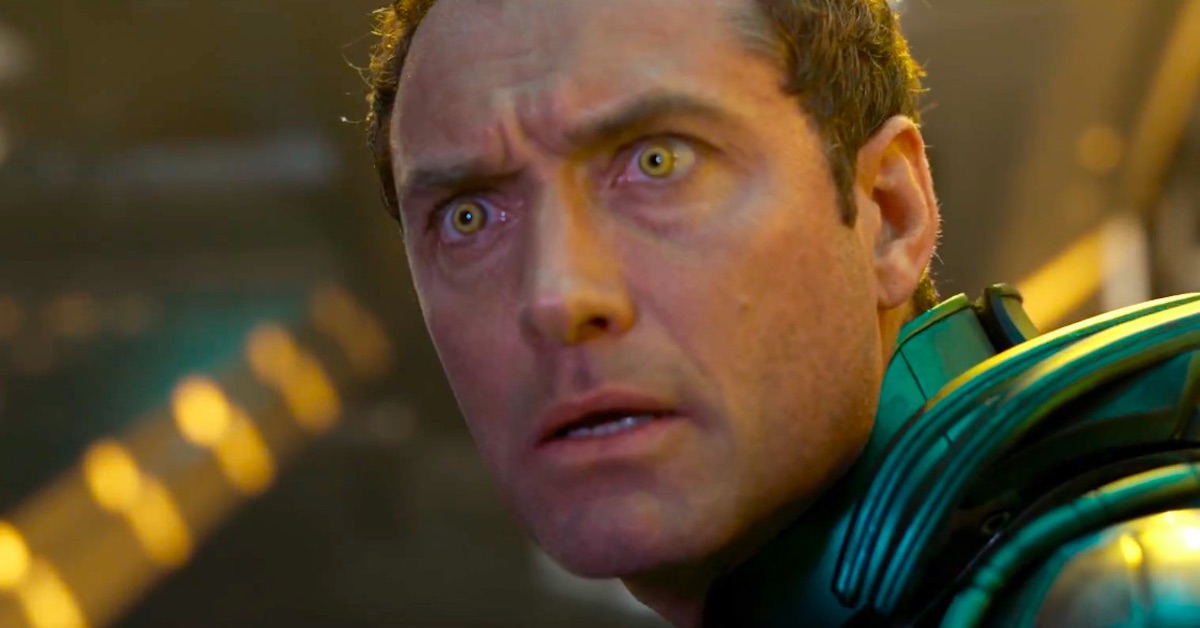 Just who is Jude Law playing in Captain Marvel? The mysterious role has been kept under wraps for most of the current marketing push, though many have speculated he is playing Mar-Vell, who he is currently billed as playing on IMDb. However, a Funko Pop! leak pointed to him playing a different—very different—role.

Now, Disney’s website itself is pointing more towards the Mar-Vell theory, which means we’re in a world of confusion until we get proper confirmation of Law’s role.

For some background information: In the comics, Mar-Vell is a Kree warrior sent to Earth, who serves as Carol’s mentor; he was the original Captain Marvel. Yon-Rogg is the reason Mar-Vell was sent to Earth and was indirectly irresponsible for Carol getting her powers in the first place. All we know for sure is that Law is the commander of Starforce, the Kree unit that Carol is a part of after she becomes involved in the Kree vs. Skrull war; that points to Mar-Vell, but could also point to Yon-Rogg.

Naturally, this means all speculation is fair game.

The Funko leak is very much a leak in the truest sense of the world. The image shows a Funko Pop! wearing the same armor Law’s character is sporting in most of the promotional materials, with the name Yon-Rogg. Given that this is a leak, and the character is just referred to as “Kree military leader Star Commander” in the official press release for Funko’s Captain Marvel line, it’s either one of Marvel’s most elaborate red herrings or an actual spoiler for the film.

The latest news comes from Disney’s official site for Captain Marvel. One of the stills of Law from the film is captioned “Jude Law is Mar-Vell, the leader of Starforce.” We have two options then: to either take the still at face value, or to assume there might be some Marvel trickery or a big twist afoot. For those of you who want to avoid spoilers, maybe look away, because we’re going a-speculating.

It is possible that two things are true: Law is playing both Mar-Vell and Yon-Rogg. Yon-Rogg might have usurped Mar-Vell’s identity, either because he’s got some Skrull in him (the Skrulls, after all, are shapeshifters) or through some other mischief. He will ultimately be revealed as the main bad guy of the piece, which will add shades of grey to the Kree-Skrull war rather than just having the Kree be the “good guys” as the “bad guy” Skrulls cause mayhem.

It’s possible that, somehow, Mar-Vell will be revealed to be the bad guy, and responsible for taking away Carol’s memories or brainwashing her. This would be why Carol says that she’s not here to fight his war, but to finish it. Her mentor turning on her might explain why she’s off playing the lone ranger by the time Avengers: Infinity War rolls around; the betrayal of her mentor and friend would be enough to push anyone into isolation and loneliness.

Is Jude Law playing Mar-Vell, Yon-Rogg, or both? What do you think, Suevians? Let us know in the comments!