Dismaland Closes Its Gates, Sends Its Timber & Fixtures to Refugee Camps in Calais 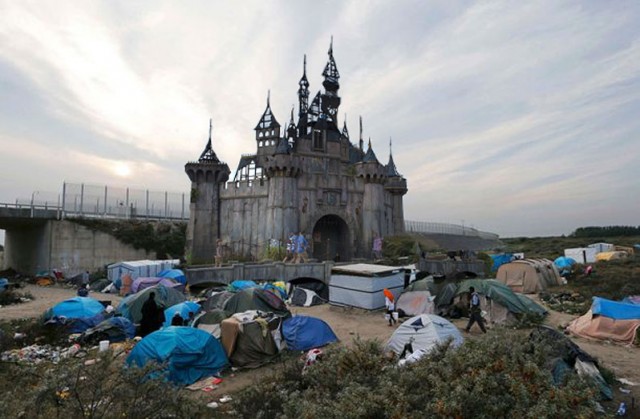 Although I’ve seen a lot of mockery of the Dismaland art installation online, file me in the uncool camp of folks who thought much of its art was … pretty cool—and I also think the creators’ intent to donate all of the project’s timber and fixtures to refugee camps near Calais sounds neat, too.

Part of what’s given the project its hit-or-miss reputation, at least in the circles that I follow, is that folks are sick of Banksy—which is fair, given how many other marginalized street artists are ignored in favor of Banksy’s work. On that note, though, it’s worth noting that the list of contributing artists for the Dismaland installation is massive. Although Banksy’s the big name getting all the credit, there are a lot of obscure creators who contributed cool pieces to the collection as well.

The artists’ donation of the leftover supplies is a notable gesture of charity towards displaced Syrian refugees, theorized to be a response to the UK’s xenophobic attitudes. Given that Dismaland’s home was in the UK, it’s interesting to see the project creators taking aim at their host country’s flaws as well, not merely at the American-based power structures that the theme park originally lampooned. When it comes to imperialism, there’s blame to share.

(via Boing Boing, image via Dismaland)