Editor’s note: This review originally appeared on Feminist Frequency and is reposted here with permission.

For all of its immensely enjoyable stealth and combat mechanics and its terrific assortment of powers and abilities, the original Dishonored failed its female characters in a big way. With Dishonored 2, it’s clear that the developers heard these criticisms, crafting a game in which women populate all walks of life, while also improving on the original’s core gameplay, with an even richer variety of abilities to employ and situations to tackle.

It’s been 15 years since the events of Dishonored, and the young Emily Kaldwin, daughter of the murdered Empress, is now a reluctant Empress herself, doubtful of her own abilities as leader and weary of the superficial traditions of courtly life. She has little time to lament her plight, though, as the witch Delilah organizes a new plot to usurp the throne, launching a coup that casts Emily from power. At this point, you can choose to play either as Emily or as her father and protector Corvo, and your choice has a significant impact both on the abilities you have at your disposal and on the way the story plays out. 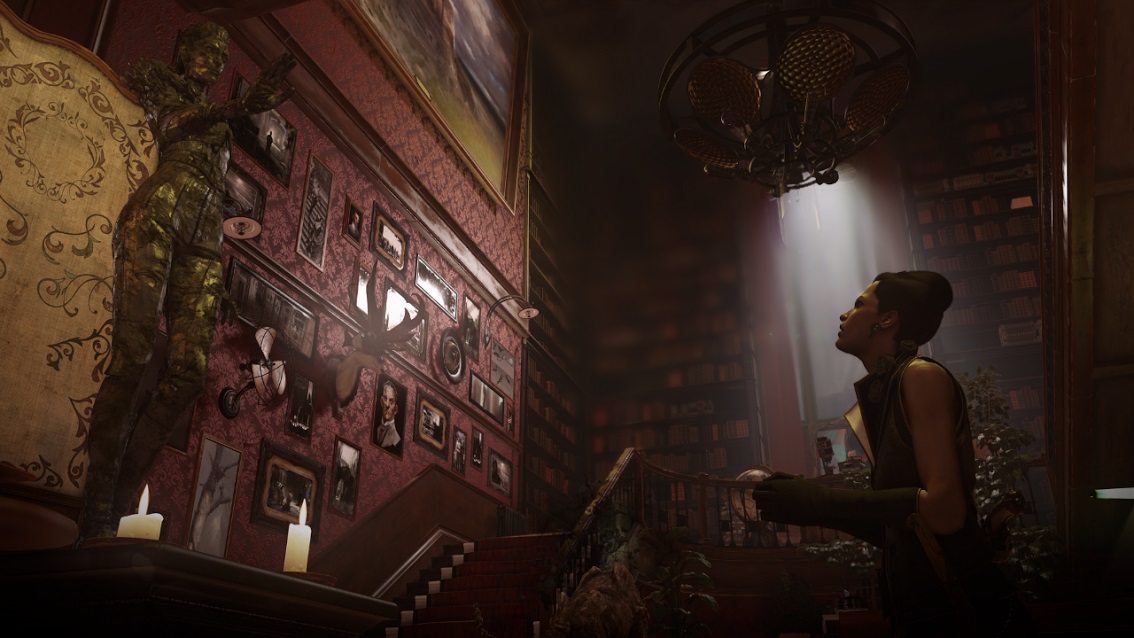 In fact, Dishonored 2’s greatest strength may be the versatility it offers you as a player, and the way the world adapts in response to your actions. I opted to play as Emily, of course, and embraced a high-chaos approach, getting plenty of blood on my hands as I cut down the many guards who got in my way. However you approach the game, the action is tight, precise, and satisfying, though if you do take the lethal approach, the violence is disturbingly, often unnecessarily graphic. Still, I appreciated that people view you and treat you differently depending on your actions; if you’re ruthless, people are less inclined to trust you, and some feel betrayed to see you using the very methods of violence and brutality that your mother refused to employ when she was empress.

More enticing than the game’s narrative flexibility is its gameplay flexibility. Because each mission can be tackled in such a diverse assortment of ways and the level design encourages experimentation, this is the rare game that actually left me feeling eager to play through it again, wanting to try different paths and approaches to each mission, going for non-lethal solutions instead of brutal ones.

While the original Dishonored allowed you to take a nonlethal approach as well, the powers at your disposal were heavily skewed toward the murderous. Dishonored 2 improves on its predecessor in this regard, letting you choose from a wider assortment of abilities tailored to a nonlethal approach. And as you progress from mission to mission, new wrinkles are introduced that change up the gameplay. In one area, for instance, you can shift between the past and the present, using this to find new pathways and to get the drop on unsuspecting enemies. Concepts like this are hardly new to video games, but the way they’re implemented here keeps you on your toes and prevents missions from feeling standard or predictable.

You’ll also want to return to Dishonored 2’s world because the wonderful richness and diversity of its environments makes them a joy to explore. From the storm-ridden dilapidation of the Dust District to the mechanical elegance of the Clockwork Mansion, this is a world that feels dense with history, and I actually found myself wanting to examine every painting and rummage in every drawer to uncover its secrets.

So Dishonored 2 excels at worldbuilding, incredibly so, but unfortunately, it’s considerably less successful at crafting a compelling story. There are some great moments in Emily’s character arc as the story progresses, and she recognizes that, by ruling as an empress who was detached from the real concerns of her people, she sometimes unwittingly perpetuated oppression by allowing unjust rulers to remain in power. But the quality of the dialogue and voice acting are inconsistent, and at times become bad enough to pull you out of the world. Meanwhile, the overarching plot is entirely the stuff of typically mediocre video game storytelling, populated with cliche character types we’ve encountered a dozen times before. But letters and other scraps of writing scattered throughout the world can enrich your understanding of your allies and your enemies, lending them a bit of humanity and complexity that the game’s story otherwise fails to convey. 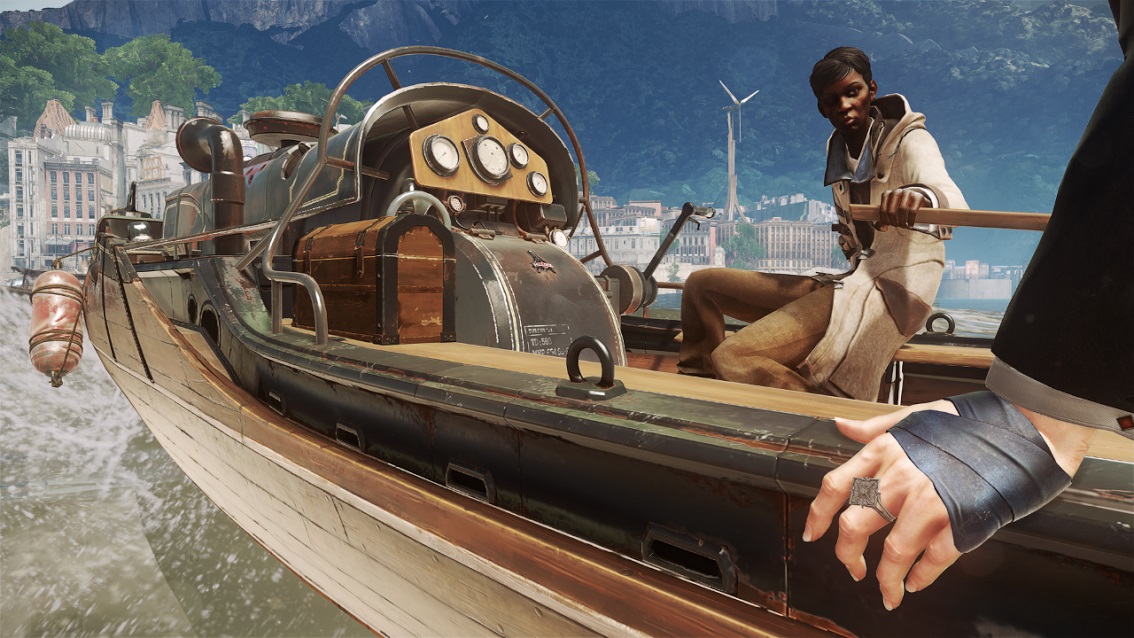 The world of Dishonored 2 is also far better for women than that of the original game, and not just because you can play as Emily. In the first game, women existed largely as victims, servants, and sex workers, who communicated to the player that the misogyny and patriarchy they lived under was bad, but by failing to resist or challenge it, they also reinforced the idea that it was inevitable. Dishonored 2 is filled with women as both allies and enemy combatants, as well as women in positions of leadership and political power.

For the most part, this is great. But unfortunately, the villain Delilah is the weakest aspect of the game, embodying the trope of the sinister seductress to a T, with her sultry speech and her sexualized clothing and animations. However, Dishonored 2 manages to be excellent in spite of its disappointing antagonist and a narrative that often falls back on video game storytelling conventions. It’s easier to forgive these flaws when you consider just how captivating a world this game creates, a world that allows for so much freedom and versatility, a world with such a rich sense of history, a world filled with women virtuous and evil, kind and cunning, poor and powerful.

Anita Sarkeesian is an award-winning media critic and the creator of Feminist Frequency.