Discovery Says to Hell With Moderation, Changes Shark Week to “Summer of the Shark”

My shark week seems to go on forever too, Discovery. I feel ya. 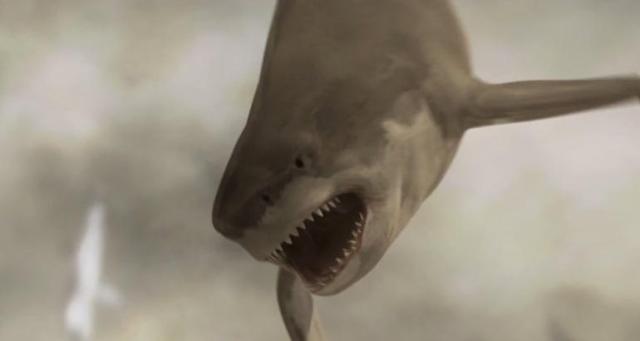 Much of the country may still be bowed under winter’s relentless tyranny, but it’s never too early to make plans for summer—especially if you’re in need of a public relations boost after failing to stuff a live man down an anaconda’s gullet.

According to Entertainment Weekly, Discovery’s annual “Shark Week” programming will start earlier than ever this year, kicking off on July 5th. But this will be no mere week. The network is calling this year’s celebration “Summer of the Shark,” and promises “the most themed hours” ever in Shark Week’s 28-year history. Ahem:

Although this renewed focus on Shark Week seems to contradict Discovery president Rich Ross’s recent promise to focus less on cheap rating grabs like Eaten Alive or 2013’s fake Megalodon documentary and more on, you know, actual science, Summer of the Shark will offer some programming not seen in previous years.

The network claims it will focus on expeditions to Cuba, New Zealand, South Africa, Taiwan, the Arctic and U.S. destinations, as well as recent conservation efforts. According to EW, Summer of the Shark will also include “programming starring 10-year-old shark conservation activist Sean Lesniak (who helped get a law passed last year banning the possession and sale of shark fins in Massachusetts).”

EW notes that regular Shark Week programming like Great White Serial will also be returning in July, so you should probably still steer clear if fear mongering isn’t your thing (especially if you’re a seal). How long do you think before Discovery realizes they could probably get away with Shark programming 24/7, 365? I give it a year.