Things We Saw Today: We’re Booking Our Next Vacation at This Tokyo Hotel with Bellhop Dinosaurs 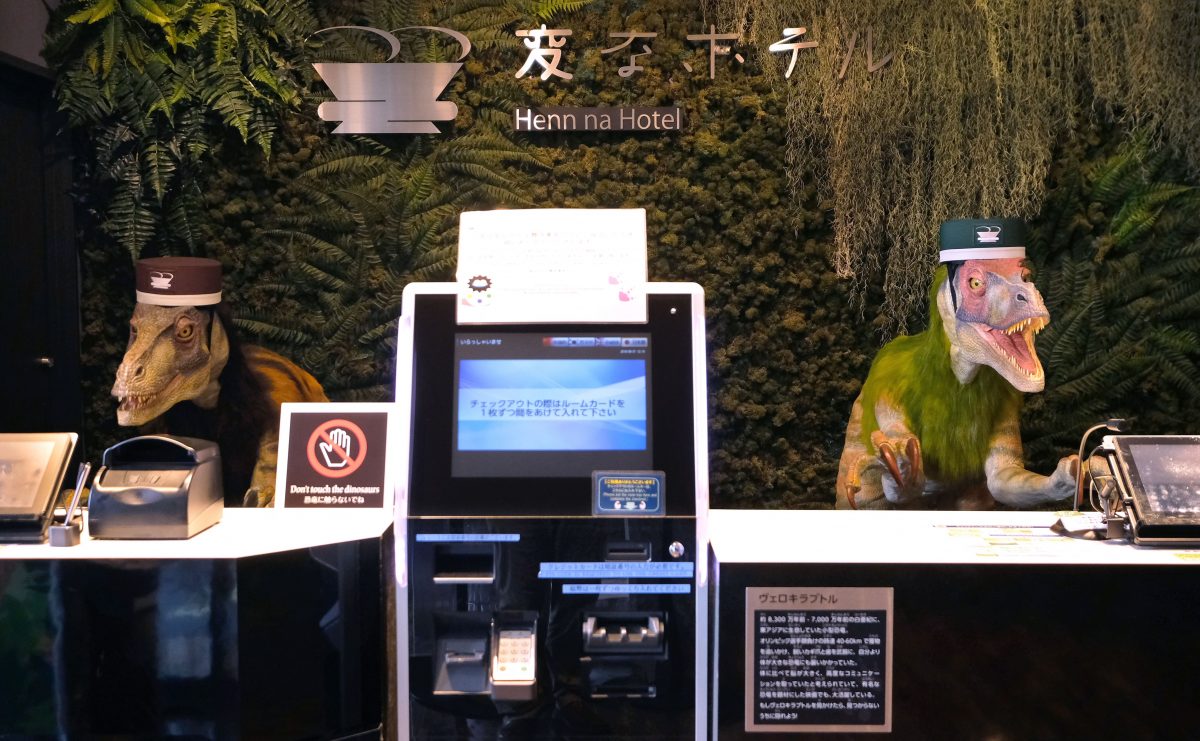 Planning an upcoming vacation and looking for something totally bonkers? The Henn na Hotel hotel in Tokyo is now featuring two robotic velociraptor bellhops at their front desk to help check you in. The Henn na (which translates to ‘weird’) chain claims that its the first hotel staffed by robots. The raptors welcome you during the checking in process, which the hotel says has been met with mixed reviews. “We haven’t quite figured out when exactly the guests want to be served by people, and when it’s okay to be served by robots,” manager Yukio Nagai told AFP.

The hotel is also staffed with non-dinosaur robots, including little spherical droids in each room that control the radio and television, as well as robots that clean the rooms. There are even robo-fish swimming in the lobby’s aquariums. Does this hotel seem like a blast, or is it primed for a Westworld-style robo-dino takeover? Either way, consider us intrigued.

VIDEO: The reception at the Henn na Hotel east of Tokyo is eerily quiet until customers approach the robot dinosaurs manning the front desk. The Henn na (whose name means 'weird') chain bills itself as offering the world's first hotels staffed by robots pic.twitter.com/nyFdDjyGzB