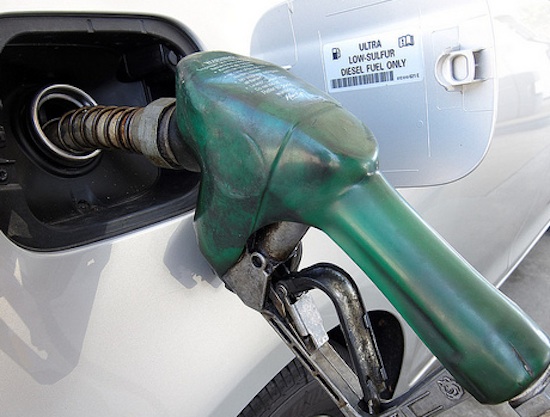 In 1916, Chaim Weizmann — then a professor of chemistry at the University of Manchester, and eventually the first president of Israel — discovered a method for turning simple sugars into diesel fuel by fermenting it in the presence of the bacterium Clostridium acetobutylicum. Weizmann’s work was groundbreaking, but it was also mostly ignored, as cheap fossil fuels made his process look extremely inefficient and costly by comparison. With the shine taken off of fossil fuels, though, and scientists looking for the new ways to power the future, researchers are revisiting Weizmann’s work, which could turn a wide variety of starches into cleaner burning fuels.

The team that took Weizmann’s work off of the shelf consists of researchers from UC Berkeley, The University of Illinois, and Lawrence Berkeley National Laboratory, who published their work today in the journal Nature. One of the clear advantages of Weizmann’s technique is that it can be fine-tuned and adjusted to turn a number of substances like corn sugar, cane sugar, and simple starch into a diesel-like fuel mixture that has more potential energy pre gallon than ethanol.

While it would still be more expensive than traditional fossil fuels — things still haven’t changed that much since 1916 — the process is also made more efficient by 21st technological tweaks, and could release far fewer greenhouse gasses into the atmosphere. While it’s doubtful that this fuel is the magic bullet for lowering greenhouse gas emissions, it’s unlikely that anything is going to be a magic bullet, so every piece of ammunition we can find is a heartening one.