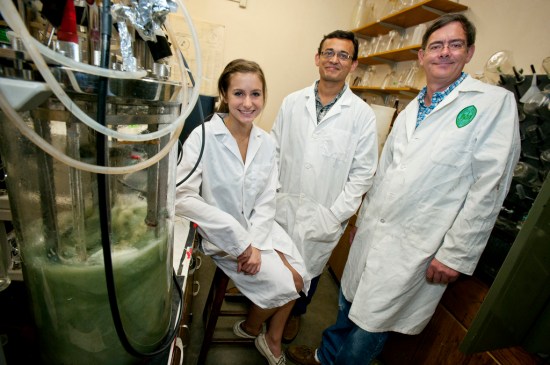 Led by associate professor of cell and molecular biology David Mullin, researchers at Tulane University have discovered a strain of bacteria that can turn newspaper, or anything made from cellulose, into the biofuel butanol. The bacteria was reportedly found in animal manure in the New Orleans Zoo, and have been feeding happily on pages of the Times Picayune in laboratory experiments.

This isn’t the first bacteria discovered that can produce butanol, nor the first biological process to be tapped for making fuel. However, this strain, called TU-103, has the unique property of being able to produce butanol in the presence of oxygen. The fact that it produces butanol also intrigues researchers, since butanol has greater energy density than other biofuels like ethanol. This makes the fuel is more akin to conventional gasoline and can be burned in cars without any modification.

While exciting, the TU-103 research is very much in its infancy and it will be some time before it could reach the market. Despite the potential, the Detroit News notes that biofuels seem to have stalled in the marketplace and electric cars have been made the flagship of cleaner, greener personal transportation. It may be that TU-103 may never have its chance to shine.