Did Cursed Bury Their Gays or Upend the Trope? 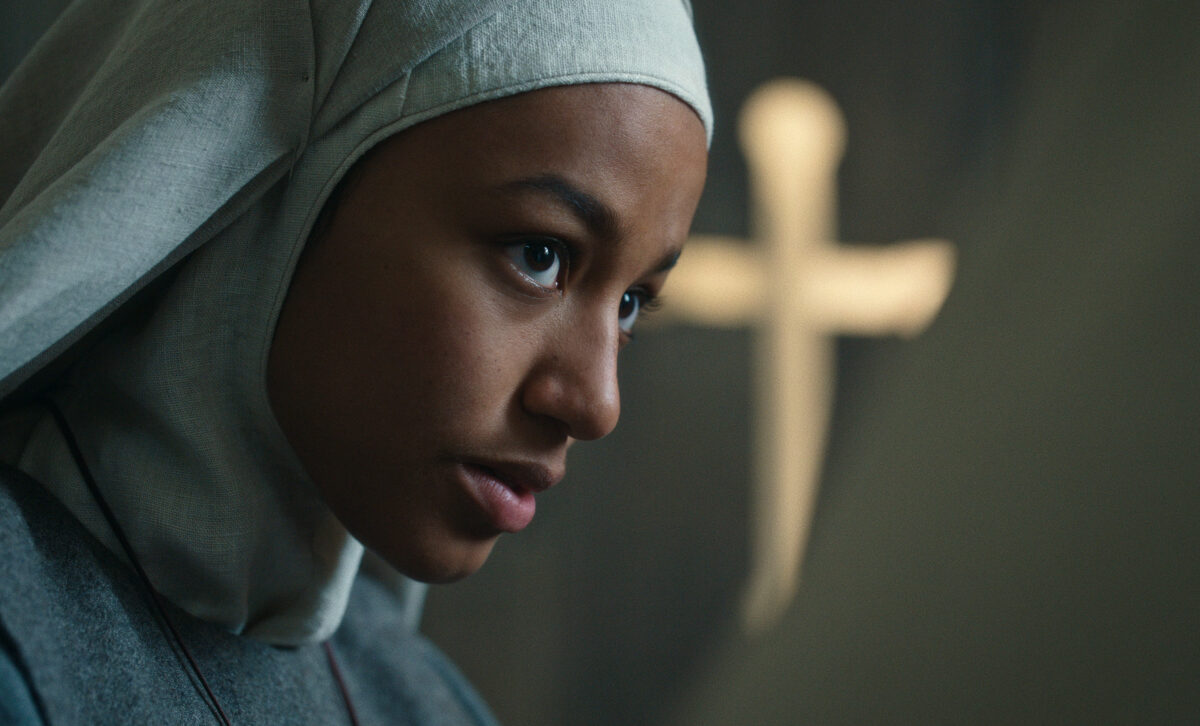 *SPOILER WARNING for all of Netflix’s Cursed*

Netflix’s Cursed had a lot going on, probably too much if we’re being honest. The ten-episode first season threw everything at the audience: Vikings, shadow lords, leper Kings, weird assassins, unexplained curses and so, so much more. The show was watchable and entertaining, and had a wonderful diversity of casting, but didn’t quite manage a fully coherent plot. A truly standout character for me and for many fans, however, was Morgana, Arthur’s rebellious and strong-willed sister.

Now, if you were paying attention to the reviews and promotions for the series, you might be thinking, “wait, Morgana is in this?” And yes, she is. For some incomprehensible reason, when Morgana (Shalom Brune-Franklin) is introduced to the series at the end of episode two, and halfway through episode three, she’s called Igraine. There seems to be no reason for this other than giving the audience a surprise moment that the nun “Sister Igraine” is actually Morgan le Fay, evil sorceress!

That’s a weird choice, sure, but the series makes a wide range of choices. A great choice the series made was making both Morgana and Arthur Black, and making Morgana queer. In episode three we see her kiss a woman, Sister Celia (Sophie Harkness), who is revealed to be her lover. I was excited to see Morgana as a lesbian (or bi) woman of color. What I was not excited by was the feeling in my gut that Celia was going to die.

And, lo and behold, she did. While giving a new queer character, and a WOC one at that, Cursed also fell into the old trope of “bury your gays.” Or did it?

So yes, Celia predictably died. Killed horribly in a fire set by Iris, the most horrible and hateful zealot on a show full of horrible zealots. We had a dead sapphic woman in episode four. But I will also give the show a slight benefit of the doubt because not a single relationship on the show ended with any parties together and/or both alive. This is a violent show where people died, and unlike with most of the other couples, Morgana and Celia’s relationship didn’t end with death.

Yeah. So … Celia ended up in the realm of the dead, apparently working with a being called “The Cailleach.” The Cailleach is based on a real Celtic Goddess of Winter, but this version seems more like a spider demon or dark god of death, but it’s not clear. Dead Celia promises Morgana that the Cailleach will make her a great Sorceress and then a spider crawls in Morgana’s mouth and she can see dead people and also see “the Widow.”

The Widow is a different Death … thing. Whether she’s a spirit or a magical being or a shadow lord or grim reaper, we just don’t know. But because Morgana can see her, and because she’s holding the Sword of Power at the time when she confronts her, Morgana kills her and becomes her.

So does the fact that Morgana literally becomes death in a way—and maintains a relationship, weird as it is, with Celia—remove Cursed from the buried gays penalty box?

On the one hand, no. We still have one dead gay character and one who’s maybe on her way to serving dark gods or being evil, which isn’t great. But on the other hand, we can’t expect queer characters to be immune from suffering and heartache, while everyone else in the narrative dies or suffers. Celia and Morgana have probably the second most important romance in the series, behind Nimue and Arthur, and that relationship is also doomed and also ends with one member of it dead-ish and destined to become something more than human, if the legends are any guide.

Overall, I really love Morgana as a character. I love that she’s strong and has her own agenda, is looking for a place in the world, and stands up for her friends and the people she believes need to be defended. She hasn’t yet turned to evil, and she’s made her own choices despite what her dead girlfriend told her to do (Celia wanted Morgana to not confront the Widow and bring the Sword to the Cailleach). Everyone in the show has dead loved ones, and so it’s cool hers is a woman (you know what I mean!) and I hope she finds a nice, living girlfriend somewhere.

It will be interesting to see, if Cursed is renewed, where Morgana goes as a character. In many of the Arthurian myths, Morgan le Fay conceives an incestuous child with Arthur who ends his reign, but that doesn’t feel like somewhere this show would want to go. With so much else changed or deleted from the original stories, there’s no reason to go for that, and so I hope that this Morgana will remain queer, heroic … and alive.