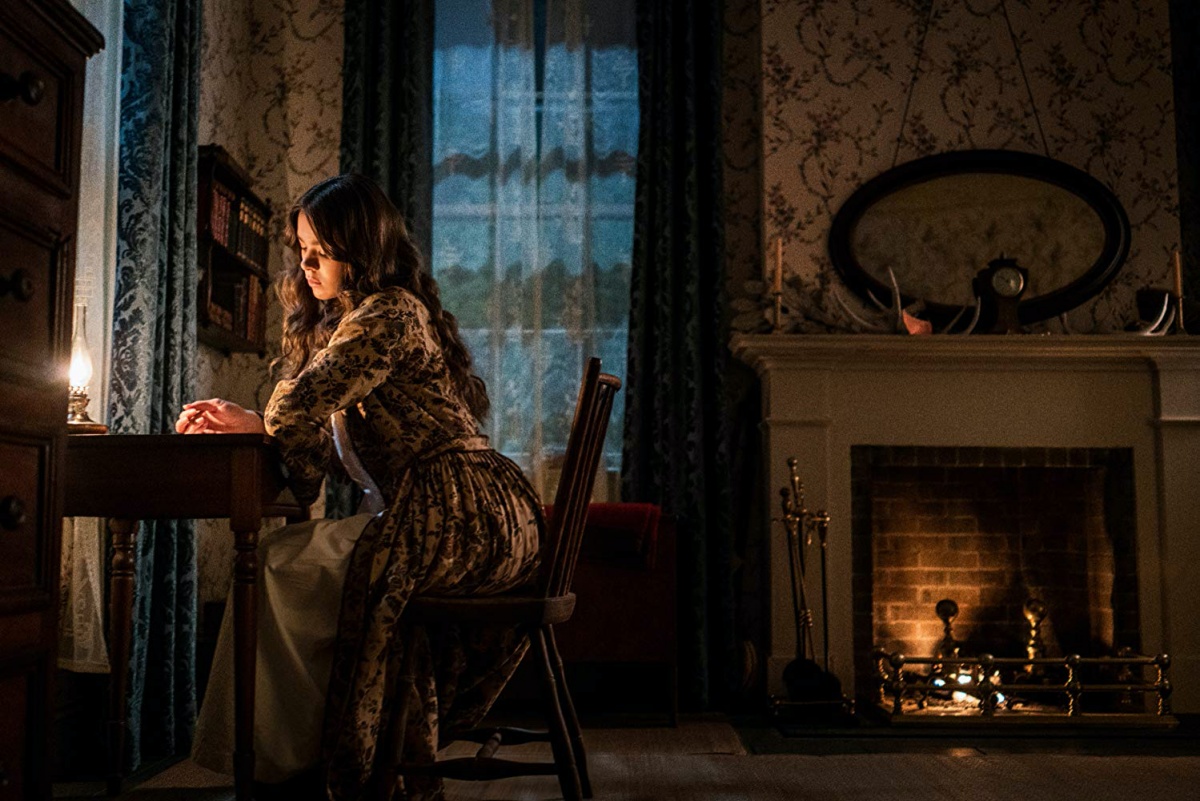 There are lots of shows out right now dealing with female figures from history: The Crown, Dickinson, Gentleman Jack, and Catherine the Great, and of course, we’ve had movies like Colette and Mary, Queen of Scotts come out recently that bring to life these larger-than-life figures. Yet, the complicated thing about bringing these women to life is fighting the impulse to make them fit a modern-day ideal of what an empowered woman looks like. Sometimes, like Dickinson, it works really well because the entire show is about discussing the frustrations of the time period, and with others, like Victoria, it limits the reality of what it meant to be a woman holding that kind of power.

Dickinson has been getting some mixed response. Alexis Need, from Mashable, said the show turned “an American literary icon into a paint-by-numbers influencer whose ‘not like the other girls’ energy renders her portrayal borderline unwatchable. The show attempts to make a point about the intellectual and social repression of women, factors that clearly influenced Dickinson’s work in her time, but instead props the poet up as an example of what happens when creators decide there’s only one authentic way to be a woman.”

I have watched Dickinson, and while I do understand why Need has this opinion, I disagree, because I think we have a tendency to think that when we are highlighting the exceptionalism of one woman in a time period, it means we are saying all other women were not of consequence. In the show, we have Emily; her mother Emily Norcross Dickinson, played by Jane Krakowski; her sister, Lavinia “Vinnie” Dickinson; and Sue Gilbert, her best friend/love. What separates these women is not that Emily is a genius, but how class, financial circumstances, cultural expectations, and other societal factors can put you into a box.

Emily is the older daughter of a prominent family, who can coax her father into getting a maid so she doesn’t have to do chores, but is also spoken down to for wanting to make her own way in publishing and education. Her mother is concerned about her daughter marrying well and knowing the skills to keep a husband because, at that time, it was expected. I do think the show plays it up a little bit more, but just like Mrs. Bennett, our Mrs. Dickinson is attempting to give her daughter the skills that have made life easier. Looking into her real life, the reason Mrs. Dickinson was so into cleaning and housework was that her husband was away all the time, and keeping house helped her feel productive. Also, if anything, Emily’s lack of understanding of the importance of her mother’s work speaks to Emily’s character flaws, not to her mother’s.

Sue is left penniless and, unable to just dream of being a spinster writer like Emily and Vinnie, being the youngest, is sort of just overlooked. None of these women are inauthentic. If anything, the modern-day language peppered into it only highlights that these are women very clearly aware of their realities who want to just live whole lives. That is admirable, and as we want to talk about the exceptions of history, it doesn’t mean we should ignore that a lot of women in the world could have been exceptional if they had the privilege to strike out on their own. Dickinson isn’t a teen show, but it’s about coming of age in a time where the only way to truly do that was to kind of run the clock on the things that were expected of you.

When it comes to Catherine the Great and Victoria, there’s what I like to call lip-service feminism. They want to run with the idea that being a great Queen equals feminism, but even as a period drama and monarchy history lover, that’s bullshit.

Victoria will gloss over the insensitive things she allowed to happen in her reign, her imperialism, and the legitimate, of-the-era flaws she had to make it seem as though her only problem was that men didn’t listen to her. Victoria was the fourth woman to be an officially crowned Queen of England. The idea of a female monarch was not new, and while there will always be sexism to cope with, it was a position she was literally born to have.

Catherine the Great simply didn’t even know how to handle the scope of what made Catherine such a lasting Tsar. She ruled for 34 years and created so many things that allowed her to have a Golden Rule. The show spends a lot of time talking about her struggles, but rarely seemed to address what she had accomplished.

Historical women are complicated, and adapting them means crafting a balance between the ideal you want them to represent and the reality of who they were. Not every woman to wear a crown deserves a “yasss queen” moment, and it was not only women of means and privilege that managed to create great things.

Saying “well-behaved women seldom make history” is a great mug, but it can also be a really limiting view of women, if you let it be.

What are some of your favorite portrayals of historical women?