Still waiting on the invisible Aston Martin, though. 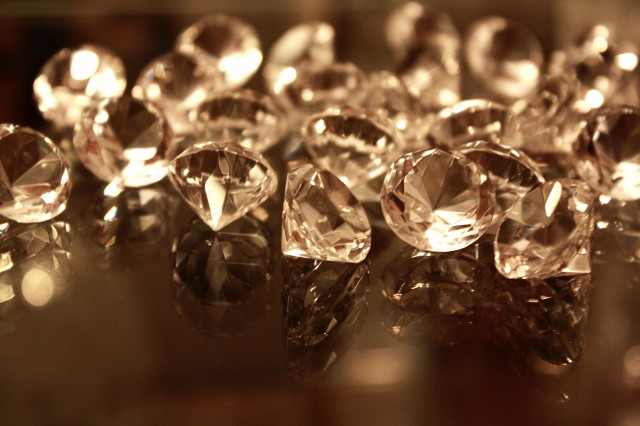 Obviously the first thing that everybody thinks when looking at something priceless and sparkly is, “I bet I could make a laser out of this.” And if you’re some weirdo who’s never seen Diamonds Are Forever and don’t think you could actually do it, then there’s no need to worry: a team at the University of Strathclyde has done it for you.

Lead by Professor Martin Dawson at Strathclyde’s Institute of Photonics, this team has been hard at work making a new kind of Raman laser — a high-performance, ultra-versatile, very powerful light beam that, thanks to the bling, can produce a wider range of colors than ever before. It also lights from the lower end of the UV spectrum to the middle of the IR region, covering gaps that exist in many other such lasers.

For the first time, these lasers are also “tunable,” meaning the color of light can be adjusted. This is imperative for certain procedures, such as treating vascular lesions, which requires yellow/orange light that has traditionally been very hard to produce. They’re also also the first continuously-operating lasers — rather than providing short bursts of light, which can be damaging in delicate procedures like laser-eyes treatments.

Diamond-lasers can be single-crystal, which also means the lasers can up to ten times smaller (sorry, Blofeld… though I guess distracting your fluffy white cat will be a bit cheaper now). These can be used in tighter spaces than other lasers, making them exceptionally useful in aeronautical and medicinal fields. In fact, diamond-based lasers might actually hold the key to solving a whole host of problems, including diabetes-related eye conditions, pollution monitoring, and aeronautical engineering — all thanks to the unrivaled thermal conductivity and unbelievable strength and rigidity of diamonds.

The team at Strathclyde is now currently working with Element Six,  a company that make artificial diamonds.  Together they hope to create an entire new generation of usable lasers within five to ten years.

(via Phys.org, image via Kim Alaniz)