Diamonds and Gold Take Cell Temperature, May Be Key to New Cancer Treatment 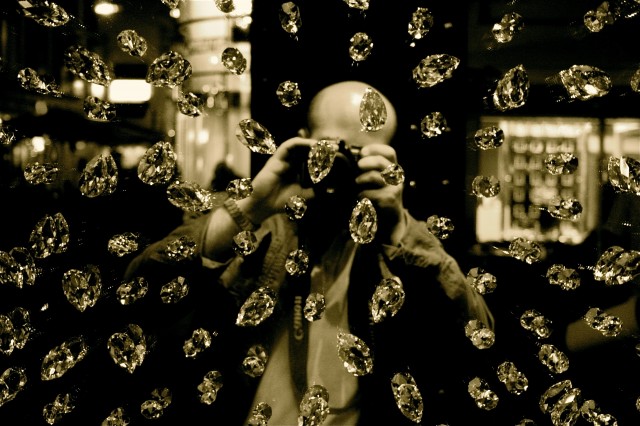 Cells are tiny, which makes it pretty hard to take their temperature. A recent study published in Nature, however, suggests that diamonds and gold fragments can be used to read the temperature of individual cells. This could open up new avenues of research regarding cell behavior, and may be the first step toward a more deft method of killing cancer cells.

Currently there are two main ways to read cell temperature: Glowing proteins and carbon nanotubes. These methods are not sensitive or completely accurate, though, as they might react with substances in the cell. Mikhail Lukin, a professor at Harvard University, decided to explore new methods of reading these temperatures and wondered if the extra elections found in nanodiamonds would be able to help. Turns out, they totally do! These electrons can exist in multiple states at once depending on the temperature, which makes them easy markers for temperature change.

Lukin’s team at Harvard inserted nanodiamonds and gold nanoparticles into a human cell, then shone a light on the combination to heat it. The diamond changed shape based on the temperature, compressing the electrons and shifting their energy levels. Using a different type of laser forced the electrons to draw in and then discharge light dependent on their energy-level arrangement, which allowed the team to determine the temperature of the cell.

If these sorts of makeshift thermometers can be used in the human body, Lukin’s colleague Norman Yao speculates, then doctors would be able to observe the difference between cancerous and healthy cells apply enough heat to kill cancer cells without harming the healthy ones. Lukin also hopes to learn the answers to many questions that scientists still have about cellular biology, such as the reason why cells begin chemical reactions that produce heat when in contact with a virus.

(via NewScientist, image via Mohammadali F.)