Diablo III Launches Tonight, Catch Up on the Lore From the Previous Games 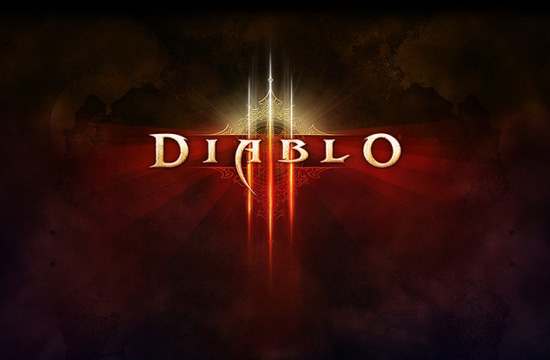 Given the simplistic hack-and-slash play of the Diablo games, you might think that the lore surrounding the adventures are just as straightforward. You would be entirely wrong. The story is one of corruption and deception, and has as many turns as the labyrinth beneath the town of Tristram, where you begin in the first game. But like a labyrinth, those many turns have no dead ends, and it seems that everything has a purpose in the dark, twisted world of Sanctuary. Here’s the jist of it. Stay a while and listen!

The story begins with prince Aidan, the son of Khanduras’ King, Leoric. After an ill-advised war against Westmarch ordered by the disturbed king, Aidan returns to Tristram where his father had established a capital in an abandoned monastery. However, Aidan finds that things were worse than when he left.

It transpires that the king’s trusted advisor, Archbishop Lazarus, had been corrupted by the spirit of Diablo, the Lord of Terror — one of the Prime Evils of Hell. Ages ago, Diablo had been imprisoned in a red soulstone by the ancient order of the Horadrim. The Horadrim had received these crystal prisons from the Archangel of Justice, Tyreal, who fights against the forces of Hell with the angels of Heaven.

Diablo’s soulstone sat inside the catacombs beneath Leoric’s new capital, where the Lord of Terror attempted to corrupt the mind of Leoric. Diablo was unsuccessful, leaving Leoric’s mind broken and paranoid. Diablo then turned to Leoric’s young son, Albrecht, whom Lazarus lured into the ancient crypts of monastery. There, Lazarus jammed Diablo’s soulstone into Albrecht’s forehead, giving the Lord of Terror physical form.

The remains of Leoric’s sanity were destroyed by the loss of Albrecht, and he led a maddened search for the young prince. In his mania, the king ordered the execution of innocent townsfolk and it fell to his own knights to kill the corrupted King.

This is the set-up for the first Diablo game. In it, the player selects one of three classes — the rogue, the sorcerer, or the warrior (who has canonically been Aidan, the king’s son). After fighting down 16 levels of dungeon, the hero finally faces Diablo and kills the terrible creature before he comes to his full power and can wake his brothers: The Prime Evils Mephisto and Baal.

After the battle, Diablo is returned to his prison in the soulstone and abandons Albrecht’s body. The hero, knowing that the stone will not contain the demon, plunges it into his own forehead.  In their wisdom, Blizzard included individual death scenes for each of the three classes. Enjoy!

Though the player has no choice in this matter, the result is portrayed as the correct one. However, it portends dark things. Also, how deliciously old-school is this final ending? It’s like a text adventure, read aloud. Classic.

The portends of “salvation” are definitely coming from a questionable source, as the Lord of Terror has been inserted into the player’s forehead. However, the hero does indeed journey into the East which is where the story picks up in Diablo II.

While Marius recounts his tale, the player begins at an outpost of Rogues, hunting down the demons of Hell that have followed in the wake of Aidan — who has become the Dark Wanderer. One of these early battles is with Blood Raven, a corrupted rogue who — canonically — was the rogue from the first Diablo game.

Fighting onward, the player returns to Tristram where we again encounter Deckard Cain. In the first game, Cain was an NPC whose primary role was to dispatch long-winded wisdom and identify items. In Diablo II, demons have left Cain to die in a cage after destroying and corrupting the rest of Tristram. Once freed, he becomes the player’s companion and tutor, as the game progresses.

After ferretting out the demoness Andariel in the remains of the rogue monastery, the player continues east to the desert city of Lut Gholein.

Following in the footsteps of Marius and the Dark Wanderer, the player begins to extinguish the corruption that has taken root in this city. Here, we are informed that Diablo seeks to free his brother Baal, the Lord of Destruction. As described in the cut scene above, Baal’s imprisonment in a soulstone was not entirely successful as the stone was shattered during the fight.

The mage Tal Rasha, who has been wrestling with the demon for years upon years, is Diablo’s target. In order to stop him, the player must explore numerous lost tombs in this region. Along the way, we discover that the sorcerer from Diablo has also fallen into corruption and commands legions of demonic forces from within the (brilliantly designed) Escher-esque Arcane Sanctuary.

Finally, the player reaches Tal Rasha’s tomb, where we make a disappointing discovery.

Meeting Tyrael in the tomb, we learn that Baal has been set free but divided between his physical form and his soustone, thus weakening him. The demon left in the company of the Dark Wanderer, who is heading to Kurast where the two plan to free Mephisto, the Lord of Hatred, the oldest of the Prime Evils.

Upon arriving in Kurast, the player has a single opportunity to interact with The Dark Wanderer. The corrupted form of Aiden can be found at the edge of the Kurast docks, but vanishes before the player can engage him.

This third act of the game is immense, and along the way the player learns how the once righteous religious leaders in the temple city of Travincal were corrupted by the presence of Maphisto. Beneath the ancient city, the player fights Mephisto, eventually killing him. However, the path forward will lead into Hell itself — through a creepy bone-portal made of screaming faces.

In Hell, Tyrael sends the player after the fallen angel Izual, whose spirit is trapped in Hell. Upon his defeat, Izual explains that he was taken and corrupted by the Prime Evils and forced to give up the secrets of the soulstone. With this information, the brothers hatched an evil scheme: To allow themselves to be imprisoned and then use the power of the soulstones themselves to corrupt humanity in the world of Sanctuary.

The trap that was meant to imprison the demons forever has become their own weapon. With this in mind, the player goes to Hellforge and destroys Mephisto’s soulstone. After a harrowing battle against Diablo himself, the player destroys his soulstone as well. However, Baal’s stone is nowhere to be found.

Recovering his soulstone, Baal marches to the Barbarian lands with the intent of reaching the Worldstone contained within Mount Arreat. Though its origins are mysterious, the Worldstone is an immensely powerful object fought over by both Hell and Heaven. While its exact powers are unknown, Baal seeks the stone as a means to unleash the powers of Hell onto Sanctuary.

In the expansion to Diablo II titled Lord of Destruction, Baal ascends Mount Arreat and reaches the Worldstone. Though the player kills him, his corruption has already spread, and Tyrael decides that the stone must be destroyed.

The ultimate fate of the world in the wake of the Worldstone’s destruction was uncertain in the end of Lord of the Destruction. However, what little has been available prior to the release of Diablo III does not paint a pretty picture. Mount Arreat is in pieces, and grim tidings warn of evil to come. Deckard Cain begins a new search for answers in what he calls the “end of days.” Assisted by his adopted daughter Leia, Cain is on the brink of discovery when these events occur in the opening moments of Diablo III.

While Sanctuary seems on the brink of collapse, it seems Hell has not fared much better. All of the Prime Evils have been defeated, along with two of the Lesser Evils — Andariel and Duriel — in Diablo II. Now, the remaining demons Azmodan and Belial appear to be preparing their own assault on the world of Sanctuary. Their goal is to find the strange black soulstone. What they plan remains unknown.

The fate of Sanctuary is once again up to you (us?), the player, when Diablo III launches at midnight Pacific time. See you there.

(via 16 years of playing these games, Diablo Wikia)

Please note, though our site has a lovely ad featuring Diablo III, this post was a labor of love and we have (unfortunately!) received no compensation by Blizzard or their staff for its creation.