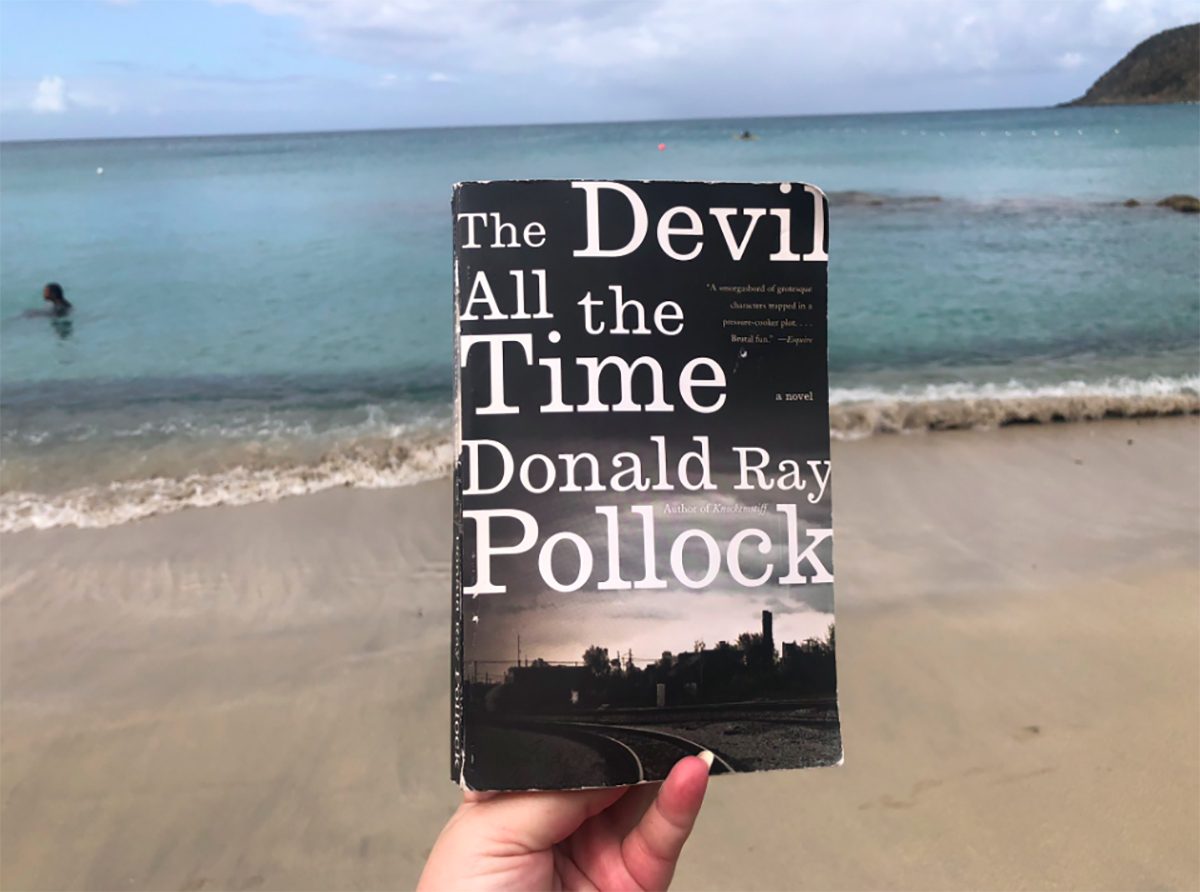 **Slight spoilers for The Devil All the Time. If you haven’t read the book yet, do. It’s addicting.**

I’d like to first apologize to Bill Skarsgård, because I instantly assumed he was going to be playing a serial killer, and I’m wrong. When I heard “serial killing couple,” I just instantly thought that’s where Skarsgård would be, and maybe that’s because of his filmography or my own aversion to him as Pennywise the Dancing Clown, but here we are.

I’m extremely excited about the film adaptation of The Devil All the Time. Look, put Tom Holland, Jason Clarke, Sebastian Stan, and Riley Keough in one movie, and I’ll be there, but it’s also an incredibly nuanced and exciting novel. Telling the tale of Meade, Ohio (with storylines branching outside of the small town), it’s a story filled with unlikable characters and twists that you don’t see coming.

While reading the novel, though, I had to ask myself: How are they going to connect these storylines to make a cohesive movie? The book is set up as follows: Each character gets their section, sometimes interweaving with other characters, sometimes not. Arvin Russell (Tom Holland) is the son of Willard (Bill Skarsgård) and Charlotte Russell (Haley Bennett), and when Willard goes crazy trying to save Charlotte from cancer, Arvin must cope with his father’s choices in the small town of Meade before moving with his grandmother, Emma (Kristin Griffith).

From there, the connection back to Meade only relates to Lee Bodecker (Sebastian Stan), who is the cop who deals with something tragic that happens to Arvin. Bodecker, who is the town’s sheriff and a recovering alcoholic, has a sister named Sandy (Riley Keough) and honestly, this casting is everything to me. Sebastian Stan as Riley Keough’s older brother?

The second tier of the Meade storyline is brought to us through the eyes of Lee, Sandy, and Sandy’s husband, Carl (Jason Clarke). While seemingly like a family that has been through some hard times, the three are a crooked cop, a woman who sleeps with men, and her husband who murders said men for a photo shoot—so, not a wholesome family dynamic.

Carl, who I initially assumed Bill Skarsgård was playing, is a man who moved himself and Sandy out to California with big dreams, before starting his descent into a murderous summer tour where he and Sandy would murder unsuspecting hitchhikers.

Think that’s a lot to fit into a movie? Don’t worry! There’s more! There’s the preacher, Roy (Harry Melling), and his cousin, Theodore, who are on the run. Then there’s Lenora (Eliza Scanlen), who is Roy’s daughter but lives with Emma and Arvin and has lost herself to the church, which seems dangerous when a preacher like Preston Teagardin (Robert Pattinson) comes to town.

The problem I see the movie facing is that there’s just so much to get through, so many important aspects of these storylines, and so many timelines, that it can get messy. If they set the movie up like the book, creating sections and telling the story by going back and forth between these characters, it should give us a glimpse into each of their lives in a way that will make the story flow easily.

Also, though, I’ll watch this movie no matter what, because this cast is like someone took my dream cast and threw them all together in a movie.

The Devil All The Time