First Look at The Devil All the Time's Stacked Cast! | The Mary Sue

We’ve Finally Got a First Look at The Devil All the Time’s Absolutely Stacked Cast, and It Has Me Ecstatic! 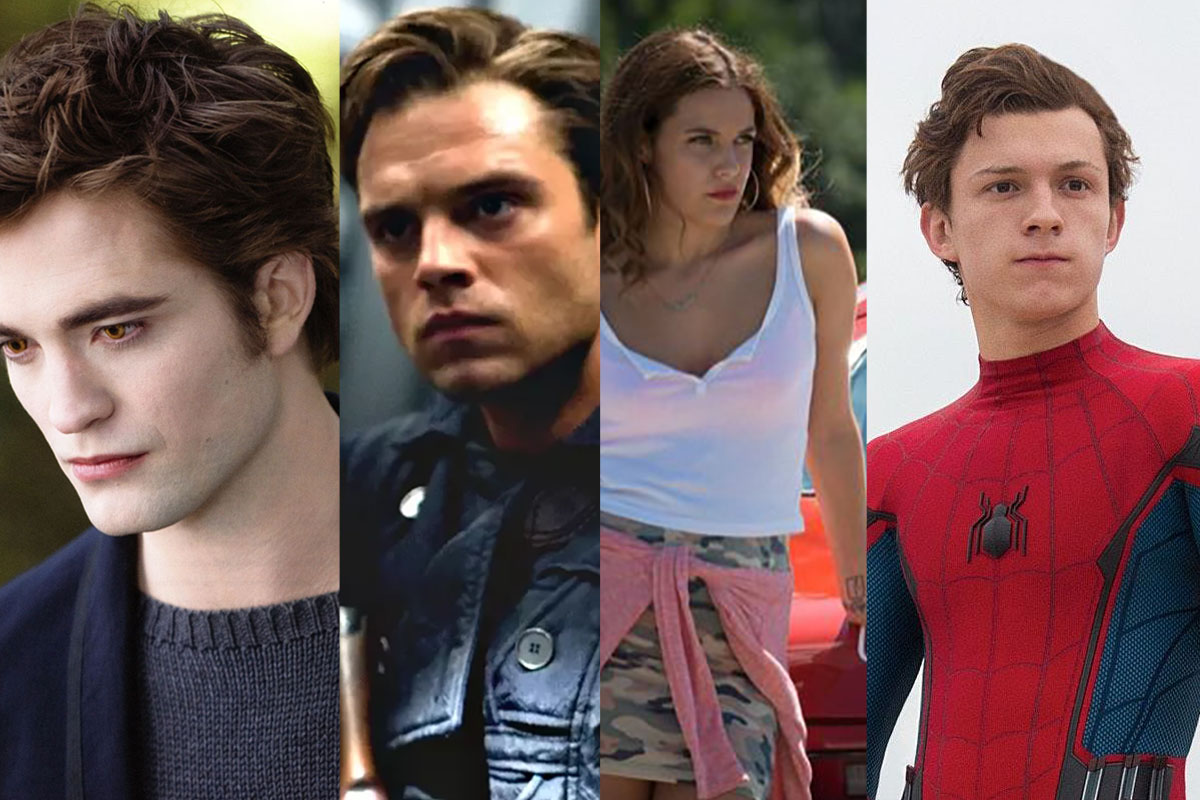 The Devil All the Time is a novel that I couldn’t seem to put down, and now, we’re finally getting ready for the release of the Netflix movie adaptation. With a stacked cast (and I say stacked), the movie seems to be gearing up for the twisting tale of Meade, Ohio. Entertainment Weekly released the first look at some of the characters, and I was already excited about this one, but now I can barely wait until we get The Devil All the Time this September!

But, let’s get into these pictures a bit and talk about each of these characters (as well as some of the other cast that wasn’t featured in the first look photos).

Carl and Sandy (played by Jason Clarke and Riley Keough).

Playing a couple that, essentially, goes on a serial killing spree, Carl and Sandy continue to find themselves down on their luck. Moving to Los Angeles to make a better life for themselves, Carl and Sandy both end up luring in young men (with the promise of sleeping with Sandy), and then they end up dead and photographed by Carl.

Connected to Meade through Sandy’s brother Lee Bodecker (Sebastian Stan), their story goes all over the United States, but they continue to come back to Meade once they have made enough money or taken enough pictures.

Robert Pattinson, plays a preacher named Preston Teagardin in ‘Devil All The Time’.
“Rob prepared a bunch of ideas and you don’t know what you’re going to get but it’s all interesting,” says Campos. “The character coming to life, I saw that in front of me when we were on set.” pic.twitter.com/MYw4G1FZPA

Preston Teagardin is part of a storyline where the preacher doesn’t exactly end up having the best interests of his clergy at heart. He’s not a great man (and no one in this story really is except for maybe Arvin), but he’s also a character rich with story. And to see Pattinson take that on is going to be incredible.

According to Entertainment Weekly, director Antonio Campos was amazed by Pattinson’s ideas for the character:

“Rob prepared a bunch of ideas and you don’t know what you’re going to get but it’s all interesting. The character coming to life — I saw that in front of me when we were on set.”

📸 – FIRST STILL FOR ‘THE DEVIL ALL THE TIME’ 😭 pic.twitter.com/ndquqgidEm

Willard Russell’s storyline is interesting. For one, he’s only in the beginning of the novel (so it’ll be interesting to see where they take Skarsgård), but he plays Arvin’s father (meaning that Tom Holland is technically a Skarsgård now). Willard wants to save his wife, who is sick, and will do it in any way he can. So, he goes to an altar he built in the woods and prays every day with his son. The problem? He sacrifices animals there as a way of trying to give something to the higher beings so they’ll save her.

I’m not going to lie; this movie is filled with people I care about. From Sebastian Stan to Robert Pattinson, its cast was one of the main driving forces behind me reading the novel—and, of course, I’d do anything for Tom Holland. Playing grown-up Arvin, he lives with his grandmother and comes back to Meade later on in life to try to understand what happened to him and his family.

Director Antonio Campos had nothing but wonderful things to say about working with Holland on The Devil All the Time.

“Tom is a very sweet person and a very generous actor but he’s willing to go wherever he needs to go emotionally for the character,” says Campos. “He wanted to go where he had to go. Tom’s electric. He’s sort of sitting there doing nothing and is immensely watchable.”

With Cherry, also starring Holland, on the way from the Russo brothers, it’s going to be an interesting year for Holland fans.
Many on Twitter got excited about the movie because it’s been a long time coming. I read the novel last spring because I thought we were going to get it by February of this year, so … finally getting a first look at The Devil All the Time is a big deal!

bro i am READY for the scenes here pic.twitter.com/XYwrK0cbyy

I love them, your honor pic.twitter.com/XIMUXpRJm3

Some people need to be scared because Tom Holland isn’t coming to play pic.twitter.com/zXm1dcZlNU

I would like to thank the gods for Robert Pattinson and Tom Holland starring in the same movie. My soul thanks you. pic.twitter.com/p3Rfc5DreX

The Devil All the Time is heading to Netflix this September 16th and I personally cannot wait! You still have time to read the Donald Ray Pollock novel if you haven’t yet and I highly recommend that you do!

NetflixThe Devil All The Time