How Concerned Should We Be by Florida Governor Ron DeSantis’ Plan To Create His Own Little Army? 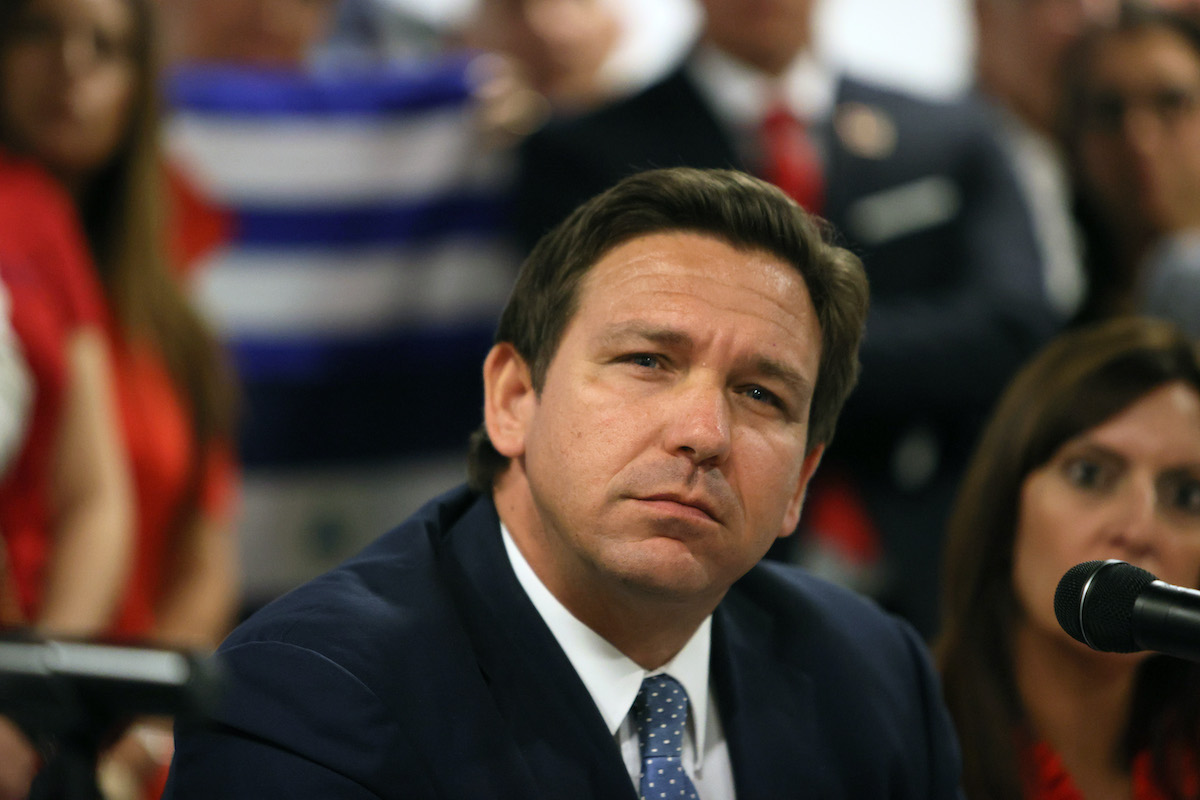 Florida Governor Ron DeSantis announced last week that he wants to create a little vigilante army that he, not the Pentagon, will control.

As part of his state’s military budget, DeSantis allocated $3.5 million to “establish the Florida State Guard, a civilian volunteer force that will assist the National Guard in state-specific emergencies.” This would be a new small force of only about 200 people, separate from the Florida National Guard, operating solely under his control.

Reactions to this news were all over the place. For many, this is a terrifyingly blatant move toward authoritarianism. DeSantis’ defenders were quick to point out that plenty of other states have their own state guards, including New York and California.

No Governor should have his own handpicked secret police. https://t.co/BWEPhM5rHa

He makes it harder to vote and stifles free speech. He threatens public schools and universities. He neuters local governments. He stacks the courts. Now he wants his own secret police funded by taxpayer dollars. https://t.co/eoRT1kl9PR

Wannabe dictator trying to make his move for his own vigilante militia like we’ve seen in Cuba. Florida is not and will never be Ronnie’s regime. https://t.co/e6e4AkfRg7

Now, state guards are nothing new. Actually, they are distinctly not a modern thing. 22 states have state guards in operation, but most were established during the Civil War or World War II. Many states that once had a state guard have since disbanded the forces, including Florida. Like other states, Florida created its state guard during WWII, when the National Guard was called into federal service. It was disbanded in 1947 when the National Guard was released from active federal duty.

For DeSantis to be creating a new state guard now is very strange and definitely seems like cause for concern, especially when other states have had very good reasons for disbanding their own (often undertrained, overzealous) forces.

But following the return of the Florida National Guard, the state guard was disbanded in 1947. Most states did the same, but two dozen state guards were revived in the early 1980s during the Reagan administration. The Utah state guard was purged in 1987, after journalist Jack Anderson reported that it was said to be “peppered with neo-Nazis, felons and mental patients.” The Virginia state guard was investigated amid rumors that some of its members were seeking to raise enough money to purchase a tank. And the New York Guard was said to have secured funding for its operations by awarding generalships to influential politicians, some of whom had never been in the military.

DeSantis didn’t announce why he’s choosing to establish a WWII-era personal military force in 2022 except to say that it will support “emergency response efforts.” But in recent years, he and other governors have sent their National Guards to the U.S./Mexico border in a series of escalating PR stunts, so that might be at play. Also, the National Guard is enforcing vaccine mandates among its troops, and DeSantis is staunchly anti-mandate.

Other states have been using their guards to aid in COVID-19 pandemic response efforts. DeSantis hasn’t said if he plans to go that route, but in the war on COVID-19, the Florida governor has repeatedly and aggressively proven himself to be on the side of the virus, so maybe let’s hope not.