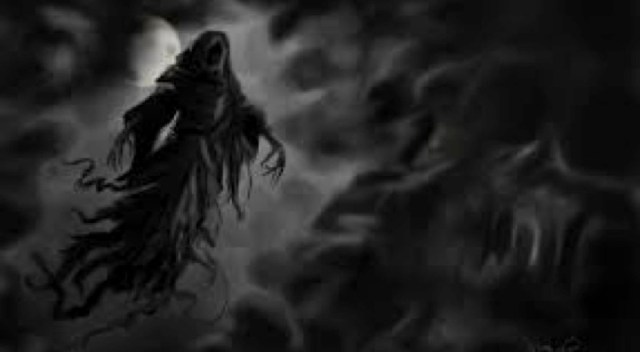 “Numbing the pain for a while will make it worse when you finally feel it”
Albus Dumbledore, Harry Potter and the Goblet of Fire

While not many of us have lost our parents to a dark wizard, many of us can relate to a deep deep sense of loss, having lost someone or something that meant a lot to us. That is also the story of Harry Potter. From the very beginning of the series we learn about the terrible loss, depression, and trauma that Harry and later, his friends, endure.

Lord Voldemort, believed by many to be a fictional version of Adolf Hitler, murdered Harry’s parents when the boy was just 1 year old. Horrific as that may sound, Harry’s trauma history was only beginning. After being orphaned by Voldemort, Harry is then sent to live with his abusive relatives, the Dursleys, who starve him, and physically and emotionally abuse him.

At the age of 11 Harry finds out that he is a wizard and is able to attend Hogwarts School of Witchcraft and Wizardry. However, when Voldemort returns, it is up to Harry and his friends to stop him while risking their own lives and enduring excruciating losses. 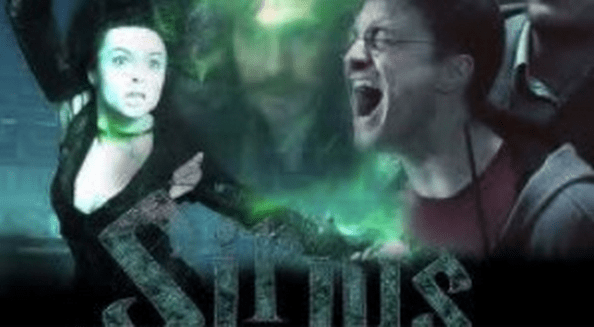 In the third book of the series, “Harry Potter and the Prisoner of Azkaban,” we are first introduced to the Dementors, awful creatures that feast on human emotions and consume their souls. The Dementors are said to suck out all our happy memories, causing depression, hopelessness, and emotional devastation. The stronger emotional baggage one has, the more likely the Dementors are to sense them. It is therefore not surprising that the Dementors have such a strong effect on Harry, who has experienced more trauma in his childhood than most people do in a lifetime. When the Dementors are near him, Harry is able to relive the specific moment of his mother being murdered over and over again. He is able to hear his mother’s voice, scared and pleading with Lord Voldemort to spare Harry’s life. This is the only memory Harry has of his mother’s voice.

The Dementors not only retraumatize Harry, they disable him. The first few times he faces them, he loses consciousness, unable to fight them off. As strange as this reaction may seem to some, it serves as a great metaphor for the effects of Major Depression. Did you ever feel so overwhelmed by depression that you could not move? Did you ever feel that the world around you is too dark and hopeless? Did you ever think that nothing will ever get better? The truth is, many of us have. J.K. Rowling purposely described the Dementors this way, as a kind of a demented tormentor, that forces us to experience the most excruciating emotional pain. Rowling is no stranger to depression, having struggled with it herself.

For many of us, emotional pain can be far more agonizing, than the physical. Depression can feel as if we’ve been hit with a cruciatus curse, creating immeasurable suffering. Depression is often far more terrifying than a physical consequence. Do you remember when Harry Potter faced a Boggart in the third book? A Boggart is a shape shifting amortal non-being that takes the shape of that which we fear the most (Ron’s was a giant spider, for example). Recall that Harry’s Boggart did not take shape of Lord Voldemort, his parents’ killer and the world’s most evil dark wizard, but rather that of a Dementor, suggesting that what he feared the most were the dark emotions that arose when he was in the presence of a Dementor. It was not until Harry learned the Patronus Charm, one that requires him to mindfully concentrate on a happy memory from his past, that he was able to defeat the Dementors.

Since the Dementors are meant to symbolize Major Depressive Disorder, let’s see if we can analyze what this disorder is, how it comes about, and how we can learn to conjure our own Patronus charms in order to better manage depression. Major Depressive Disorder (MDD) is a mental health disorder that affects nearly 7% of people in the US. It is believed that as many as 25% of people in the US may suffer from a Major Depressive Episode at some point in their life. MDD is characterized by persistent sadness, chronic fatigue, loss of interest in previously enjoyable activities, hopelessness, weight or sleep changes, difficulty concentrating, and/or thoughts of suicide.

One of the reasons why people develop or maintain a depressive state is because they are either regretting the past or are living in the future. For example, someone who is depressed might believe that they will never get better, causing them to feel hopeless, not want to get out of bed, or participate in social activities. The danger there is that our brain reacts to these imagined situations as if they’re actually happening in real time; it’s almost like mental time travel. If we imagine that things will continue to be gloomy in the future our brain interprets it as if it is happening and acts accordingly. Similarly, if we are regretting the past, either what we did or what we’ve lost, this too, can contribute to depression. In both of these cases, the absence of mindfulness (nonjudgmental present moment awareness) is contributing to the increase in depression.

A great example of this is seen in the first book, “Harry Potter and the Philosopher’s Stone.” When Harry discovers the Mirror of Erised, which shows the onlooker what he or she most desires – Harry sees his parents. Despite the fact that he is initially excited to see them, Harry grows more and more devastated by the fact that they are no longer alive. When Professor Dumbledore finds him looking at the mirror, he informs Harry that many people have gone mad while looking at it, as they get so lost in their desires that they are taken away from the present. “It does not do to dwell on dreams and forget to live,” Dumbledore reminds Harry. 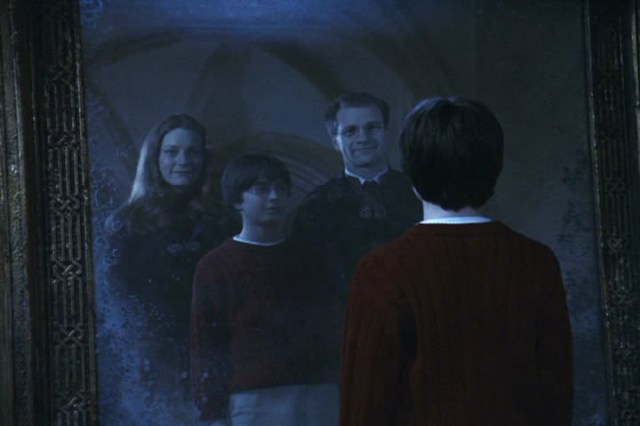 Another behavior that can negatively contribute to depression has to do with our desire to control or get rid of it by engaging in activities that are meant to avoid or distract us from depression. While avoidance can temporarily reduce the painful emotions that accompany depression, it ultimately makes the depression worse. Take Severus Snape, for example. Severus certainly has an extensive trauma history, his parents neglecting him, emotionally (and possibly physically) abusing him, his classmates bullying him, and then his best friend and the love of his life, Lily Evans, Harry’s mother, cutting him out of her life and marrying his worst enemy, James Potter, only to be murdered by Voldemort just a short time later. Severus carries an enormous amount of guilt because it was he who told Voldemort of the prophecy that stated that Voldemort would be overpowered by an infant, causing the Dark Lord to kill both Lily and James. 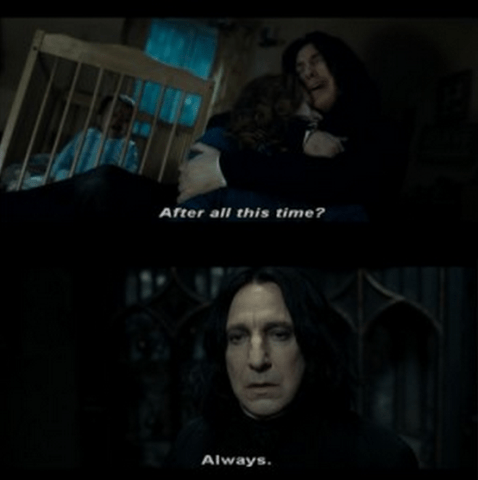 Devastated by his loss, Snape keeps all his pain inside him, deeply hidden within the walls of his Pensieve, avoiding closeness and any sensations or experiences that might further hurt him. While keeping people at a distance allows him to avoid getting hurt again, Snape is also maintaining his depression this way. Exploring one’s feelings by connecting with them, as well as with other people, allows for the very kind of understanding that we need to feel better. As Dumbledore once said, “Understanding is the first step to acceptance, and only with acceptance can there be recovery.”

Often times we might be too afraid to fail and will not even try at something that means everything. When an opportunity pressents itself, we might be too afraid of having been found out as a major fraud, one who does not know anything at all. We might cower and take no chances, feeding our depression monster. Rowling herself admitted that her fear of failure caused her to be too afraid to try working on her novel and that it wasn’t until she failed many times, and faced the Dementor of her depression, that she recovered. Rowling states, “Rock bottom became the solid foundation on which I rebuilt my life,’ and adds, “It is impossible to live without failing at something, unless you live so cautiously that you might as well not have lived at all – in which case, you fail by default.”

Amanda Palmer, a rock star and the author of “The Art of Asking,” has also suffered from depression. When I was able to ask Amanda about her experiences, she shared the following, “i struggled with depression quite a bit when i was younger, and was even on meds throughout most of college, which, in retrospect, wasn’t the wisest idea. they squashed me creatively and turned me into a bit of a survival-zombie, when the truth is that it was my environment more than my brain that was the problem. but i was too young to really have that perspective, at the time. for any of my friends struggling with depression i advise meditation and yoga (it helps me a LOT to stay strong and positive and not dip into the blue depths) and exercise in general. it’s amazing how a jog a day will keep me from getting sad. i’m a fan of therapy as well. i think many people who medicate (legally or illegally) don’t realize that they’re simply masking the symptoms of bigger stresses and sore truths in their lives that really need to be aired out and dealt with. just facing the truth of yourself and your life on a constant basis can often be the way out. therapy can get you there, but there’s lots of paths.”

Based on what Palmer, Rowling, and some of us have discovered, it seems that the best way to manage depression is by not avoiding the painful sensations and instead by following our hearts, no matter how scary, how painful, or how difficult it may be. In fact, numerous research studies have shown that when we get out of bed, when we face the day, no matter how difficult it might be, when we take a chance even when we think we might fail, when we try even when we think we are a fraud, we might heal. While some people may need medication to get them there and others will not, the most important thing is to remember to live your life according to your values. Trying even after we have failed keeps hope alive and when hope is alive, so are our dreams.

The video below just about sums up finding hope in the most difficult times. When life is especially hard, when you feel like giving up, remember Dumbledore’s wise words, “Happiness can be found in the darkest of times if one only remembers to turn on the light.”