“Understanding is the first step to acceptance, and only with acceptance can there be recovery.” - Professor Dumbledore

Harry Potter, “the boy who lived,” is one of the most famous and influential fictional series, alongside classics like Lord of the Rings and Star Wars. What’s especially striking about the Potter series is how accurately author J. K. Rowling illustrates the terrible struggles many of us face; among them, bullying and prejudice, which are arguably the main themes of the series.

Here’s a brief recap of the series: Harry Potter, a young wizard, was orphaned at the age of 1 by a dark wizard, Lord Voldemort, who killed Harry’s parents and tried to kill Harry as well. However, Voldemort’s attempt to kill young Potter failed and his spell rebounded, destroying Voldemort instead. Harry is then sent off to live with his abusive relatives, the Dursleys: Uncle Vernon, Aunt Petunia, and his cousin, Dudley. For the next 10 years, Harry lives in a kind of hell – his aunt and uncle are starving him, essentially making him into their servant, while Dudley and his friends bully him, chase him around the school, threaten him, and beat him up.

On his 11th birthday, Harry learns that he is a wizard — something his relatives were trying hard to stomp out of him. Harry goes off to study magic at Hogwarts School of Witchcraft and Wizardry, where he meets his two best friends, Ron and Hermione, as well as his arch nemesis, Draco Malfoy. Draco and his two friends, Crabbe and Goyle, constantly torment Harry, Ron, and Hermione. Throughout the series, Harry and his friends constantly face different kinds of monsters, including some rather abusive teachers, like Severus Snape and Dolores Umbridge. As Lord Voldemort regains his strength and comes back to power arming himself with followers called the Death Eaters (Draco Malfoy’s father among them), it is up to Harry and his friends to stop them from committing genocide (killing off all non-magical humans, or “Muggles,” as well as all Muggle-born witches and wizards). 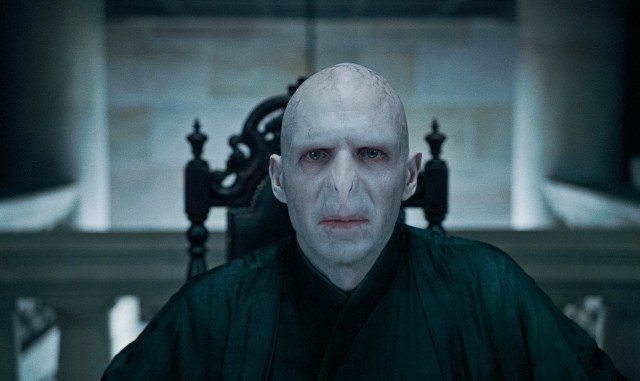 Throughout the series, we find numerous examples of bullying, including the Dursleys, the Malfoys, Snape, Umbridge, and Voldemort. All go to different lengths and all have different origins, yet there is one thing they all have in common: the “Us vs. Them” attitude, which is referred to as in-group bias. In-group bias refers to favoring one’s own group and regarding it as superior and displaying aggression or prejudice toward the other group, which is seen as inferior. Having biases against other groups is related to self-esteem, where demonstrating the superiority of one’s group over another can lead to temporary increases in self-esteem. We see examples of this, specifically in trying to put down other group members, in all the bullies listed here. Reliance on putting down others in order to make oneself feel superior, however, is a dangerous game. It potentially sets those playing it up for failure, as self-esteem — when defined this way — is highly unstable, and can lead to major disappointment, depression, and violence.

Other commonly observed reasons for bullying, and ones illustrated in the Harry Potter series, include jealousy, being bullied by others, history of trauma, and Antisocial Personality Disorder. We witness the first of these, jealousy, as one of the main reasons why Aunt Petunia resented her nephew. Harry’s mother, Lily, was a witch, and able to attend Hogwarts, whereas Petunia was not. Petunia even went as far as to write a letter to the Headmaster of Hogwarts asking for admission, but was denied. Subsequently, when Harry learns that he is a wizard and can also attend Hogwarts, Aunt Petunia, full of anger and disgust, admits that her parents were always proud of her “perfect” sister, whom she refers to as a “freak.” Her jealousy and, most likely, her feelings of inferiority, lead her to resent her sister and anything related to the magical world, including Harry.

One can argue that Snape’s hatred toward Harry and his bullying him might have also been related to jealousy, as well as to his own history of being bullied. Like Harry, Snape had a difficult childhood. Snape’s father didn’t know that his wife was a witch when they married, and the two often fought in front of their child, leaving young Severus without a companion or social support. When Snape was a student at Hogwarts, he was bullied by James Potter (Harry’s father) and his friends. I actually believe that one of the main reasons why James was targeting Snape in the first place was because of Snape’s friendship with Lily, whom they both liked. 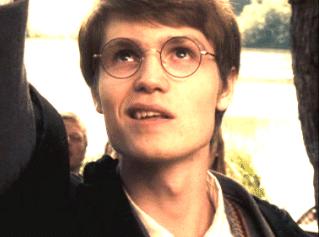 When James goes too far and humiliates Severus in front of the whole school, Lily tries to intervene; but Snape, furious with James, takes it out on her, calling her a “Mudblood,” and the two never speak again. Essentially, James got what he wanted, and after that moment, he stopped bullying Severus — though, to be fair, that could have be due to Lily’s insistence. Years later, when Snape sees Harry, Snape realizes the boy looks just like his father, Snape’s tormentor — only with Lily’s green eyes. Snape cannot help but be mean to Harry because of these similarities, possibly in an unconscious attempt to get back at James. Although he is sometimes quite cold, Snape is a tragic hero, one who was hurt so much in the past that it is difficult for him to be kind; one who needs love and compassion more than anything else; and one whom, because of his cold demeanor, is least likely to receive such kindness.

Like Snape and Harry, Voldemort (actual name: Tom Riddle) also had a difficult childhood – his mother died in childbirt,h and his Muggle father wanted nothing to do with him. Riddle, however, seems to possess traits of Antisocial Personality Disorder (ASPD) fairly early on: he’s manipulative; he lacks empathy toward others and shows no remorse for his wrongdoings; he’s quite charming and he uses his charm and guile to get his way; and he will stop at nothing, including murder, to get what he wants. Dumbledore states on several occasions that the one thing Voldemort doesn’t understand is love. People with ASPD are usually biologically incapable of feeling empathy and compassion toward others; and since these are major components of love, it stands to reason that Voldemort — especially after he split his soul into many pieces — was incapable of love and its related emotions.

While the series demonstrates different kinds of bullying, prejudice, and abuse, it serves a very important function: it makes us more compassionate. Compassion is defined as recognizing the suffering of another, being able to put oneself in “another person’s shoes” (empathy), and to want to help this person (or non-human animal). 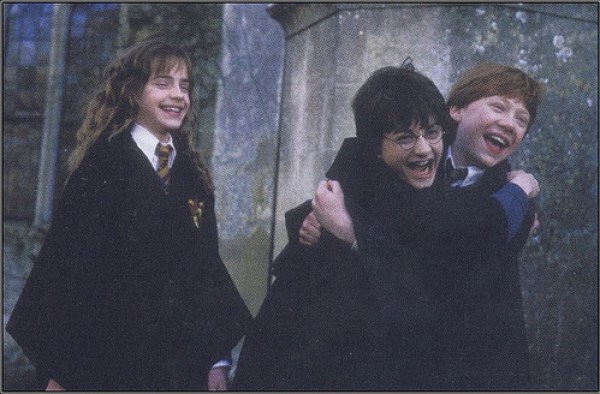 We see examples of compassion throughout the books from Dumbledore, Hagrid, Harry, Ron, Hermione, and many others. One of the most powerful examples of compassion in the series is when Harry comforts Snape, who is in the process of dying. Even though Snape and Harry never got along (and worse — they hate one another), Harry is able to recognize Snape’s suffering, and provide him with companionship and support during his last moments.

There have been several studies that demonstrate how reading the Harry Potter series reduces prejudice and increases empathy in the readers. In a series of studies initially published in the Journal of Applied Social Psychology, Loris Vezzali and colleagues measured children’s attitudes toward stigmatized groups, including the LGBT population, as well as immigrant and/or refugee populations before and after an intervention. The intervention consisted of asking children to read passages from Harry Potter that were either related (experimental group) or unrelated (control group) to prejudice. The results of the study found that the children in the experimental group showed significantly less prejudice after the intervention compared to the children in the control group. These results suggest that these books increase empathy and promote acceptance of diversity. To further support this point, another study found that reading emotionally driven passages from Harry Potter increases the brain’s empathy response. Taken together, these studies suggest that learning about the suffering of another, connecting with another person, or even fictional characters, can help increase perspective taking, empathy, and compassion.

While there are different reasons why people develop prejudice and bullying behaviors, one thing remains clear: receiving emotional support from others is crucial in helping us cope with a painful experience. Taking the time to connect with another person makes it more likely that we will be empathic toward them, and can potentially help us heal as well. During a time when cyberbullying is more common than it has ever been, we can remember to practice compassion toward those who are being bullied, as well as ourselves. An act of compassion does not have to be big; it could be a brief supportive message, a smile, or a hug, anything to let the person being bullied know that they are cared for.  Just as Hagrid had supported Hermione, reminding her that “there isn’t a spell our Hermione can’t do” after she was called a “Mudblood” by Draco, so can we stand together and show our support for the person being bullied. We can become compassionate superheroes, proving to Voldemort once again that love is the purest form of magic.