Dell Streak Is Real, Coming to US in the Summer 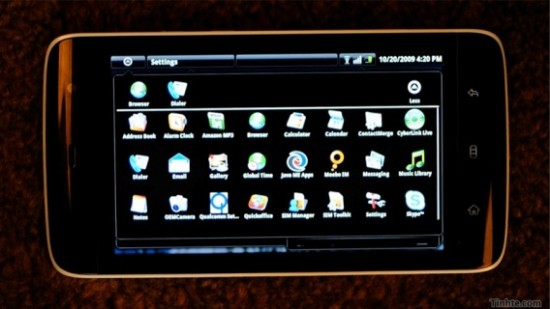 Dell’s confirmation that the Dell Streak tablet is for real and coming this summer will be no great shocker if you’ve been following the many, many ‘leaks’ online or even listening to Michael Dell say as much himself.

Nevertheless, Dell has dropped word of the 5-inch Android-based tablet’s coming release this morning, and while there are still a few details out of the picture — we don’t know how much it’ll cost, a precise release date, or whether or not it’ll get its rumored 7- and 10-inch counterparts — there are a few nice confirmations in the mix.

First, if you’re in the UK, you don’t have to wait: Echoing Michael Dell’s remarks two weeks ago, it’ll be coming to the UK in early June in a partnership with mobile carrier O2. Second, while it’ll launch with Android 1.6, it’ll be upgradable to the Flash-capable 2.2 (the “Froyo” you’ve heard so much about) later this year. According to PC World, “The mini tablet will also come pre-loaded with Facebook, Twitter, and YouTube apps, and Google Maps featuring free turn-by-turn navigation.”

iPad killer? Probably not, but it’ll sweeten the pot if it comes in at a low, Dell-befitting price point, and while the 5-inch screen size makes it difficult to place (is the better comparison a tablet or a smartphone?), Flash remains a welcome feature.