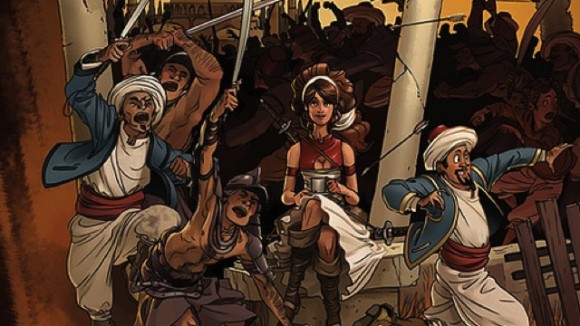 According to a report from ScreenRant, Delilah Dirk may be getting her very own Disney movie, marking her as just the latest heroine to make her way to the big screen. Delilah Dirk and the Turkish Lieutenant, written by Tony Cliff, is a graphic novel centered around a “lovable ne’er-do-well Indiana Jones for the 19th century.” It stars (you guessed it) Delilah Dirk, a pretty badass female adventurer who’s known as the “International Mistress of Swordsmanship.” With a title like that, who doesn’t want to see Dirk in action on the big screen, I mean really?

What’s more, here’s hoping that they cast a woman of color to play Dirk. Just as we believe the world could use more female adventurers, it sure could use plenty more women of color adventurers as well. Who would you want to see bring Dirk to life?