Dear Armie Hammer et al, Men Like Roman Polanski Are Only a “Gray Area” If You Make Them One 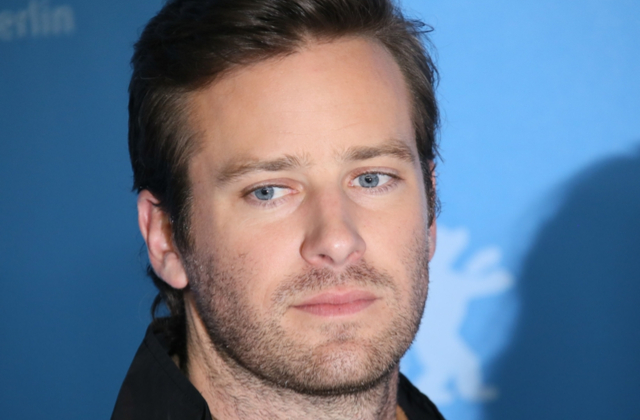 Armie Hammer has been making headlines lately, mostly ranging from awesome to “well that was weird.” In defending his new movie Call Me By Your Name, he ended up in a Twitter feud with James Woods. That was the same fight that caused Amber Tamblyn to speak out with her story of Woods’ predatory behavior. Then last week Hammer deleted his Twitter account after firing back at a less-than-favorable BuzzFeed profile. It’s been an eventful few months.

But it’s hard to get out of an Oscar-track press tour without saying something monumentally stupid, and Hammer, it turns out, is no exception. While appearing on the MTV podcast “Happy Sad Confused,” host Josh Horowitz asked him the “drama” surrounding some of his past projects. Horowitz specifically names The Lone Ranger and Birth of a Nation, both of which starred accused abusers (Johnny Depp and Nate Parker, respectively).

Then Horowitz asks what Hammer would say if Roman Polanski wanted to work with him. This happened at the 44-minute mark of a 48-minute-long interview. Oof, you were so close, Hammer.

Horowitz: So where are you in terms “separating the art from the artist”?
Hammer: We didn’t, like, I mean … no one really knew. That was …
Horowitz: Yeah, the next stuff came out after, no one really knew that past too well.
Hammer: I don’t know, man, like … For me … (audible sigh)
Horowitz: So like, if Polanski wants to work with you … what do you say?
Hammer: You know, it’s funny man. Because part of me as an artist would say … there’s not a lot of artists in history who don’t have something fucked up about them.
Horowitz: Right…
Hammer: You don’t find reasonable men at the top of tall mountains, and sane people don’t decide to become artists, because it’s a weird job with no job security and you know, whatever. But, it’s … the idealist in me would like to think, like, okay, I’m not working with “Polanski,” to use your example, the person, I’m working with him as an artist and this is a new thing that he’s doing and I think that he is a talented artist or whatever. But at the end of the day, like, as a human, and as someone who’s trying to live a virtuous life, you kind of go “Is it worth it?” because you know there’s going to be drama. You know it’s going to be something that can overshadow what you’re actually trying to do. So, I don’t know, man, it’s … It’s full of gray, you know?
Horowitz: It’s not an easy question. I grew up, Woody Allen was my spirit animal, as you can imagine, stereotypically. What do you do with that? Mel Gibson, I grew up with his films. I don’t know if I can throw all of that out.
Hammer: Yeah, it’s like… yeah. Yeah.

On the one hand, I feel for Hammer. That’s a hell of a question to be asked in an interview. You can listen to those pauses and “yeahs” here if you’d like. He seems very aware that he’s treading dangerous ground here. But good intentions will only get you so far and in this case, it’s not far enough.

I envy these guys who can separate art from the artist, who can write rapists and abusers off as tortured geniuses, who can laughingly call all of this “drama.” But the rest of us aren’t so lucky. The rest of us can’t or refuse to separate an artist from his history of accused/convicted sex crimes because it’s not “drama” to us, it’s our fear for our own physical safety or our respect for women who have come forward to speak out, and our knowledge that those accusers have long been systematically silenced to preserve men’s careers.

And sure, some of these men are brilliant and I’m sure you’d make some Very Important Art together. Get the hell over it. The creeps and rapists have had their moment. There are plenty of women and non-creep geniuses waiting in the wings, who have been sacrificed at the altar of Adored Men for their entire careers.

Men like Polanski, who make art but have the “drama” of abuse surrounding their work, are only “gray areas” if you want them to be. Honestly, giving up the Woody Allens and Mel Gibsons and Polanskis of the world doesn’t seem like that big a sacrifice if the trade-off is that we have fewer abusers being lauded as great contributors to our times.

In the eternal war between sexual abuse and men’s reputations, women are finally starting to make some headway. And we have no time for anyone mourning any part of that.