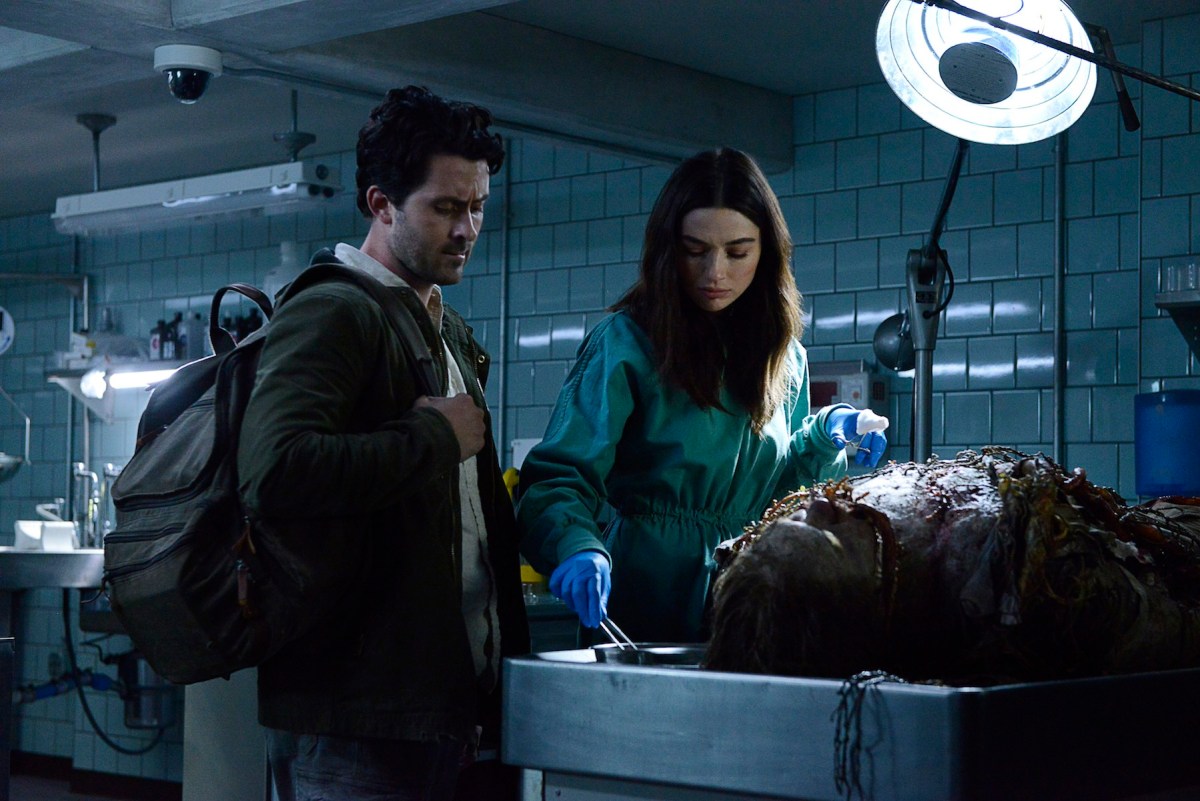 Whelp, this is disappointing. DC Universe is canceling their brand new series Swamp Thing after one season. The series has received strong reviews so far (including our own), and the cancellation comes barely a week after the pilot episode premiered on the streaming service.

The series starred Crystal Reed as Abby Arcane, a CDC specialist who returns home to Marais, Louisiana to investigate a mysterious epidemic afflicting the townspeople. She teams up with Dr. Alec Holland (Andy Bean) to uncover the source of the illness, but tragic event turns Holland into a supernatural creature of the swamp.

Things seemed rocky with Swamp Thing after Warner Bros. cut the original 13 episode order down to 10. At the time, star Virginia Madsen posted a now-deleted Instagram writing “I’m beyond sad. What a terrible decision. We have been cut to the core by those who have never set foot into the Swamp. And despite the rule I am going to use the hashtag. #swampthing”.

So what happened? How does a highly anticipated, well-reviewed series die on the vine before it’s even given a chance to earn a fan base?
Many speculate that Warner Bros. is losing faith in the viability of DC Universe. After pouring money into several expensive live-action series, the streaming channel’s subscription numbers (which remain secret) may not be high enough to justify the investment.

There are also rumors that the executives at the newly formed WarnerMedia and AT&T disliked the tone and direction of the show. This comes after AT&T’s acquisition of WarnerMedia, and their plans to launch their own competing streaming channel, which may see fellow streaming services under the Warner label collected under one streaming network.

But writer John Gholson presented a concrete financial reason for the series’ cancellation on Twitter, regarding a clerical error in North Carolina’s film and TV tax fund:

North Carolina promised a $40m tax rebate that, due to a paperwork error, they were unable to deliver. That was roughly half the proposed budget for s1 (which is estimated at $80m).

There won’t be a s2 because it’s now too expensive to maintain the levels of quality of s1, *especially* for s a niche platform, and there’s no great reason to keep the production on standby when the deal in NC is no good for them anyway.

This means that Swamp Thing was promised a $40 million tax credit, but ended up with only $14 million. Considering the budget for season one was around $85 million, the corrected tax deduction likely dealt the series a killing blow.

And it’s a real shame, because Swamp Thing was one of the best comic book pilots I’ve seen in some time, and now it won’t ever get the chance to build an audience. After all, in an era of peak television, who wants to invest in a series that has no future? It’s a disappointing end to a well-reviewed and widely anticipated series and a frustrating bait and switch for Swamp Thing fans.

So far, only Titans has been renewed for season 2 on DC Universe. No word yet on a second season for Doom Patrol.