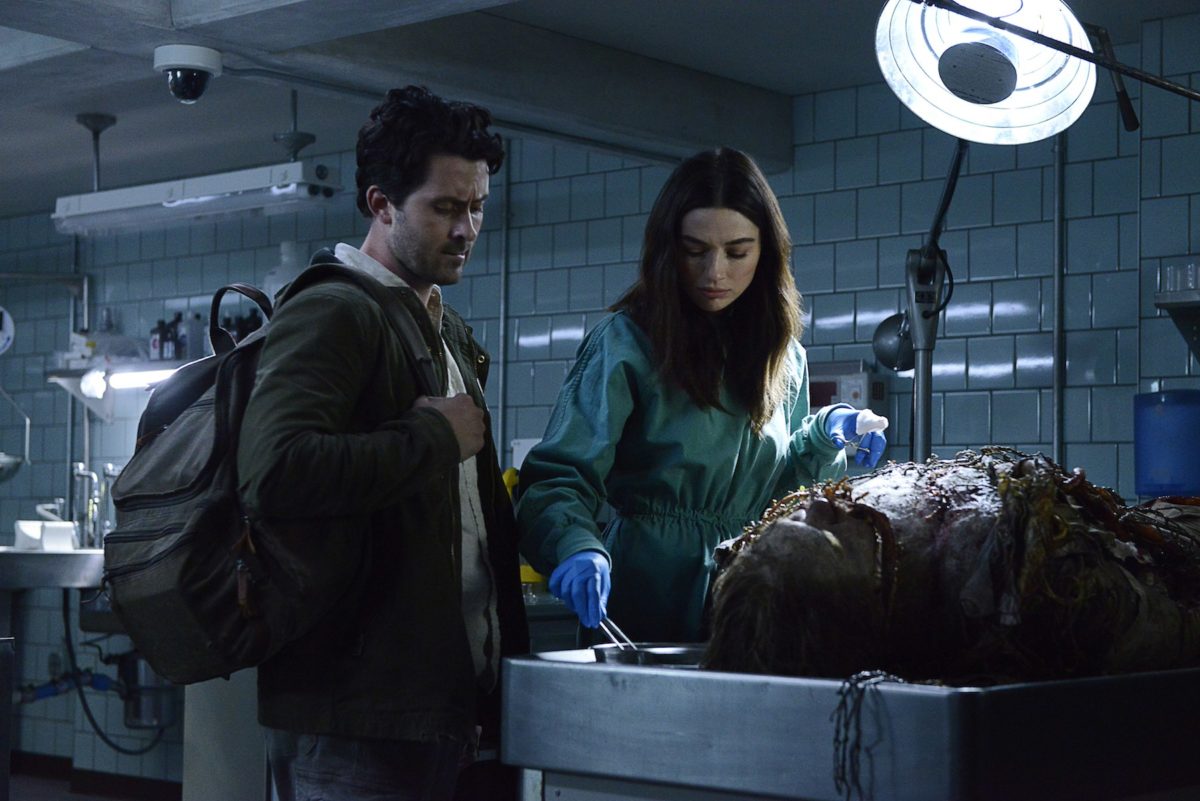 DC Universe’s third original live-action series Swamp Thing is a departure from superhero shows as we know them. And that’s only right, as Swamp Thing himself is not your average brooding bro in a cape. Like Titans and Doom Patrol, Swamp Thing is similarly uninterested in telling a rote superhero story. But instead of leaning into gloomy grit or trippy humor, Swamp Thing leans heavily into horror, delivering a truly scary TV-watching experience.

The series’ blend of Southern Gothic and body horror, not to mention its Louisiana setting, will no doubt draw comparisons to HBO’s True Blood. But unlike the campy vampire series, Swamp Thing grounds itself in its human relationships and leans heavily on the inherent horrors swimming in the swamp.

the series centers on Dr. Abby Arcane (Crystal Reed) of the CDC’s Epidemic Intelligence Service, who is called back to her hometown of Marais, Louisiana to investigate a mysterious swamp-borne illness. While there, she meets unconventional scientist Alec Holland (Andy Bean) whose research into the swamplands has yielded disturbing results.

The pilot episode positions the series as a mystery, with Alex and Abby chasing down the cause of the illness, but quickly transitions into gross-out body horror when the afflicted bodies are overrun with a highly aggressive plant life. These scenes could easily be corny, but the series creates effective tension and scares from the animated vines and swamp ephemera.

The swamp itself plays like a character of its own well before Swamp Thing takes residence. Len Wiseman, who directed the pilot, brings shades of Evil Dead to the swamplands, leaning into the inherent creepiness of the locale. The night may be dark and full of terrors, but it’s got nothing on a Louisiana swamp teaming with alligators, insects, and unstoppable vegetation.

The series does an impressive amount of world-building in its first two episodes, establishing the town of Marais and the various dynamics at play. Abby left the town after a tragedy in her youth, and her return rattles the community, most notably the Sutherlands, the wealthy family who run the town. Played by Will Patton and Virginia Madsen, Avery and Maria Sutherland both wield influence and strength yet are haunted by their past and their connection to Abby.

Along with the Sutherlands, we are introduced to Sheriff Lucilia Cable (Jennifer Beals) and her son Matt (Henderson Wade) who still holds a torch for Abby. Swamp Thing artfully captures the claustrophobia of a small town, where everyone knows everyone and all the citizens are hiding secrets.

As with all shows set in the South, the accent work is all over the place. Most characters, including Abby, have forgone any attempts at an accent. Patton delivers a syrupy Southern take, while Beals tries for Cajun but lands closer to Bobby Boucher. As a Louisiana native myself, I may be judging these accents harsher than most. But after seven seasons of True Blood swinging for the fences accent-wise, I don’t mind a less theatrical take.

All this, and we haven’t even gotten to the pivotal turn of the series, namely Alec Holland’s tragic transformation into Swamp Thing (where Derek Mears takes on the role). The costuming and make-up work for Swamp Thing are excellent and very true to the comics, but what’s more important is the emotional and psychological horror of a man who finds himself transformed into a monster. There is pathos and emotion that shines through thanks to Mears’s performance and the make-up work that allows him to emote through the latex.

And ultimately, that’s what makes the series so effectively compelling. Swamp Thing leans into the humanity of the monster, yielding one of the most compelling and original comic book series to date.

Swamp Thing is available May 31st on DC Universe.