Does that mean we could have TWO Barry Allens? 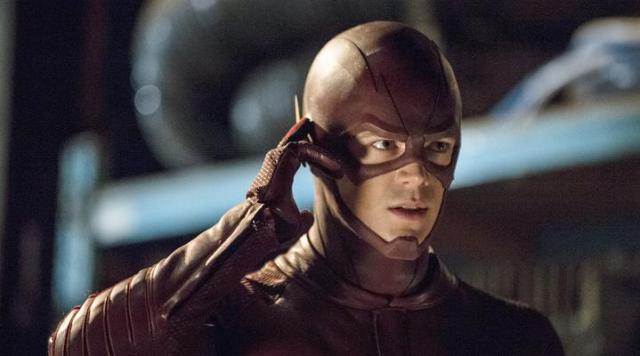 During the DC Films Presents: Dawn of the Justice League TV special presented on the CW (in which we were graced with lots of lovely new footage–including a sneak peek at Wonder Woman and a new Queen-heavy trailer for the Suicide Squad movie), apparently there was some talk recorded between host Kevin Smith and DC Comics CCO Geoff Johns that was cut from the aired version.

In an episode of his podcast, Smith talked about recording the special and mentioned speaking with Johns about the potential of a crossover between the DC Comics films and television shows:

We did a piece where we talked about — I don’t know how much I’m supposed to say because they cut it out. But the idea [came up] of, ‘Hey man, DC is known for nothing if not a multiverse,’ so at which point I was like [to Johns], ‘Could they fucking crossover?’ And he was like, ‘Ahh.’ So doors are being left open and stuff like that.

After the initial announcement that actor Ezra Miller had been tapped to play the character of The Flash in the DC filmverse, fans expressed their disappointment that the role hadn’t gone to Grant Gustin, who’s been playing Allen as part of the DC TV universe. Gustin later took to his official Twitter account in a show of support for Miller’s casting, and admitted that while he would have liked to play the Flash in a DC film, he thinks Miller is “a fantastic and interesting actor.”

DC has yet to offer an official statement on Smith’s remarks, but as the director and comics fan added on his podcast, the potential for a multiverse crossover could leave the door open for both actors to return as the same character: “Think about this, you can have Ezra Miller be the Flash and you could also have Grant be the Flash, because there’s a multiverse at work.”

Given the variety of character team-ups coming out of the DC camp these days–Batman V Superman, Suicide Squad, and the long-awaited Justice League movie in 2017–a multiverse crossover wouldn’t necessarily be out-of-character or unwelcome. And wouldn’t we all want to see Miller and Gustin’s Flashes go head-to-head?