Look At This Picture of David Tennant’s Pigtail. Look At It. 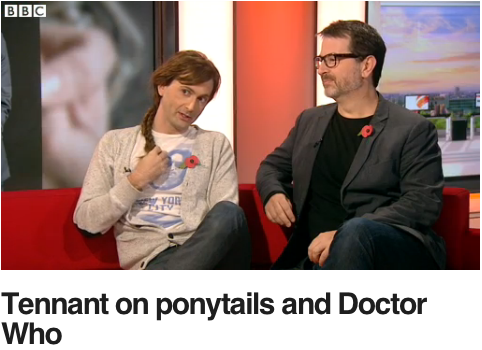 The video associated with this screencap—in which David Tennant talks pigtails, playing Richard II on stage (which is why he’s sporting this lovely long hair), and Doctor Who—is regrettably unembeddable. You can watch it over on the BBC website, but we just had to share this image with you. I’m sure you understand.

(via: Official Doctor Who Tumblr)