No reward is worth this. 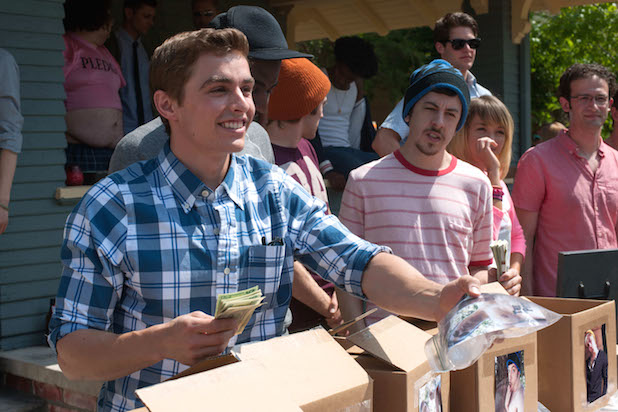 In an interview with MTV during CinemaCon last week, Dave Franco, one of the actors on the original shortlist to play Han Solo in Phil Lord and Christopher Miller’s Star Wars anthology film, described what it was like to try and measure up in the audition room to the legacy of Harrison Ford.

Franco, who by all accounts was knocked out of contention for the role some time ago, explained: “I went in one time for Jeanie McCarthy, who I’ve auditioned for a million times before, and we just had a really fun time together in the room. And then because of the nature of what it is, it just explodes everywhere. Everyone’s coming up and being like, ‘Dude what’s going on?’ and I’m like, ‘I don’t know, you know as much as me!’”

When asked by MTV if he attempted a Harrison Ford impression or put his own spin on the character, Franco went on: “No, I’m not good with impressions or anything like that. I think that’s the reason why it’s so hard to cast this role. Do they want someone to perfectly embody who Harrison Ford is, or do they want to go a completely different route? Do they want someone to look really similar to him? I don’t know, I think they’re struggling with that.”

Those are my exact questions, too, D. Franco. I trust Phil Lord/Christopher Miller and Lawrence Kasdan to deliver, but I can’t wrap my head around this film; it still seems like hubris to cast anyone other than Ford himself to play Han Solo.

That being said, if the rumors are true and Alden Ehrenreich is our new space scoundrel, I’m glad the creators decided to go with a relative newcomer. Dave Franco has worked with Lord and Miller in the past (on the 21 Jump Street movies), and has the humor and underdog scrappiness to pull of Han Solo, but he’s also a big enough name that I think I’d have a hard time suspending my disbelief enough to see him as Solo. That’s not a concern I’d have with most movie roles (that would make me an unbelievably difficult audience member), but, when casting for a character as iconic as this one, it makes sense to me that the creators went for a face fans don’t already have a lot of preassociations with.