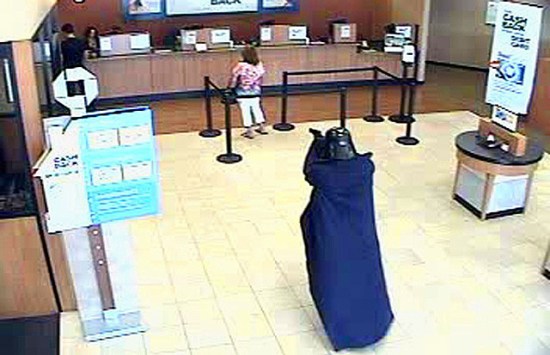 It’s true, the financial crisis has been tough on all of us. The world’s economic climate has found itself in troubling times—might I even say … dark … times? Now it seems even Darth Vader, master of the dark side of the Force, isn’t invulnerable to the volatile dips and dives of the market: Yesterday, the Sith Lord was lowered to robbing a bank on Long Island.

Apparently Vader’s been deprived of his force powers and lightsaber as well, since security guards—who could’ve taken a page from their braver Japanese kin—reported that the supposed “Chosen One” strode into a Chase bank in Setauket around 11:30 a.m. wielding a handgun. Despite having donned his iconic helmet and breastplate, Vader’s new fashion preference of a blue cape and camouflage pants also perplexed us. 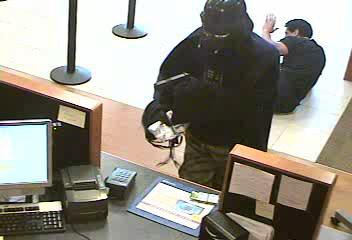 According to WPIX, the Vader thief was described as being 6 feet, 2 inches tall, “last seen fleeing through a nearby parking lot with an undisclosed amount of cash” in the direction of Valley Stream. A policeman said, “The teller complied with the robber’s demands and gave him money from the drawer.” Damn right they did; we know what happens when you fail the Dark Lord (for the last time).

We subscribe to Gothamist’s theory: He’s part of an evil offshoot of Improv Everywhere.

UPDATE: More details about our Vader robber: According to Newsday, the bank customers thought it was all fun and games at first. When a muscled customer at the bank counter jokingly tried to put his arms around Vader, the fallen Jedi suddenly threw him to the ground, aimed the gun at him, and reportedly said, “I’ll shoot you in the face. This isn’t a joke.”

While waiting for the teller to hand off the money, another woman entered the bank. Vader directed the gun at her and said, “Not today, lady. Find a different bank.”

He then knocked over a bagel shop customer as he fled east. An Air Force veteran who was also in the store suggested that the Sith had military training: “He knows what he’s doing with the gun. He wasn’t holding it like a cowboy.” Suffolk county police are currently investigating, and have yet to make an arrest.