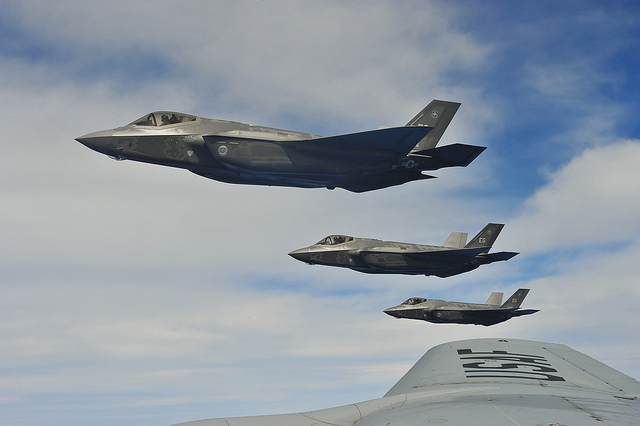 Man, 2015 sure is a bust! Where are our flying cars and instant pizzas and self-effacing robotic butlers, right? WRONG! The future is here and it’s ridiculously awesome (albeit more than a little disconcerting).

A recruit for DARPA’s robotic programs, Scheuermann had electrodes implanted in the left motor cortex of her brain in 2012, allowing her to successfully manipulate a robotic arm with her mind. However, Scheuermann doesn’t have to rely on prosthetics to fly the simulator. Prabhakar explains

Although the technology was developed in part to aid people with motor problems, Prabhakar is also understandably concerned about the dangerous potential of thought control:

In doing this work, we’ve also opened this door. We can now see a future where we can free the brain from the limitations of the human body and I think we can all imagine amazing good things and amazing potential bad things that are on the other side of that door.

Scheuermann, who was paralyzed several years ago from a genetic disease and who Prabhakar says has tolerated the two pea-sized implants on her left motor cortex “very well,” told CBS 60 Minutes

I’ve always believed there’s a purpose to my illness. I didn’t think I would ever find out what it was in my lifetime. And here came this study where they needed me. You know, they couldn’t just pick any Tom, Dick or Harry off the street. In a few years, the quadriplegics and the amputees that this is going to help — the Department of Defense is funding some of this for vets — to be of use to them, in service to them, what an honor.

Similar technology has already been implemented in successful simulations in Europe.

(via Sploid and DefenseTech, image via US Air Force on Flickr)