Today in Vague Headlines: DARPA Has Some Kind of High Tech Fire-Killing Wand 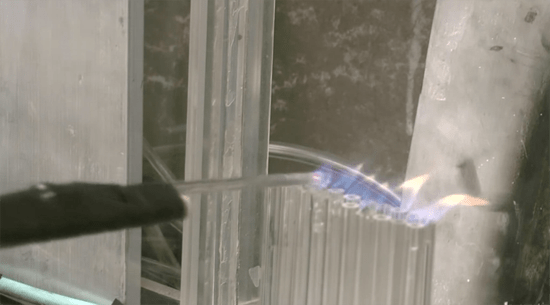 The Defense Advanced Research Projects Agency, known to its friends as DARPA, has announced their latest innovation: Instant fire suppression. The goal of the research project, which was part of a joint venture with Harvard University, was to find a better way to put out fires. Instead of conventional tactics, DARPA wanted a high-tech tool that would attack the very physical make up of fire using acoustics and electromagnetism.

You might be asking, “But DARPA, we already have perfectly good means of extinguishing fires, don’t we?” Sure, but each method has some pretty major drawbacks. Chemical suppressants, which interrupts the combustion process, are only effective against some types of fires, often result in collateral damage through their use, and are usually toxic. Water and CO2 suppression work well enough by smothering fires, but they still require a physical delivery system — the logistics of which can be hampered by the tight spaces one might encounter onboard a ship, for instance.

Through their research, DARPA wanted to use the physics of fire against itself. In their own words, they sought, “a novel flame-suppression system based on destabilization of flame plasma with electromagnetic fields and acoustics techniques.” Their research paid off in the form of a handheld “wand” device which snuffs out flames. According to Program Manager Matthew Goodman, the project was something of a success:

“we successfully suppressed small flames and limited re-ignition of those flames, as well as exhibited the ability to bend flames. These effects, to date are very local—scaling is a challenge that remains to be overcome.”

Unfortunately, information is scarce on how, exactly the system works. Also, while Goodman’s statement and the video below demonstrate that they did indeed put out fires, there is a bit of a wrinkle: Scalability. One of the stated goals of the project was to create a scalable system, meaning that it could handle both large and small fires with ease. Goodman’s comment about the “challenge” of scalability suggest to me that while they may have proved it was physically possible, they weren’t able to make it practical.

Perhaps the power required to snuff out a small flame proved to be too large to reasonably take on a large fire. Or perhaps the observed effects are negated in the case of larger fires. Whatever the case, it sounds like DARPA’s fire-killing wand is going to need some more work before it replaces the traditional fire extinguisher.

Wondering what DARPA is up to?