Luke is a General, Han Solo Is a Lizard in Dark Horse’s New Adaptation of The Star Wars 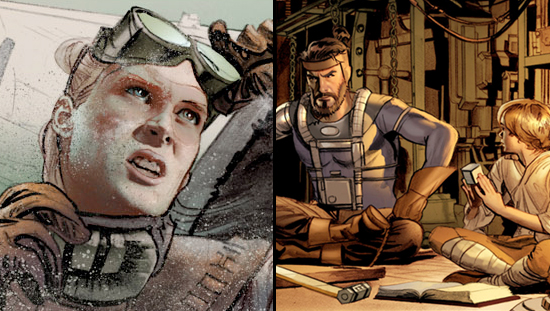 Wouldn’t it be weird if Han Solo was a six-foot lizard guy, not human at all? Or if Luke wasn’t a whiny moisture farmer but a bearded general from the get-go? Well, that’s how things were before 1977’s Star Wars in the original screenplay written by George Lucas — and how they’ll be again in Dark Horse Comics’s upcoming adaptation of The Star Wars.

At Wonder Con, Dark Horse announced the new 8-issue series that explores the Star Wars story that never was (but hardcore fans always knew about). Their press release states:

Executive editor of at LucasBooks J.W. Rinzler and artist Mike Mayhew are at the helm to adapt the old screenplay, which is planned to release in September before the rights revert back to Disney, then Marvel, in 2014. This is among the last Star Wars comics published by Dark Horse.

Have a look at a sampling of the new art.

Of course, alternate versions of Star Wars characters have been floating about the ether all along. Heck, Yoda was purple and more fey-like in appearance in the Marvel Comics adaptation of The Empire Strikes Back that came out in the same year as the movie. 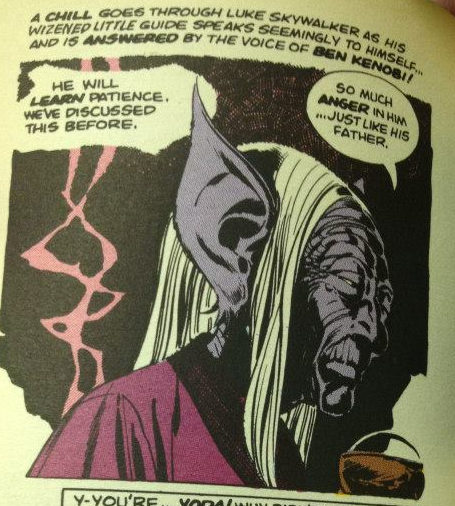 I'm going to go ahead and say he looks cooler this way.