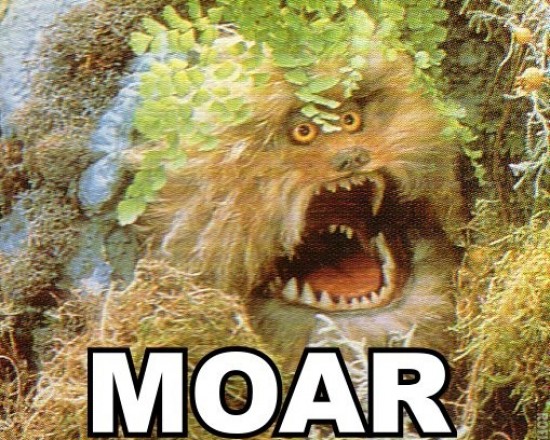 The Dark Crystal is the very definition of a cult classic: It’s really quirky and forces you to take it on its own terms, it seems like a children’s movie but is secretly disturbing, and Jim Henson was involved. (R.I.P.) It stands to reason, then, that a Dark Crystal sequel will be greeted with a mix of hope and fear — hope that the beloved old thing is coming back, and fear that it’ll be botched somehow, particularly when the word “3D” is involved.

Earlier today, the team behind the movie put out a press release announcing that the movie is on: Titled Power of the Dark Crystal, it’ll be directed by the team of brothers behind Daybreakers (good), though that means it won’t be directed by Genndy Tartakovsky as previously thought (bad); Iloura is involved (goodgood), and while there will for sure be 3D (bad), there’ll also still be a healthy dose of puppets (good).

Peter Spierig and Michael Spierig, writers and directors of Undead and most recently, Daybreakers, have come aboard to direct the screenplay written by Australian Craig Pearce (Moulin Rouge!, Strictly Ballroom, Romeo + Juliet) based on an original script by Annette Duffy and David Odell. The legendary fantasy artist Brian Froud will reprise his role as conceptual designer of the film, which will use a mix of live action and traditional puppetry combined with visual and special effects produced entirely in Australia. Omnilab-affiliated Iloura (Where the Wild Things Are, “The Pacific,” Don’t Be Afraid of the Dark) has already begun work on the film’s complex CGI elements. With this team in place, next steps will be to secure worldwide distribution.

Set hundreds of years after the events of the first movie when the world has once again fallen into darkness, Power of the Dark Crystal follows the adventures of a mysterious girl made of fire who, together with a Gelfling outcast, steals a shard of the legendary Crystal in an attempt to reignite the dying sun that exists at the center of the planet.

(ComingSoon via I Watch Stuff)