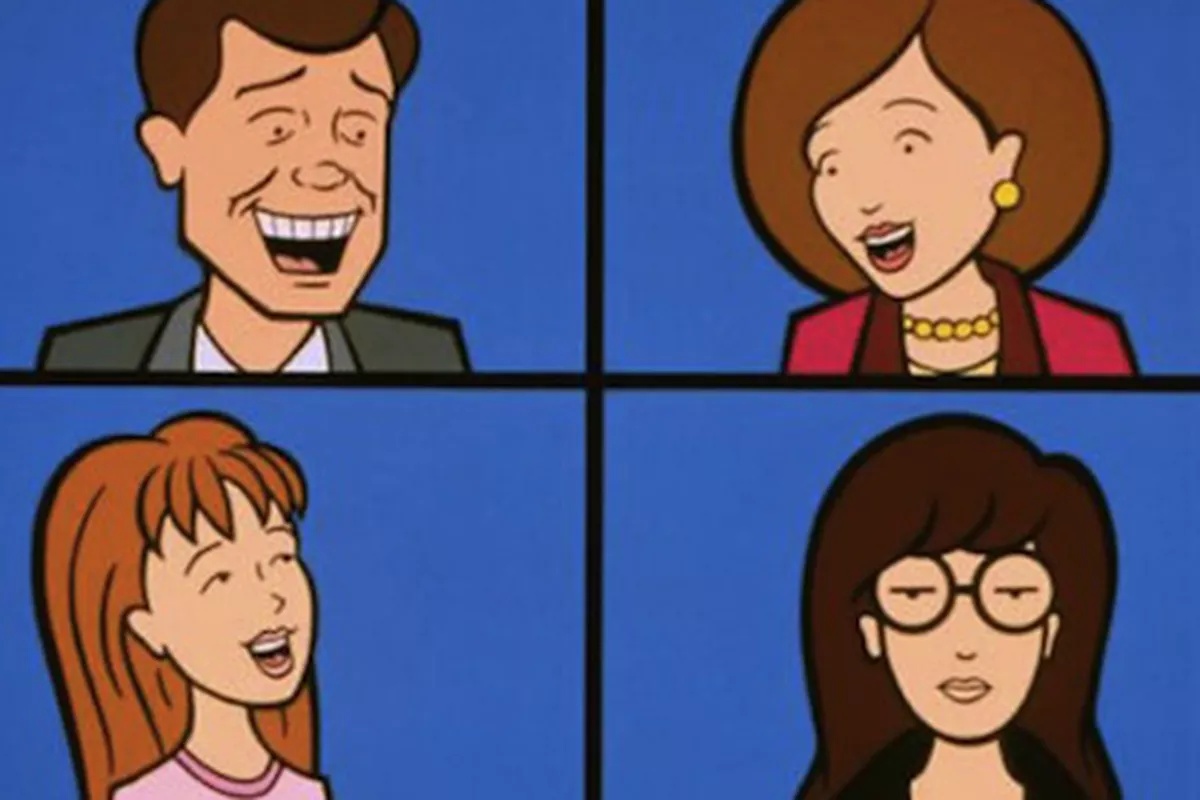 Daria is a special show to me for a number of reasons. Upon rewatching it, one of the things that stands out the most is that most of the characters get moments that expand them beyond just the simple archetypes they embody—especially Daria’s parents, Jake and Helen Morgendorffer.

Often, in teen dramas, the parents are usually either totally incompetent or negligent to the point of abuse. With Jake and Helen, the show lets them be over the top while highlighting their own insecurities, fears, and failings in a heartfelt way.

Jake is the son of an emotionally abusive father, who tormented him and tried to squash any feelings out of his son that could be considered “weak.” At military school, he was bullied and abandoned by his parents, slowly breaking down into a bitter, weary young teen. It wasn’t until going to college and joining the hippie counter culture that he was able to soften up enough to meet his future wife Helen, who was carrying with her some of her own insecurities.

A middle child to her core, Helen Morgendorffer (née Barksdale) is a career woman who is driven by ambition, but hindered by guilt over not always spending enough time with her family. As part of that early “women can have it all” generation, you can see Helen is truly divided over what that really means not just for her, but for her family. As a middle child, she felt neglected by her mother, who favored Helen’s older sister, Rita. Helen decided to be the best at everything in order to compensate.

Despite their different personalties on the surface, Helen and Jake are both two people looking to be loved for who they are.

The episode that inspired me to write about them was 4×08, “Psycho Therapy.” Helen is up for a promotion at work, and the family is sent to Quiet Ivy mental-health spa to be evaluated. Under the eye of doctors, the family gets to unload some of their own insecurities and observations.

As Daria breaks it down:

Mom’s resentful that she has to work so hard, which obscures her guilt about actually wanting to work so hard. Dad’s guilty about being less driven than Mom, but thinks it’s wrong to feel that way. So, he hides behind a smokescreen of cluelessness. Quinn wears superficiality like a suit of armor, because she’s afraid to looking inside and finding absolutely nothing. And I’m so defensive that I actually work to make people dislike me so I won’t feel bad when they do.

The family is asked to role-play as each other, and Jake and Helen rip into each other really harshly. Jake cuts a little too deep when says, pretending to be Helen: “I’m very, very important and very, very stressed and I don’t have time to actually do anything for anyone else, but I can pretend I care, can’t I?”

To which Helen quietly replies, “Everybody hates me.”

She retreats to the car and is comforted by none other than Daria.

Helen – Look what I’ve done to my family! Your father feels completely neglected and resentful. I’ve shut you out so many times, you don’t even try to talk to me, and Quinn…well, I can’t even think about what happened there, not right now. Oh my God, Daria! You didn’t hear that!

(Daria takes out notepad and writes)

Daria – Look, Mom. Dad has to feel neglected; it’s how he stays the center of attention. And the reason I don’t talk to you is that I know you’ll hang on my every word, and frankly, who needs that kind of responsibility? And as for Quinn, well, I can’t even think about what happened there.

(Helen laughs and stops herself)

Daria – So you get carried away with the job. Big deal. You’re just as committed to the family.

Helen – You really don’t hate me for working so hard?

Daria – I came to this stupid place and pretended to be well-adjusted, didn’t I?

It makes them feel like a family, passing on traumas and trying to not repeat the same mistakes as the generation before them.

What are some of your favorite Daria moments?