We love the Daredevil of Hell's Kitchen! 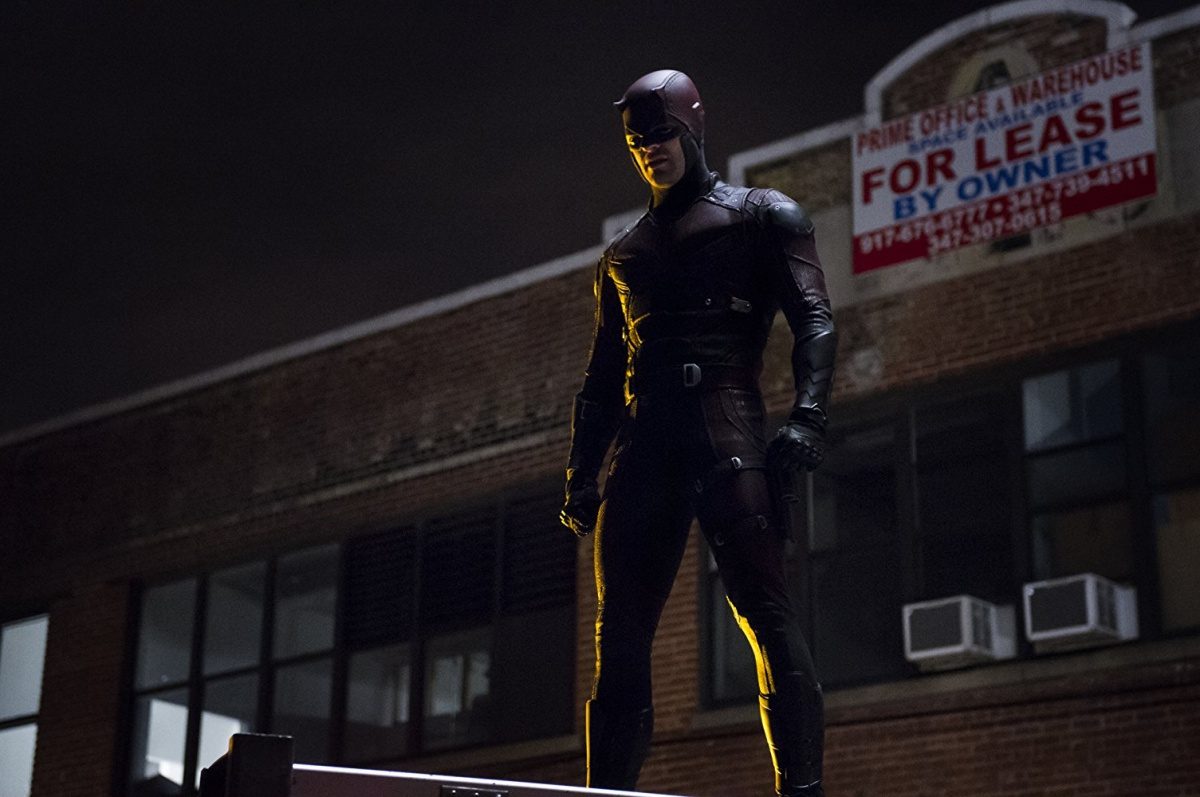 One thing was made abundantly clear at the Daredevil panel at New York Comic Con: we all knew that Bullseye was coming. At NYCC, producer Jeph Loeb admitted that Daredevil’s famous villain finally making his way to the Netflix series wasn’t exactly well hidden. They tried—but who else would have come to Hell’s Kitchen next?

I think it’s safe to say that maybe the worst kept secret in the history of Marvel is that this season we would be telling an origin story for one of the more iconic characters and I think we all want to have the opportunity to be able to say his name, but I think Wilson has earned the right to tell people the story of who you’re going to become.

Agent Poindexter joined the show under the disguise of an FBI agent who, from the trailers, joins up with Kingpin when Fisk is about to give them information so he can finally be reunited with Vanessa.

Watching as he took out countless guards, using a knife to kill them from afar, it was clear that Poindexter was going to be the Bullseye we’ve been looking for. The creatives at Netflix also gave us a sneak peek at what it will be like when Matt Murdock and Bullseye come face to face.

In the scene that we were shown, Bullseye is dressed like he is Daredevil, even going as far as saying so to Matt Murdock. Clearly it isn’t Matt, Poindexter’s butt chin being an obvious indication that he isn’t the hero we know behind the mask. So when an undead Matt Murdock meets up with Bullseye, the fight ended up taking place in an office with Karen and Foggy nearby (Karen almost shoots Foggy when he comes through the door).

While it isn’t exactly easy to describe this showdown, the best moments come from Bullseye just preparing to fight Matt using whatever he can find in the office. If he isn’t throwing a stapler at his head, then he’s grabbing the monitor from a computer and throwing that at Matt as he tries to get around the office.

It isn’t the fairest of fights, and it makes it a bit funny when you’re watching Matt Murdock trying to fight back against a man dressed as Daredevil who is using paperclips against him.

The talk at NYCC is that there is a scene that rivals that epic hallway fight scene from season one, so it is going to be interesting to see what Daredevil season 3 has in store for us.