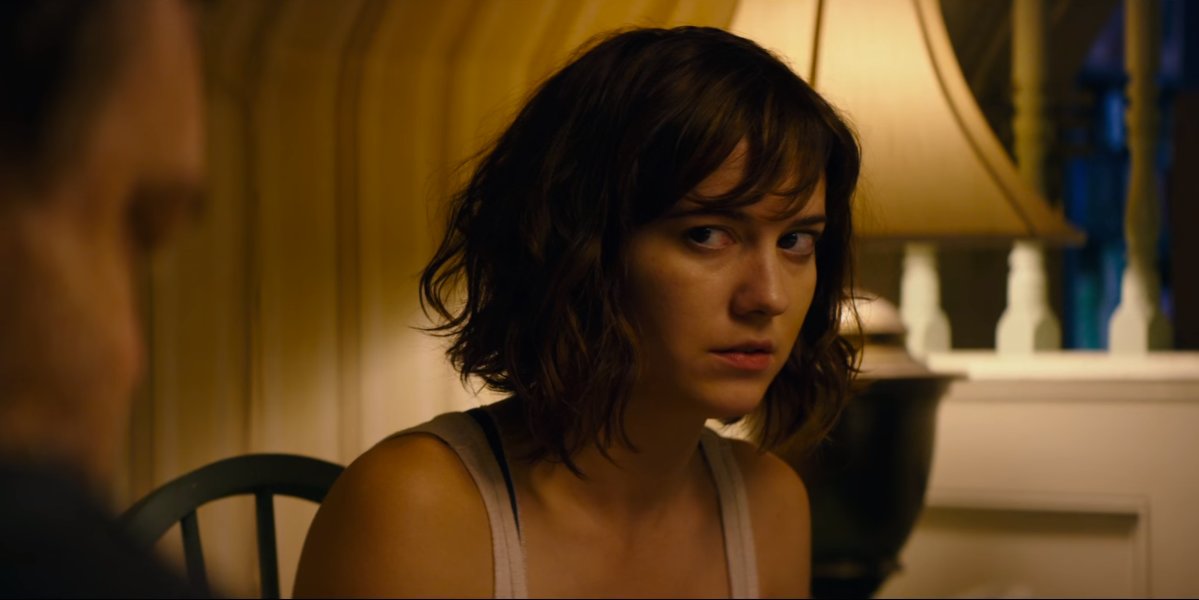 Before directing 10 Cloverfield Lane, this year’s ‘spiritual successor‘ to 2008’s Cloverfield, Dan Trachtenberg was perhaps best known for No Escape, a short film inspired by Portal in which Danielle Rayne as Chell uses her ingenuity (and a portal gun!) to blast her way out of a cell.

10 Cloverfield Lane begins with a notably similar premise: after a car accident, Michelle (played by Mary Elizabeth Winstead) wakes up injured and chained to the wall of a cell, and has to use her engineering skills to fight her way to freedom. Chell and Michelle face different obstacles on their path to escape, but both characters demonstrate a capability that women are rarely allowed to have in movies (at least not without being dubbed “a Mary Sue”).

Speaking to Trachtenberg over the phone last week prior to 10 Cloverfield Lane‘s DVD and Blu-Ray release, I brought up the praise the movie has received for its kick-ass female lead (St. Vincent even dubbed Michelle “lady MacGyver”). According to Trachtenberg, Michelle’s inventiveness was the first thing that made him fall in love with the script: “She’s so resourceful and right away is making really smart decisions that we hoped we would be making in the same predicament. But it did create a challenge, just in terms of typical story craft and character arcs. It’s much easier to take someone from zero to hero, someone who’s very afraid of things and make them unafraid. But because we fell in love with someone who was so capable right away, it forced us to make a character and tell a story that was multi-dimensional and that could be much more gratifying and satisfying and not as reliant on old tropes.”

Michelle’s resourcefulness is evident from one of the earliest scenes of the movie, in which, after waking to find herself badly hurt and imprisoned in a basement, she engineers a makeshift crutch and sets a trap for her unknown captor. It’s a largely silent scene, reliant on Mary Elizabeth Winstead to create what Trachtenberg described to me as “a non-verbal conversation between the movie, the character, and the audience.” Given Winstead’s talents, making those silent scenes compelling was a cinch. “That was a big part of casting Mary and having her, is always feeling like you know what she’s thinking even when she’s not speaking,” said the director. “I’m drawn to that kind of performance anyway, and I’m drawn to that kind of storytelling, the non-verbal storytelling, and I’m so grateful that Mary really shines and was terrific at all that. And is quite vulnerable and emotional even when she’s tough.”

Soon after waking up to find herself held prisoner, Michelle meets Howard (John Goodman), who claims he found her on the side of the road and that he only brought her inside his cellar to protect her from an imminent apocalyptic disaster. Howard tells Michelle that everyone she loved above-ground is gone; that he saved her life; and that she owes him gratitude, to be demonstrated by the fulfillment of domestic duties both explicitly stated (Howard tells Michelle she’ll “learn to love” cooking for him) and darkly hinted at. 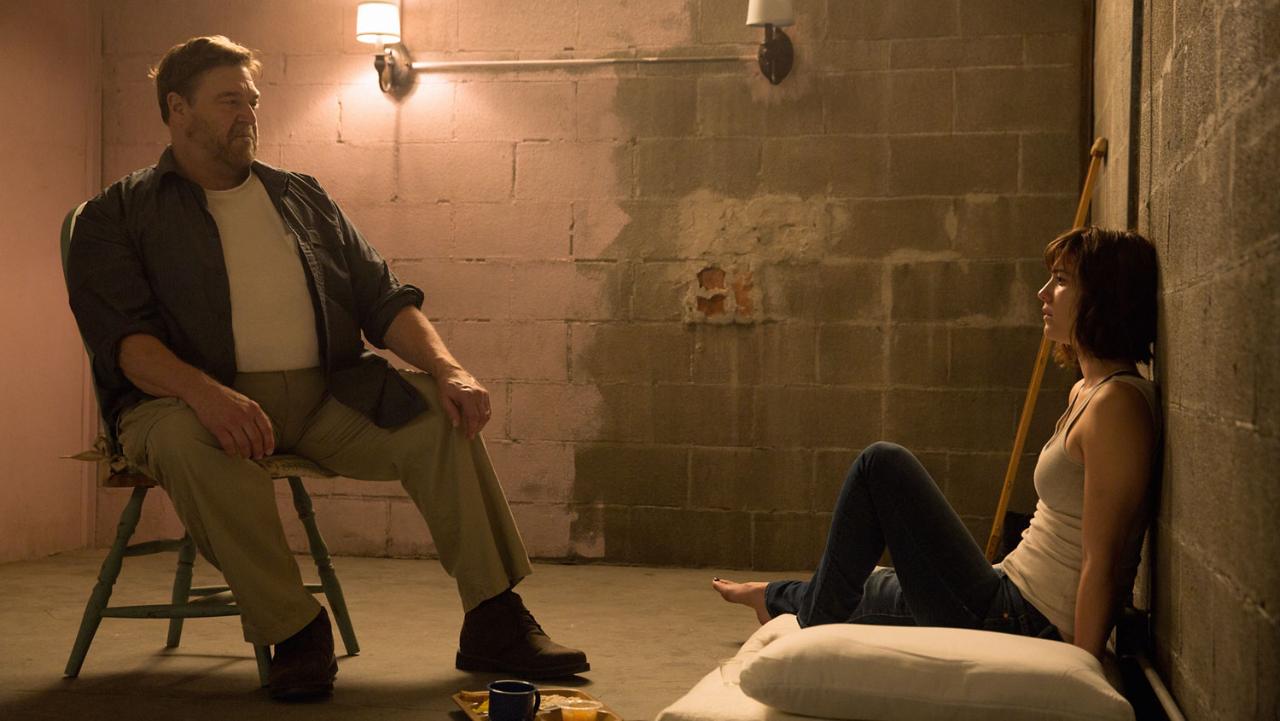 One of the most successful aspects of 10 Cloverfield Lane is that the audience is only ever a few steps ahead of Michelle—we don’t really know if Howard is telling the truth about the outside world, either. But in a way, his honesty is irrelevant. Howard’s an abuser whether or not it’s the apocalypse. He gaslights, guilts, and isolates Michelle to such an extent that some critics, like The Verge’s Tasha Robinson, have argued that the movie is fundamentally about domestic abuse.

When I asked Trachtenberg how he felt about that interpretation, he explained that it’s immensely gratifying to see people interpret the film in that light, though “I didn’t really go  ‘oh my God I’m so excited to make this movie about this stuff.'”

Although he didn’t set out to make a film explicitly about domestic abuse, Trachtenberg was aware that 10 Cloverfield Lane certainly had those associations: “I don’t think it’s something that everyone picks up on, but I certainly am gratified when people are like ‘hey, this is kind of like X.” And that’s what’s great about all science fiction, you know, even something like Star Wars, you can go, hey this is sort of reminiscent of fascism, or this is kind of like blank. When you connect those dots personally, that’s much more gratifying than when a movie is sort of very message-y from the get-go.” 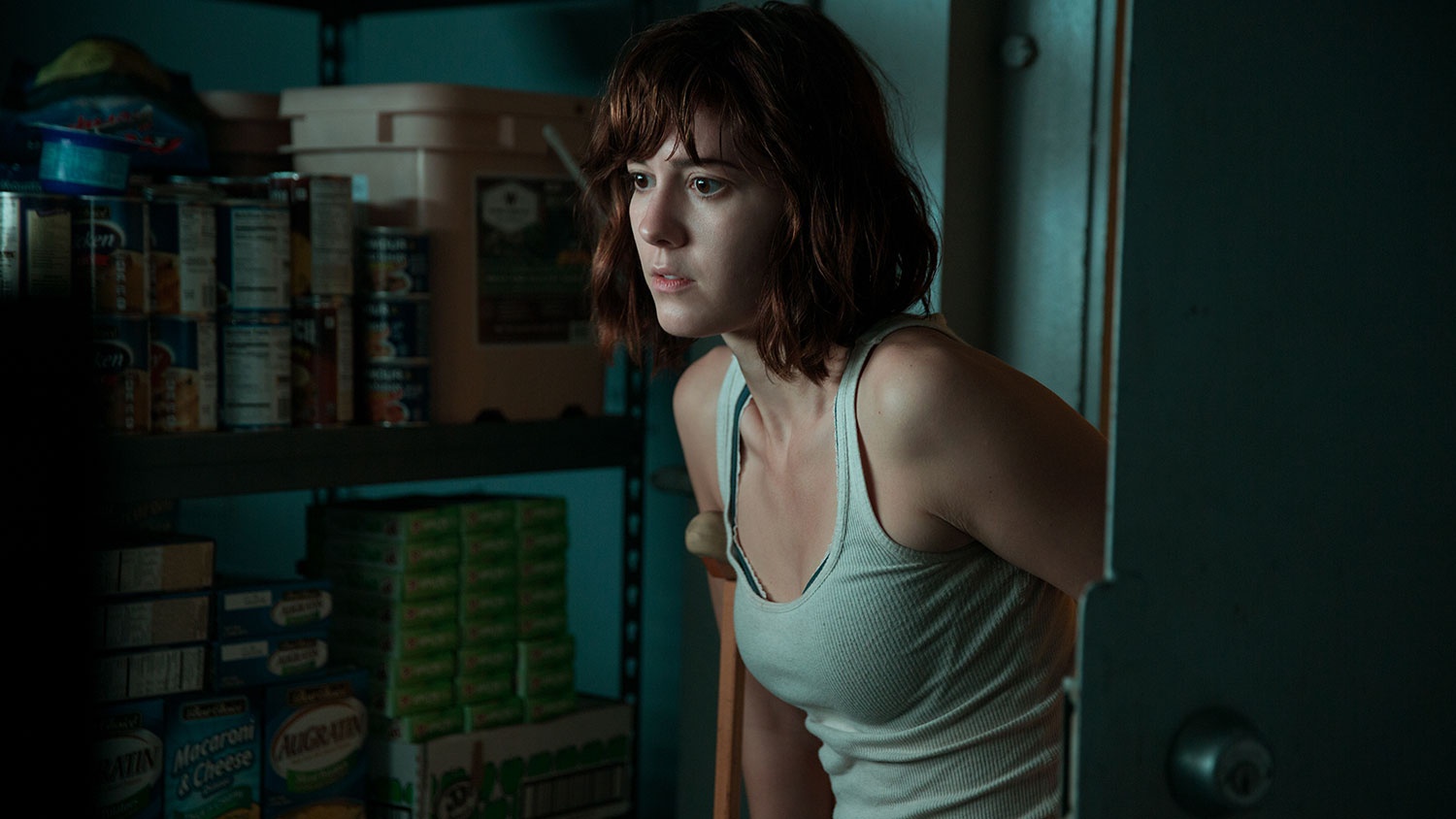 10 Cloverfield Lane was also unique in that, like Cloverfield before it, the movie took a less-is-more approach to advertising. In a period where responses to the initial trailer alone can completely color audiences’ perception of a film, it’s rare for a movie to rely more on cultivating mystery than saturating the market with previews.

Trachtenberg talked some about what it was like to direct a movie that didn’t have a trailer, in an age where trailers are everything: “There’s something special about a movie, when you first see a teaser—I love and hate that feeling of going to the movies and seeing a great trailer, and that feeling of ‘I want to be watching that right now, I don’t want to see what I’m here to see, I want to be watching that.’ I love that feeling of my God, I can’t wait. And yeah, sometimes, because of the amount of time you have to wait to see the movie, either those feelings can wane or we then see so much more material that it takes away from the experience, and I think what’s exciting about the way we released this movie is it struck this awesome balance between building excitement and then finding out you don’t have to wait that long, but you still have to wait a little bit. We never actually did a proper trailer for the movie, we did only teasers, which was Paramount’s call, and such a genius call. And I think it really primed people to experience the movie the way it was designed.”

So, what’s next for the 10 Cloverfield Lane director? Given what a success Portal: No Escape was, can we expect to see a feature-length video game adaptation from Trachtenberg anytime soon?

Only if he’s sure he can do the game justice: “I think about it a lot. I’m a huge gamer, I love video games, and we’re in a day and age where storytelling and narrative experiences in video games are incredible, and a movie is at a disadvantage. When you’re going to tell another story in cinematic form, it can only pale in comparison to what you’re experiencing with a video game. So the bar is set very high now, it’s very different than what it was like [when I was] growing up. So I definitely think about and would love to be a part of making something that is truly great and special, but I think it’s very challenging.”

10 Cloverfield Lane is available on DVD and Blu-Ray now.