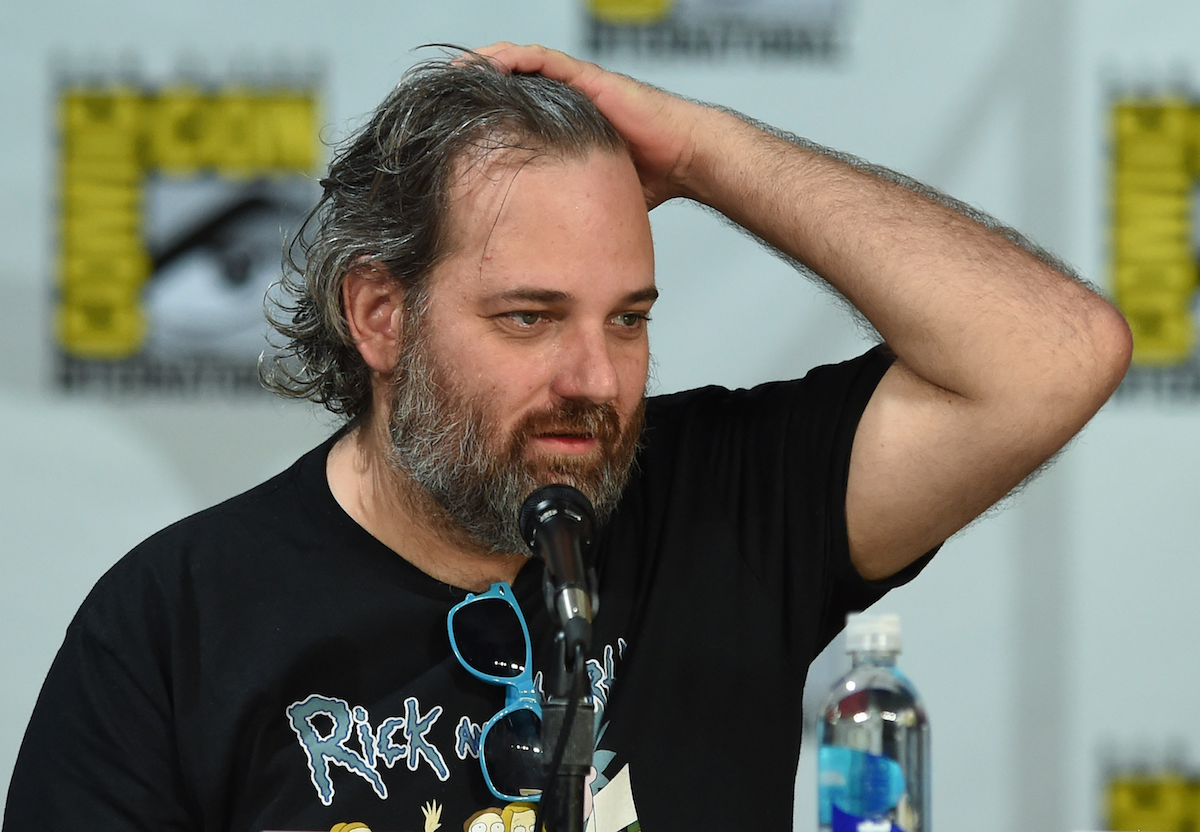 Dan Harmon deleted his Twitter account on Monday, following the reemergence of a disturbing “parody” video from 2009 that saw him simulating sexual assault on a baby doll.

The video in question, called “Daryl,” came into being as an apparent spoof on the Showtime serial killer drama Dexter. It resurfaced online over the weekend, while Harmon was making a splash promoting Rick and Morty at San Diego Comic Con. According to the Los Angeles Times:

The “Daryl” video — it was the first in a two-episode parody series that was supposedly a send-up of Showtime’s serial-killer drama “Dexter” — went up in June 2009 via Channel 101, a monthly short-film competition created by Harmon and writing partner Rob Schrab.

Harmon starts off the video saying, “Hi, I’m Dan Harmon. You’re about to watch my controversial new pilot, ‘Daryl.’ ” The viewer soon sees Harmon’s character breaking into a house and simulating rape on a baby doll.

Page Six gives some further context to the video’s creation:

Harmon, who also created Community, was already in hot water back in January, when his co-writer Megan Ganz called him out on Twitter for sexual harassment. Harmon apologized profusely on his podcast, had his apology accepted by Ganz, and seemed to win back positive public opinion.

This incident is going to set off another fresh round of yelling about freedom of speech, the limits of comedy, and how overly sensitive people are crushing the ability to make edgy, provocative jokes. Across the Internet a million keyboards are going clickety-clack, shrieking: whatever will we do when we can’t laugh about the rape of children???

All of this recent backlash to emerge from public figures making disgusting jokes and “spoofs” about pedophilia and sexual assault lead me to suggest that perhaps people stop making jokes about these topics. It’s really not that difficult.