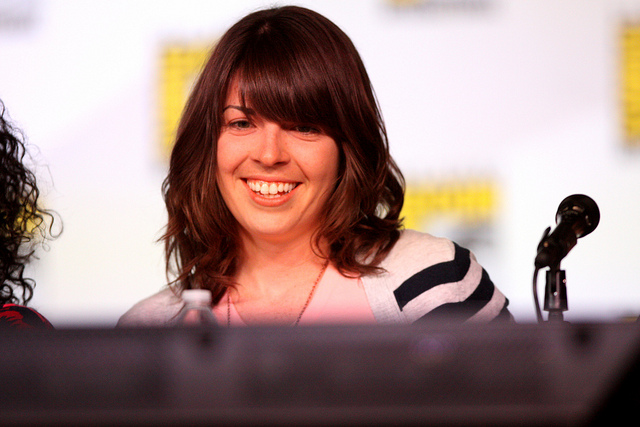 Very often, we talk about the apologies that are less than adequate. The ones that fall short. Thankfully, we have an example today of an apology that was actually done well. What’s more, we have the recipient of that apology modeling forgiveness beautifully. Sometimes, the Internet can actually be a nice and hopeful place.

Last week, we covered former Community writer Megan Ganz’s call-out of her former boss, Dan Harmon. She took him to task for his abusive behavior as showrunner during her time on the show, and at first, Harmon’s response wasn’t great. Apparently, a lot can change in a week. Ganz posted this to Twitter today:

Here’s a weird one for you: Last week, I called out my former boss @danharmon for sexual harassment, and today I’m going to ask you to listen to his podcast. https://t.co/BEZAWH787V

The seven-minute-long apology Harmon gives on Harmontown recounts the entire course of events that would’ve affected Ganz: from denying his crush on her (while still being creepy-flirty with her) and lying to his live-in girlfriend, to breaking up with his girlfriend and professing his “love” for Ganz, putting her in the position of having to “reject” him (even though she’d consistently been saying that his behavior toward her was inappropriate), to resenting Ganz for “rejecting” him and subsequently (and pointedly) treating her like garbage while he took to drugs and alcohol to drown his sorrows. It ended up costing him Community. It ended up costing her a sense of security in her chosen field.

Harmon apologizes, and stresses that anyone who values him in any way shouldn’t attack Ganz online thinking that they’re “defending” him. They are not, and Harmon was desperately trying not to cause her further harm. He acknowledged the harm he’d already caused by “damaging her internal compass,” causing her work experience to be fraught with doubt as to whether or not she was actually good at her job.

And I think that we’re living in a good time right now, because we’re not gonna get away with it anymore. And if we can make it a normal part of our culture that we think about it, and possibly talk about it, then maybe we can get to a better place where that stuff doesn’t happen.”

He again implores the shitty Internet not to be shitty to Ganz. It’s a heartfelt apology, you can hear it in his voice, and what makes it good is that he takes the emphasis off his feelings and focuses it on his behavior. Because his feelings don’t matter. What matters are his actions that made an employee feel extremely uncomfortable, and eventually abused, when she was simply trying to do a good job to contribute to the success of his show.

Ganz appreciated his public (and private) apology, and went on to talk about that:

I’m not being flippant. I didn’t bring up this mess just to sweep it back under the rug. But I find myself in the odd position of having requested an apology publicly, and then having received one—a good one—also publicly. I waited 6 years for it, but you can find it 18:38 in.

Please listen to it. It’s only seven minutes long, but it is a masterclass in How to Apologize. He’s not rationalizing or justifying or making excuses. He doesn’t just vaguely acknowledge some general wrongdoing in the past. He gives a full account.

Yes, I only listened because I expected an apology. But what I didn’t expect was the relief I’d feel just hearing him say these things actually happened. I didn’t dream it. I’m not crazy. Ironic that the only person who could give me that comfort is the one person I’d never ask.

This was never about vengeance; it’s about vindication. That’s why it didn’t feel right to just accept his apology in private (although I did that, too). Because if any part of this process should be done in the light, it’s the forgiveness part. And so, @danharmon, I forgive you.

It’s heartbreaking that the behavior Harmon inflicted on Ganz had to exist at all. However, it’s heartening to hear that he genuinely seems to have learned something. It’s heartening that Ganz was brave enough to say something, forcing him to “think about it” so that he could learn something.

And it’s heartening to see, in a world where there seems to be a lot of calling-out and a lot of defensiveness with very little actual conversation, someone express that they were wronged and getting the apology they wanted and deserved, with the person doing the apologizing actually seeming self-aware enough to make some changes.

(image: Gage Skidmore/Flickr)
Want more stories like this? Become a subscriber and support the site!