Daisy Ridley and John Boyega Ask Each Other Questions, are Entirely Adorable 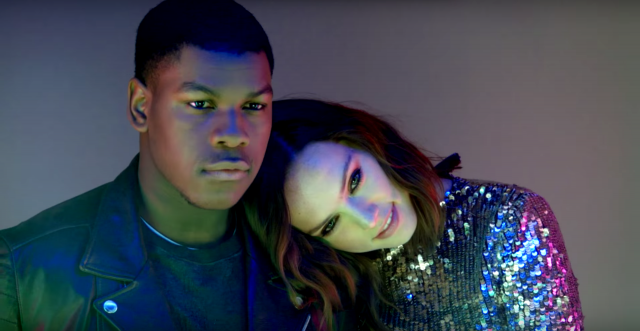 Star Wars: The Force Awakens co-stars Daisy Ridley and John Boyega took some time out of their busy schedules promoting the film to do a photoshoot for ASOS magazine—but while they were there, they also stopped to ask each other some questions!

While we definitely got more of a sense of where their two characters are at in relation to each other (thanks to the just-released international trailer), it really seems like these two are doing a lot of bonding IRL over their shared experience making the film. When you’re suddenly a household name, there’s no one else who can really understand the gravity of that aside from the people who went through the same thing.

It’s not a long video, sadly, but it gives you a small preview of what to expect from an upcoming photoshoot—and seeing these two together is enough to bring me large amounts of joy for the foreseeable future: