'The Daily Show' Took on Tucker Carlson | The Mary Sue 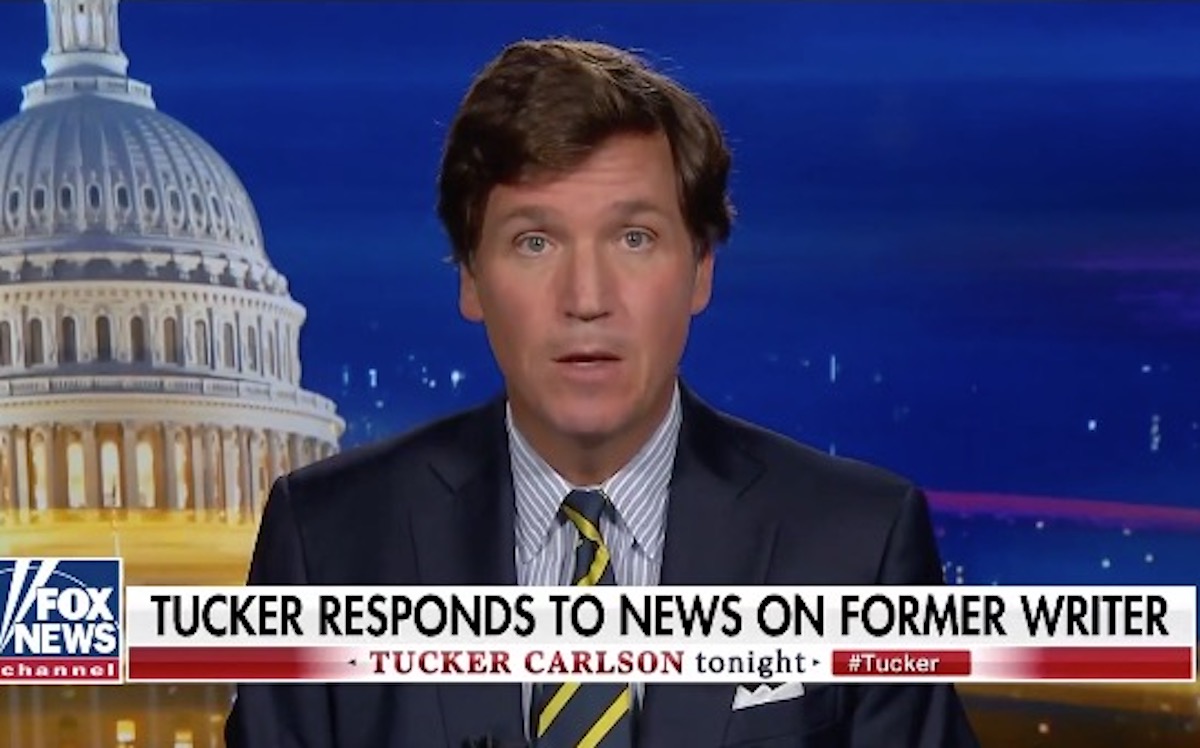 But he has one of the highest-rated shows on television because this extremely wealthy, little ivy league-educated, nepotism-fueled white man somehow convinced an entire group of working-class Americans that he understood their struggle. Tucker SWANSON McNear Carlson doe not care nor does he know your “struggle.” His stepmother is an heiress. So The Daily Show with Trevor Noah took the time to explore the rise and fall and then whatever he’s currently doing of Tucker Carlson for those of us (i.e. me) who never wanted to look up why Carlson was a thing. I just hoped he’d go somewhere and talk to a wall so I didn’t have to listen to him anymore.

My favorite bit of this video is his ever-changing middle name.

Thanks to his hefty inheritance, we could be living in a world where Tucker Carlson never worked and wasn’t on TV every night. Luckily for America, that didn’t happen.

While a judge ruled that “reasonable” viewers knew that even Carlson’s facts are not, in fact, factual, it doesn’t change the fact that Tucker Carlson is basically gaslighting his audience into believing whatever nonsense he spews. Time and time again, Tucker Carlson opens his mouth, knows exactly what he’s doing, and gets away with it because everyone smart enough to know Tucker Carlson is a disgrace isn’t watching him in the first place. But those who cling to Carlson’s every word believe that he’s telling them the truth.

He’s the worst kind of white man. The most frightening of them. The kind that somehow think they’re “superior” in every way. Granted, all he does is use daddy’s money and lie on air, but people will take him at his word, and that’s why Tucker Star Wars MacGruber Carlson is horrifying.

So, at the end of the day, Tucker Carlson is a fraud twice over hiding behind a gaudy bowtie and a false sense of outrage all because he probably got made fun of one time.