Every kind of awful. 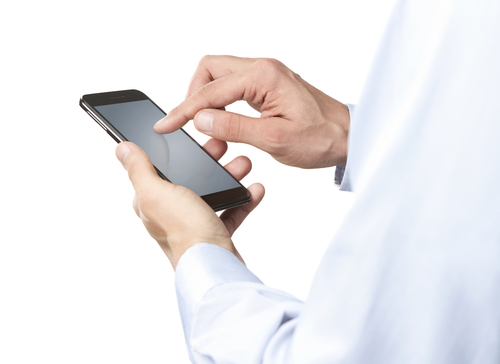 The Daily Beast recently ran a story wherein one of their reporters, Nico Hines, tried to use a few dating apps at the Rio Olympics. This story came on the heels of another story from The Daily Dot about how to find Olympians on Tinder—a story, it should be noted, that is much less inflammatory than Hines’. What makes Hines’ story feel wrong is the fact that after he couldn’t seem to get matched on Tinder, he moved on to using Grindr, which is an app that functions similarly to Tinder, only it caters to gay people. This is where Hines, who says in his piece that he’s a straight white male who’s married with kids, crosses the line.

In the piece, Hines says that he “didn’t lie to anyone or pretend to be someone I wasn’t—unless you count being on Grindr in the first place—since I’m straight, with a wife and child.” He also “confessed to being a journalist as soon as anyone asked who I was.”

First off: yeah, he probably should count that first bit. Being on Grindr when you’re actually not a gay person looking for a date is lying to everyone there and pretending to be someone you aren’t. There’s no excusing that. Second, while he did admit to being a journalist, he doesn’t seem to share any other information about who he is or what his sexuality actually might be with the people he’s contacted. It’s awfully misleading, and as a result, the practice comes off as entirely deceptive.

While the story as it stands now has been stripped of potentially identifying information, when it was originally posted, it contained many details that would lead anyone capable of making a cursory Google search to find out who Hines might be talking about. In other words, Hines outed several Olympic athletes, some of whom are believed to still be in the closet.

On top of that, Hines went on to acknowledge the fact that some of these athletes come from countries that are outright hostile to gay people. While he’s apparently fully cognizant of that fact, he still went out of his way to provide enough information to potentially identify who he’d been matched with. In some ways, these athletes not only have to now deal with being outed to their friends and family, but they may also have to deal with the impact of getting outed while living in a country that is hostile to them.

Let me go ahead and say that again: knowing that these athletes could face severe repercussions because of their sexuality, he went ahead and potentially outed them anyway.

And for what? A story on dating in the Olympic Village? Come on.

Hines’ tone throughout the piece was also quite judgmental, with many people criticizing it because it seemed to sex-shame or otherwise taunt the users on the Grindr app. “No prizes for guessing that Grindr proved more of an instant hookup success than Bumble or Tinder,” he said, a sentence that carries the implication (if not outright statement) that gay people are somehow more promiscuous or down for hookups. That tone comes off as judgy at best, and definitely reads as a sentence written by someone who doesn’t know a single thing about what it’s like to be LGBTQIA anywhere in the world.

And that, at the end of the day, is what’s so messed up about this piece. This isn’t an undercover exposé, it isn’t a gonzo journalism piece. It’s an unethical story (according to the Society of Professional Journalists’ code of ethics, at least) written by someone who’s privileged enough to not have to think about the consequences of his actions.

While he might still apologize (because he hasn’t yet), and while the Daily Beast can edit the story long after the fact, these athletes now have to face a harsh reality that they may never have wanted to deal with at all. Hines and the Daily Beast get to move on from this. It’s highly likely that those who have been outed will not.

Since its publication, the Daily Beast’s Editor in Chief, John Avlon, appended a statement to the story. It comes off as a bit of a non-apology, speaking of what the piece was “intended to be” and how they “[understand] that others may have interpreted the piece differently.” In other words: it’s the classic “sorry if you got offended” non-apology. It places responsibility for the misunderstanding on the shoulders of the reader, as opposed to the actual source, which would be them and their writer, Hines.

The Daily Beast has also edited the piece to remove the photos and other identifying information that Hines posted, but as Slate’s Mark Joseph Stern notes in his write-up of the incident, “Anyone who has heard of Grindr has also heard of the Wayback Machine. Nothing on the internet can be reliably deleted.” You can’t un-ring that bell once it’s been struck, unfortunately.

It’s shocking to think that somebody else read Hines’ piece and thought it was fit to print as it was. It just goes to show you how many people really don’t get what life is like for someone who identifies as LGBTQIA in today’s world. One would think that The Daily Beast would have learned something from Grantland’s outing of “Dr. V” back in 2014. But it’s clear that they haven’t.

It’s growing increasingly obvious that there are still plenty of journalists, reporters, and writers who just do not get it. More than anything else, that is the most dangerous realization of all.

(via Mic, image via Shutterstock/rangizzz)