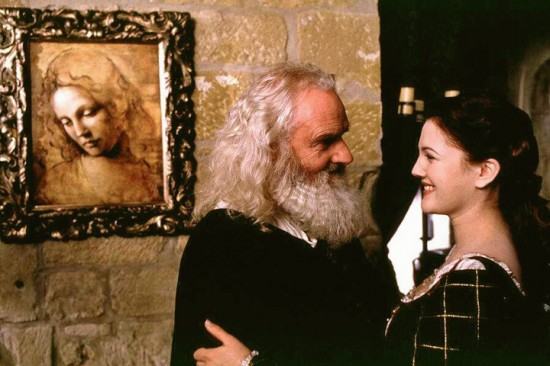 Brace yourselves; the movie you’ve been waiting for is finally in the works. According to The Hollywood Reporter,Warner Brothers has acquired the rights to Adrian Askarieh’s original work, Leonardo da Vinci and the Soldiers of Forever. If you think nothing could be better than the title, here’s the plot:

Da Vinci will be portrayed as “a secret society member embroiled in a supernatural adventure that pits him against Biblical demons in a story involving secret codes, lost civilizations, hidden fortresses and fallen angels.”

Although it seems like someone may have taken notes from a Dan Brown work or two, what can you truly say to a plot as amazing as this?

The adventure is (understandably) being compared to Indiana Jones, National Treasure and Raiders of the Lost Ark. It’s also said to be a manifestation of Warner Bros.’ historical-figure-turned-action-hero motif, which saw success in 2009’s Sherlock Holmes. And since Askarieh, via Prime Universe Productions, is also currently producing a live-action Johnny Quest for the studio (starring High School Musical phenomenon, Zac Efron!) perhaps there’s a chance that “Soldiers of Forever” will be as well.

Fun fact: This isn’t the first time da Vinci has been portrayed as a hero; 1996 brought us the Animated Hero Classics series, in which Leonardo battles a young Michelangelo over the appropriate training of a young apprentice. You see, he truly is a hero.

N.B.: title picture from Ever After, not the prospective new movie.