Cygnus Successfully Docks With ISS, And A SpaceX Falcon 9 Blasts Off

THE FUTURE IS NOW. 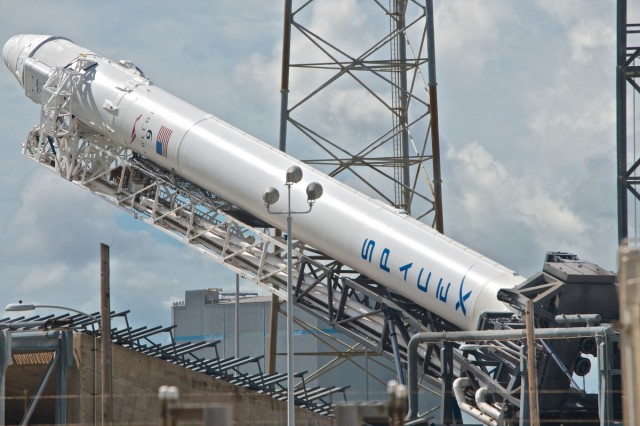 It’s a space-a-licious day! After a few failed attempts, Orbital Science’s unmanned cargo craft Cygnus has successfully docked with the International Space Station (hooray!). Not wanting to be left out of the spotlight, SpaceX has also launched their next-gen rocket Falcon 9. The future is now!

At 7am this morning (September 29th), the ISS’s giant Canadian robot arm snatched the Cygnus out of orbit over the Indian ocean (I can’t believe I just wrote that sentence and it’s real life). Described by Orbital Science as “superb” and “epic,” this marks the first successful rendezvous of an Orbital Science vessel with the ISS – and they’re one of only two private firms with a NASA contract to supply the ISS, worth almost $2 billion. Now that the Cygnus test mission has been completed successfully, Orbital Sciences can start using their Cygnus spacecraft and Antares rockets for official supply runs to the ISS, as early as December.

Meanwhile, NASA’s other private contractor, SpaceX, launched one of their Falcon 9 rockets at noon EDT from a fully-refurbished launch pad at Vandenberg Air Force Station in California. With its’ own $2 billion supply contract, SpaceX’s newly-upgraded Falcon 9 V1.1s have engines 60% more powerful than their predecessors, with longer fuel tanks and new software, among other neat new features which make them really just super-awesome. Unlike Orbital Sciences, SpaceX has already sent three of its Dragon spacecraft up to the ISS on supply missions; these Dragon capsules are designed to return science experiments and gear to Earth, while the Orbital Sciences Cygnus spacecraft simply burn up in Earth’s atmosphere upon re-entry.

Be sure to watch live when the ISS crew opens the hatches between the outpost and the Cygnus early Monday morning, September 30th!

(via Space.com and Reuters, image via Tim Trueman)