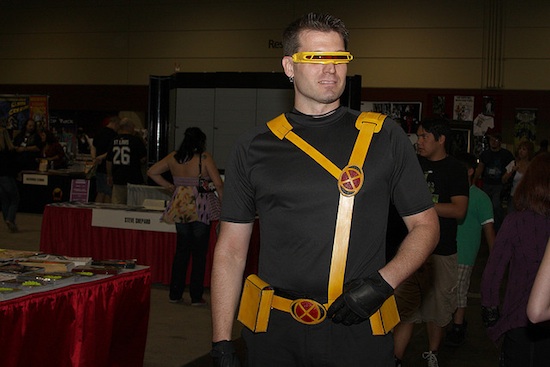 A long-theorized but only recently discovered class of genes may point to an inherent weakness in tumor cells. Even better news? The soft spot in cancer’s defenses is present in cells from a wide variety of cancers, meaning that treatments derived from it could be a tool in fighting cancers across the board, not just targeting one or two types. Researchers from MIT, Harvard and the Dana-Farber Cancer Institute report on these so-called CYCLOPS genes (the acronym officially stands for Copy number alterations Yielding Cancer Liabilities Owing to Partial losS, but we suspect the name stuck mostly because it just sounds cool) this week in the journal Cell.

Cancer cells are marked by mistakes throughout their genomes, which provide cells the instructions on what to be and how to do their jobs. In cancerous cells, these blueprints for proper cell function are missing some pages, while others have been copied over and over again. Among the most common misprints in the genome of cancer cells is a deletion of tumor suppressor genes — the genes that send out the instructions for a cell to stop dividing. In cancer cells, that message is muffled, resulting in out-of-control tumor growth.

When those genes go, they can take a lot of other important genetic material with them. The reshuffling of the genome means that many cancer cells are running a stripped-down version of the functioning genome, carrying  just enough genes to keep them alive and reproducing. Normal cells, meanwhile, have extra copies of important genes that ensure a cell can continue working even if it loses key genes.

First proposed in 1993, CYCLOPS genes are responsible for functions related to the spliceosome, ribosome, and proteasome — functions within the cell that aid in DNA transcription, translation, and the building of amino acids and proteins. Though these genes don’t make a cell become cancerous, copies of them are often lost when it does, owing to their proximity to the deleted tumor supressor gene. That means that cancer cells are working with just one copy of a gene governing these important functions, leaving them vulnerable if that leftover gene is damaged or shut down, which is right where science is going with this one.

With this knowledge in hand, researchers can work on new types of drugs that disable copies of these CYCLOPS genes. A patient’s normal cells would be largely unaffected, as they would still have the CYCLOPS versions of the gene to fall back on. But without a genetic Plan B in place, cancer cells would die off, or at least have their ability to spread severely hindered. Experiments in mice have already demonstrated that blocking one of the 56 known CYCLOPS genes, PSMC2, causes tumors in those mice to shrink, suggesting that the technique has some merit in practice as well as on paper.

Those drugs in humans are still a long way off, and it’ll be years before we get to see if they live up to their potential, but we’ll take any good news we can get in the battle against cancer. Because seriously, screw that guy.