Medical Breakthrough Could Lead to a Cure for Ebola 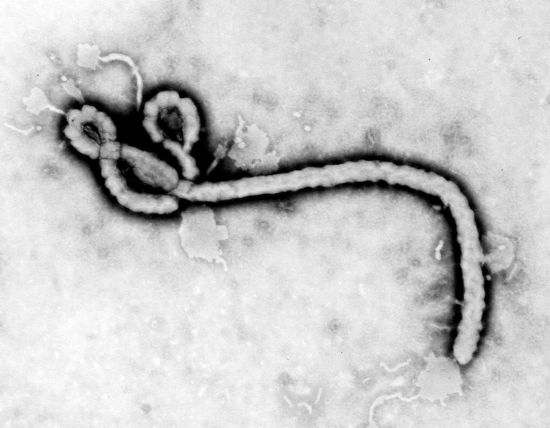 Virologists working at the National Microbiology Laboratory in Winnipeg, Canada announced last week that they are approaching a cure for the highly deadly Ebola virus. Their work may lead to the first consistently effective treatment for the Ebola Hemorrhagic Fever (EHF), of which there have been a number of serious outbreaks in Central Africa. The world of medicine has taken an important step in ridding the world of one of its most fast-acting and deadly viruses once and for all.

The genus “ebolavirus” consists of 5 species of viruses; only four of these can infect humans and only three have proven deadly to humans. The species Zaïre ebolavirus, Sudan ebolavirus, and Bundibugyo ebolavirus have been attributed to a number of large outbreaks, with Zaïre ebolavirus proving most common and claiming the highest number of lives. These viruses cause an illness known as the Ebola Hemorrhagic Fever (EHF) with symptoms including a sudden onset of high fever, intense weakness, and muscle pain. According to the World Health Organization, the incubation period of the disease is anywhere from 2 to 21 days. The case-fatality ratio for those infected with EHF is 25-90%.

Treatment for EHF is essentially non-existent. A drug was developed in 2010 which uses “small interfering RNA,” which sticks to the virus, crippling it. The siRNA must be administered within thirty minutes of infection to have any effect, making the treatment effectively useless, however. Current treatment is focused primarily on alleviating symptoms brought on by the disease as opposed to curing it altogether. The doctors and researchers at NML in Winnipeg believe to have found the magic bullet in the fight against the ebola virus.

Yesterday, the American Association for the Advancement of Science published a medical journal by the Winnipeg team. The researchers combined three types of neutralizing monoclonal antibodies which bind to and halt reproduction of the ebolavirus. Monoclonal antibodies, or mAbs, are antibodies cloned from a single cell. These antibodies are capable of producing an unlimited amount of identical antibodies in order to supplement the body’s own antibodies and fight disease. The mAbs used to combat Ebola were synthesized from the cells of mice which had been vaccinated with a part of the Ebola virus. The antibodies were administered to cynomolgus macaques which had been infected with Zaïre ebolavirus 24 hours earlier. All four macaques that were given the three antibodies recovered from the disease. The combination proved to be effective even when administered 48 hours after infection.

The researchers at the National Microbiology Laboratory hope to conduct a phase one clinical trial set, testing the effects of drugs on humans, before the end of 2014. Assuming that the antibodies prove effective in human test subjects, a drug could be produced which would spell the end for this deadly disease.