A new series coming in February. 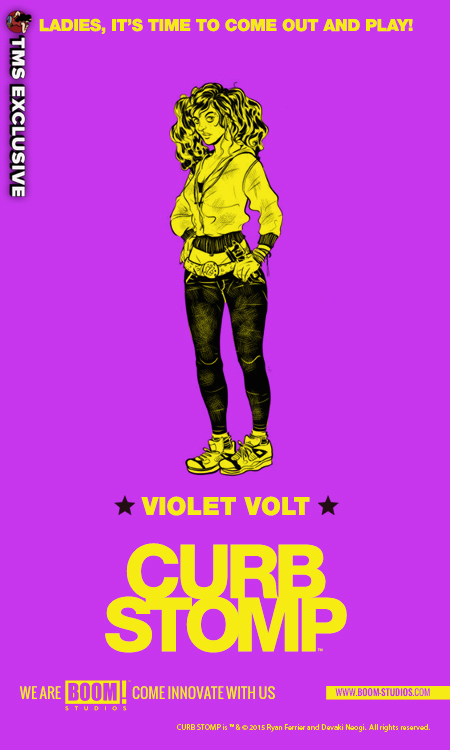 Boom! Studios wants to introduce you to Violet Volt, a member in good standing of the all-female street gang The Fever, who’re just trying to protect their turf by any means necessary. Violet and the rest of the Fever will be starring in Ryan Ferrier and Devaki Neogi’s Curb Stomp, a new four-issue series coming in February, in the style of The Warriors, The Wanderers, and Streets of Fire.

But we’ve only got one member of the Fever. If you’d like to meet the other ladies, you’ll have to find them on Comics Alliance, 13th Dimension, Comicbook.com, and Comic Vine.