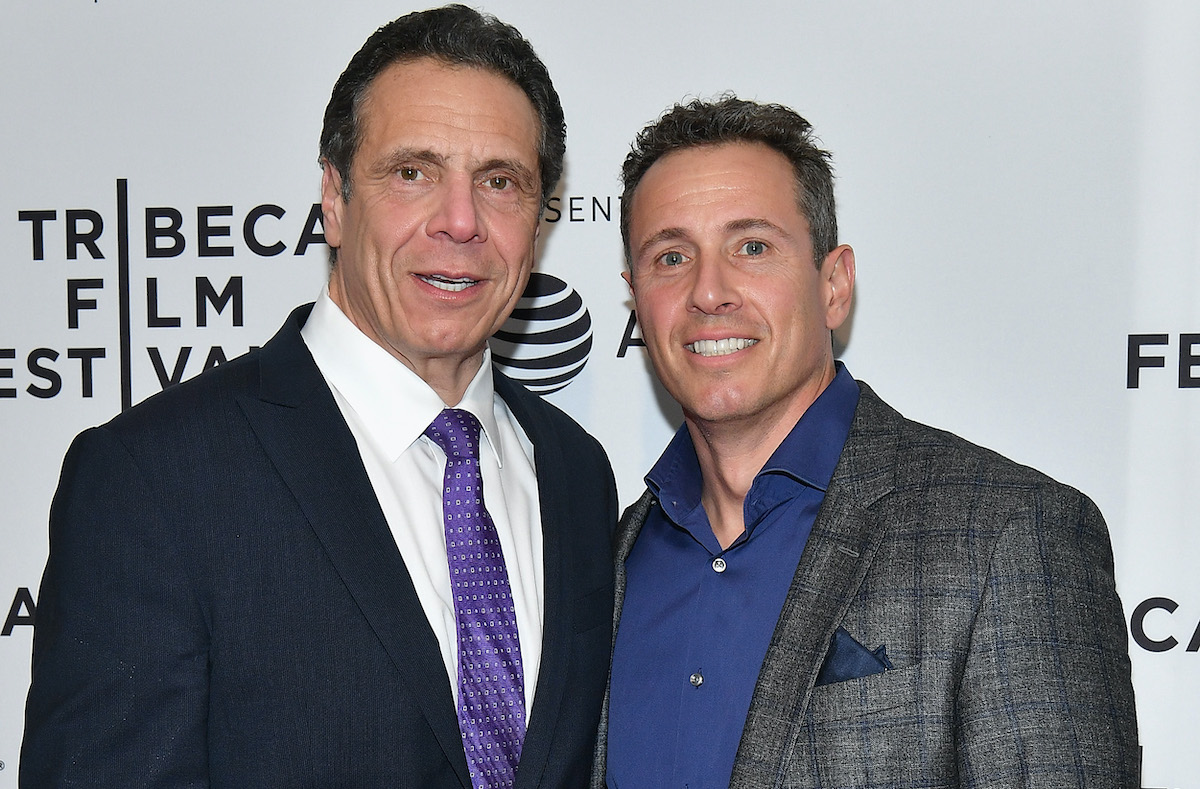 Earlier this year, as sexual assault allegations against Andrew Cuomo were piling up, the then-New York Governor’s brother Chris Cuomo refrained from covering the story in his capacity as a CNN anchor. This unofficial recusal was presented as an attempt to maintain ethical boundaries between the journalist and his politico brother, in order to avoid a conflict of interest.

But more than that, we knew that while Chris Cuomo stayed away from the subject on-air, he was deeply involved behind the scenes, helping his brother plot out his media strategy, pushing him to be more aggressive in his response and repeatedly arguing against his resignation.

And a new trove of texts and emails, as well as transcripts of testimony, show that his involvement was even deeper and more sinister than we previously knew.

According to these documents, which were made public Monday, Chris Cuomo acted as his brother’s strategist, defender, and even spy, using his sources from his career in media to help the former governor. He was in close, regular contact with his brother’s top aides regarding strategy in combatting the allegations. “Please let me help with the prep,” he texted one of those aides, Melissa DeRosa, back in March.

One damning example of Chris Cuomo’s unethical behavior came as he tried to help with damage control after a woman, Anna Ruch, spoke out about the former governor’s inappropriate behavior when the two met at a wedding.

DeRosa asked Chris to “check your sources” regarding Ruch—essentially asking him to work his professional relationships to gather information about his brother’s accuser. “On it,” Chris Cuomo texted back, later saying, “I have a lead on the wedding girl.”

Andrew Cuomo’s staff and political allies have been accused of leading smear campaigns against the women who have spoken out about his behavior. According to these documents, it appears Chris Cuomo was not just helping with that, but using his connections from his career at CNN to do so—all while pretending to stay out of the fray in the name of journalistic ethics.

After all of this came out Monday, Chris Cuomo proceeded to go on his show and say exactly nothing about it.

The AP spoke to Jane Kirtley, director of the Silha Center for the Study of Media Ethics and Law at the University of Minnesota, who said—as the outlet puts it—”journalists must understand they’re working for the public, not politicians.”

Kirtley said the extent of Chris Cuomo’s involvement in advising his brother is inappropriate, and since they’re brothers, “Maybe it’s time for him to find another line of work.”

She urged CNN to address the matter promptly, saying: “You can’t act like this is not happening. You’re a news organization.”

CNN has said that it plans to give the new documents a “thorough review and consideration,” and that they will “be having conversations and seeking additional clarity about their significance” in the coming days.

If some news channel intern did what Chris Cuomo did they’d have been fired one second after these docs were published https://t.co/IVw6XvKujP